A totem pole for Cologne – it gets colourful!

12. Oktober 2013 “Oh wow, there is even paint on it!” I was at least as surprised as many of our visitors as Uncle Harold pressed a paintbrush into my hand and told me which part of the thunderbird I should paint which color. He has not even finished carving it yet! But then Uncle Harold explained that it is common for the two carvers to begin painting the parts of the pole that are finished already. “And why?” I asked.  He said that the color would give them a good impression of the completed pole, and enable them to better recognize the true nature of the totem pole. The Cowichan traditionally use the colors red, black and white. Before the invention of acrylic and similar paints, these dyes were created from various earthen materials as well as, for example, red berries or black ash and bear fat. Covered with a coat of seal fat, these were also weatherproof! In addition to red and black, the colors yellow and green will also appear on the Cologne totem pole. The Cowichan Tribes began using these colors later in their history. The colors, just like the animals, have a certain meaning for the Cowichans. Red symbolizes the day, black the night, or also protection and strength. Green stands for Mother Earth and is primarily used for the eyes of the animals. Yellow is mainly used for the beaks of the eagles and thunderbirds and highlights the birds’ function as intermediaries between heaven and earth. Claudia Brandt Translated by Pilar Wolfsteller Photos: (c) Sami Fayed 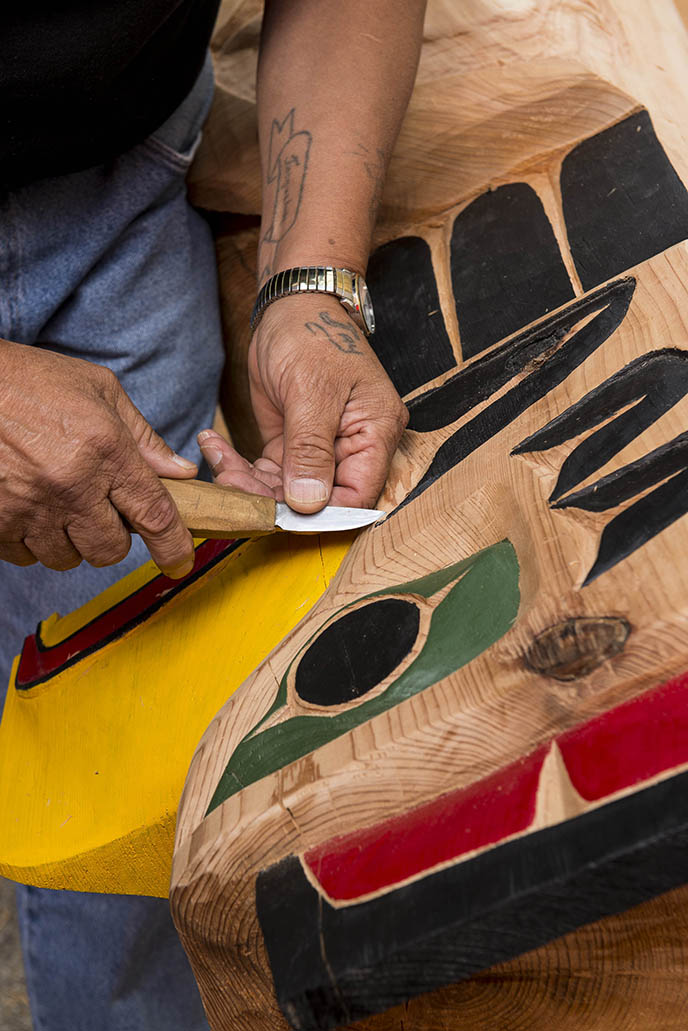 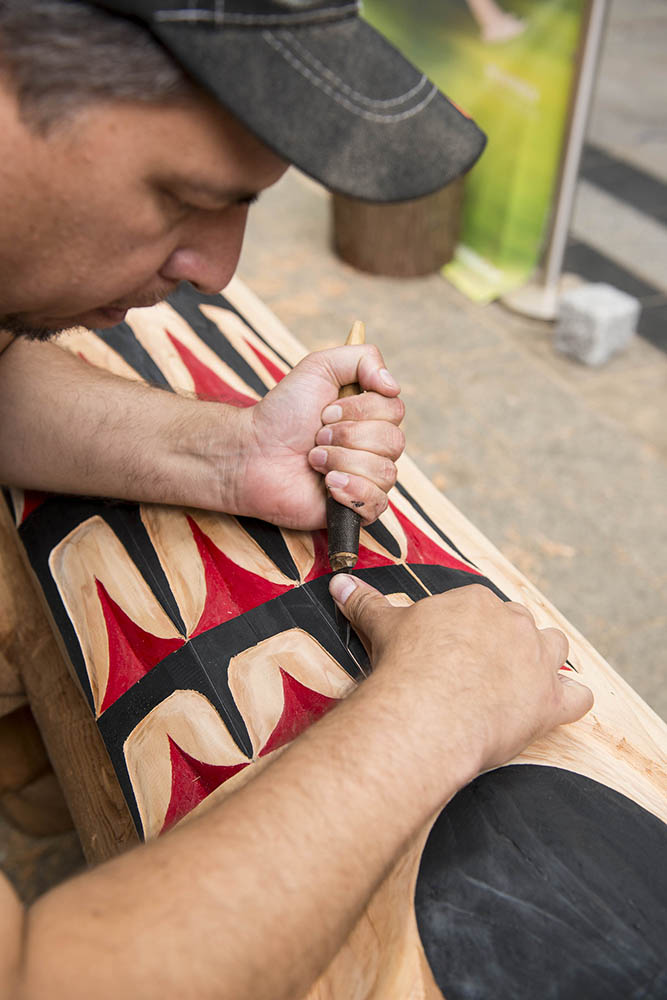 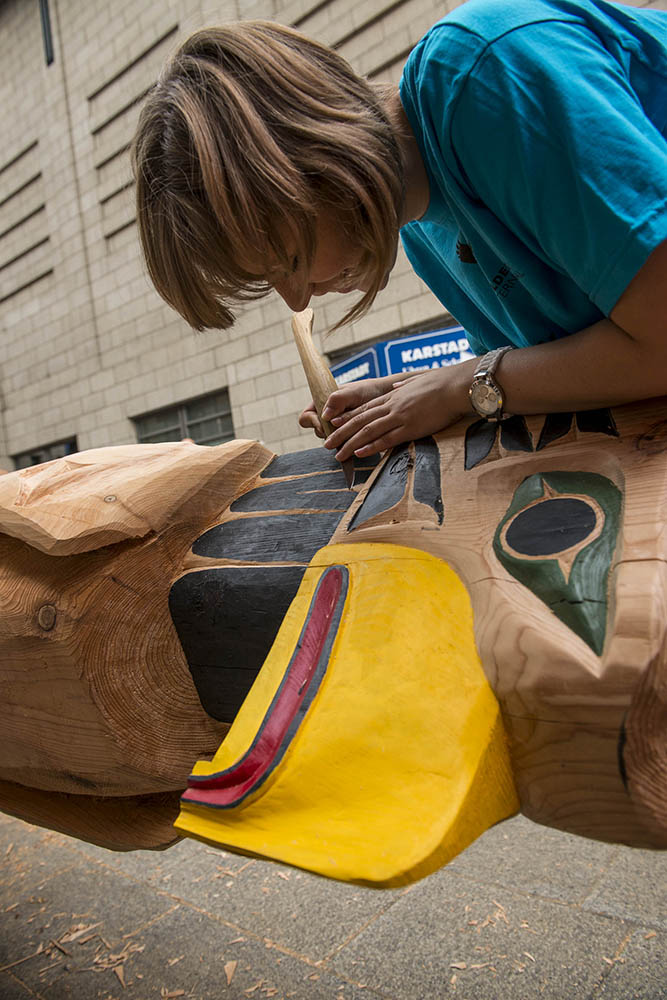 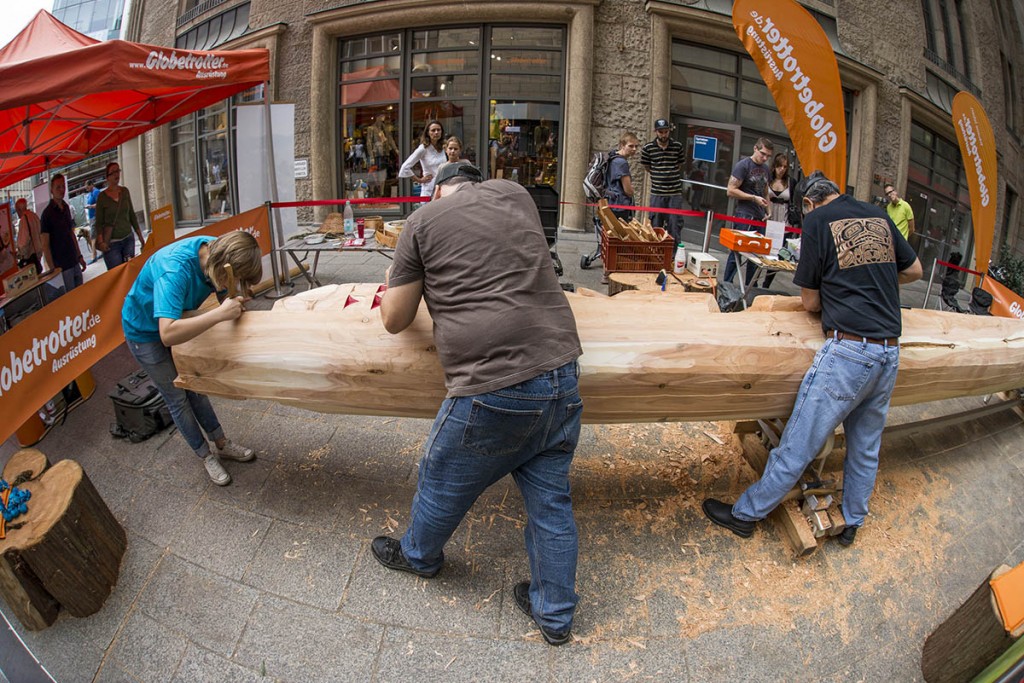 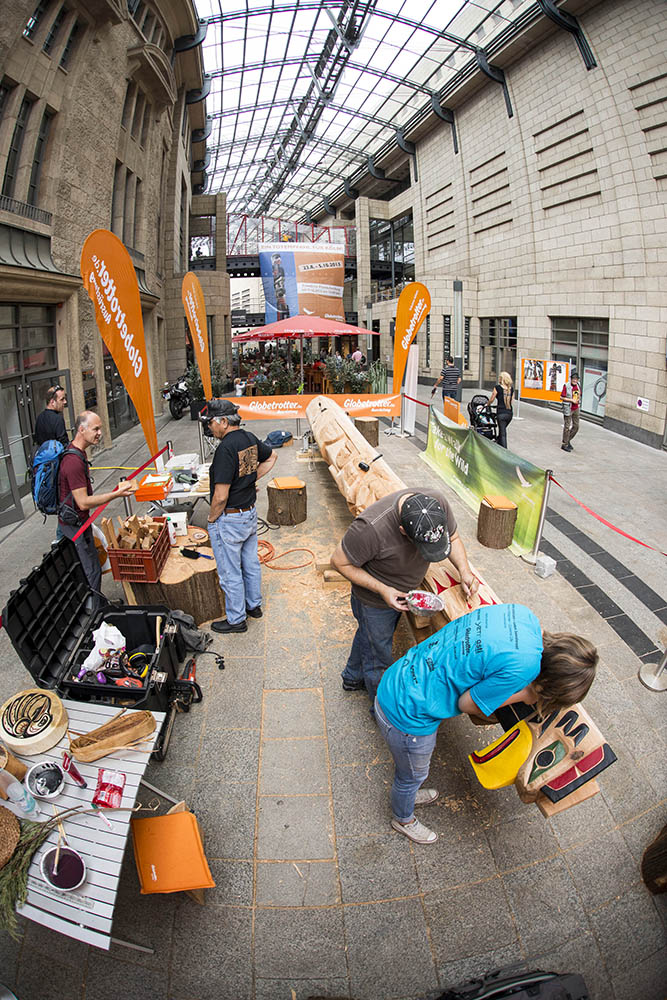 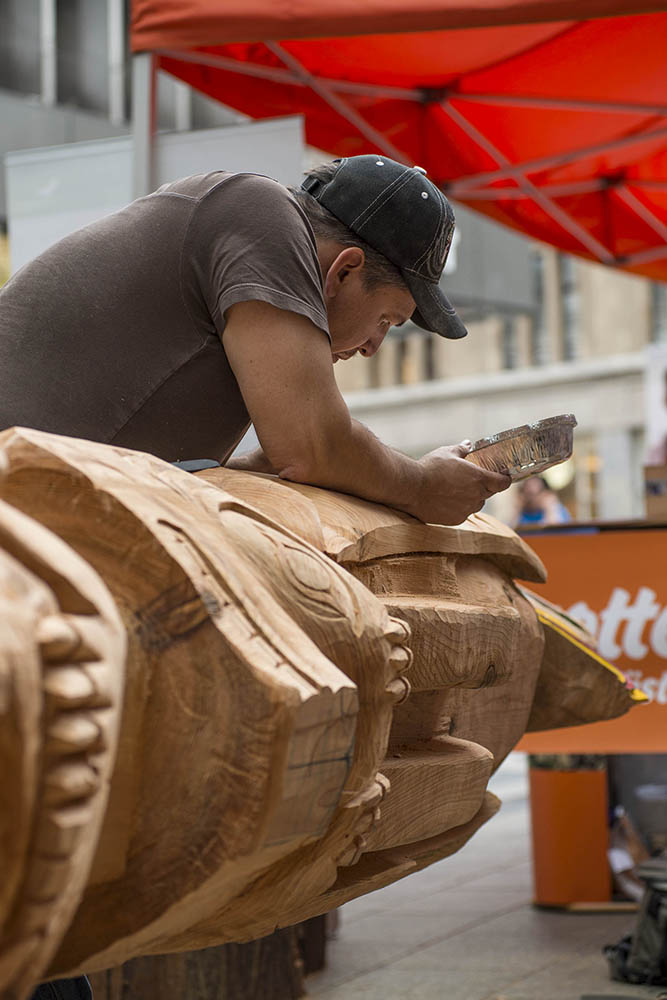 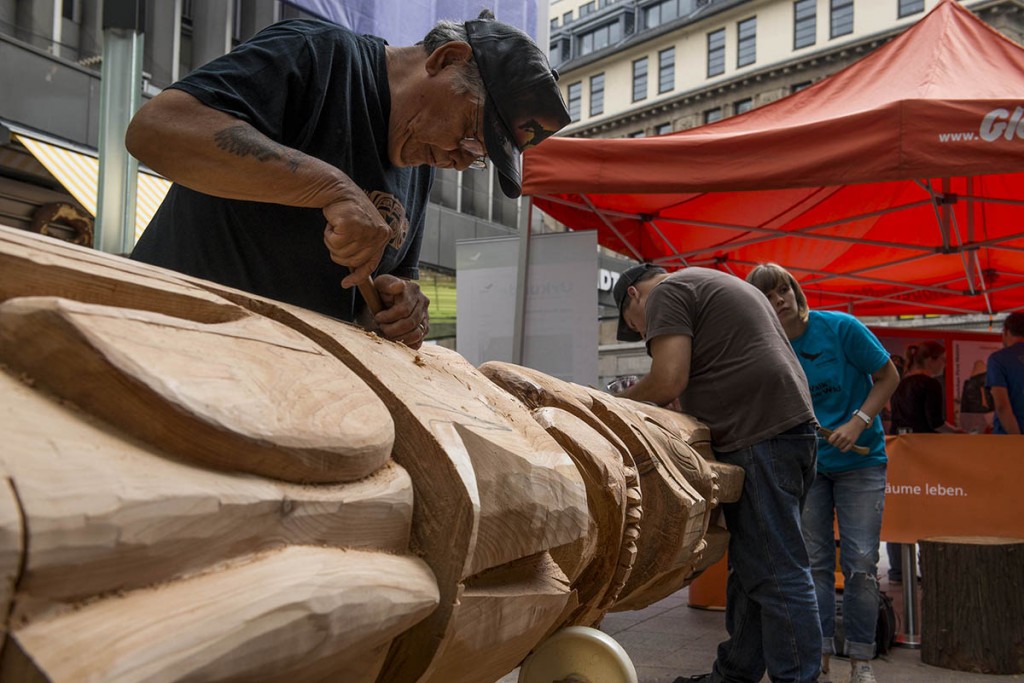