A totem pole for Cologne – Meetings at the pole

23. September 2013
Wind and rain do not stop anyone from taking a look to see how the totem pole carving project is progressing. Michael, of Cologne, was here a few times already with his camera, to document every phase of the carving in photos. Today he arrives at 2pm in order to give the two First Nations a collage of his photos as a gift. He has also lovingly arranged a collage for Globetrotter. George Rice is moved and excited about this much individual personal interest. The parents of Florian have thought up something very special for their son. On his 13th birthday they invited him and his friends to a carving workshop with the master carvers Harold Joe and George Rice. The six boys are enthralled as they carve their small totem poles of cedar wood, following the example of the big pole. They happily carry their works of art home. Florian is also the recipient of his own piece of 64 square meters of ancient rainforest in Canada, which was financed through the carving event. Thank you so much! More and more people are interested in the carving workshops. After all, when does one have the opportunity to personally help create a work of art and acquire first-hand knowledge from master carvers? Globetrotter has organized workshops for its apprentices. The young people learn not only about the carving project and the protection of the temperate rainforests, but also about how the entire project, ie. the cooperation with the Cowichan First Nations, the Wilderness International foundation and the Rautenstrauch-Joest Muesum fits into Globetrotter’s corporate culture and values. Following their participation in the workshops, all of the apprentices will hold presentations about the project. Also, the members of the SDW Dormagen (Schutzgemeinschaft Deutscher Wald Dormagen e.V. – the Society for the Protection of German Forests Dormagen) are enthusiastic carvers under the tutelage of Harold Joe and George Rice. Thanks to them, we were able to acquire the giant red cedar that had been befallen by tree rot in the Dormagen forest, and use it as a donation for the environmental protection and carving project. This makes the campaign real for everyone. The work shows that the totem pole has become a project of meetings. An exchange of cultures, culture and humanity. We are excited about the last remaining weeks of the project until the celebratory unveiling on October 5th. And we are looking forward to further wonderful meetings at the pole. Ellen Weiland Translated by Pilar Wolfsteller Photos: (c) Ellen Weiland 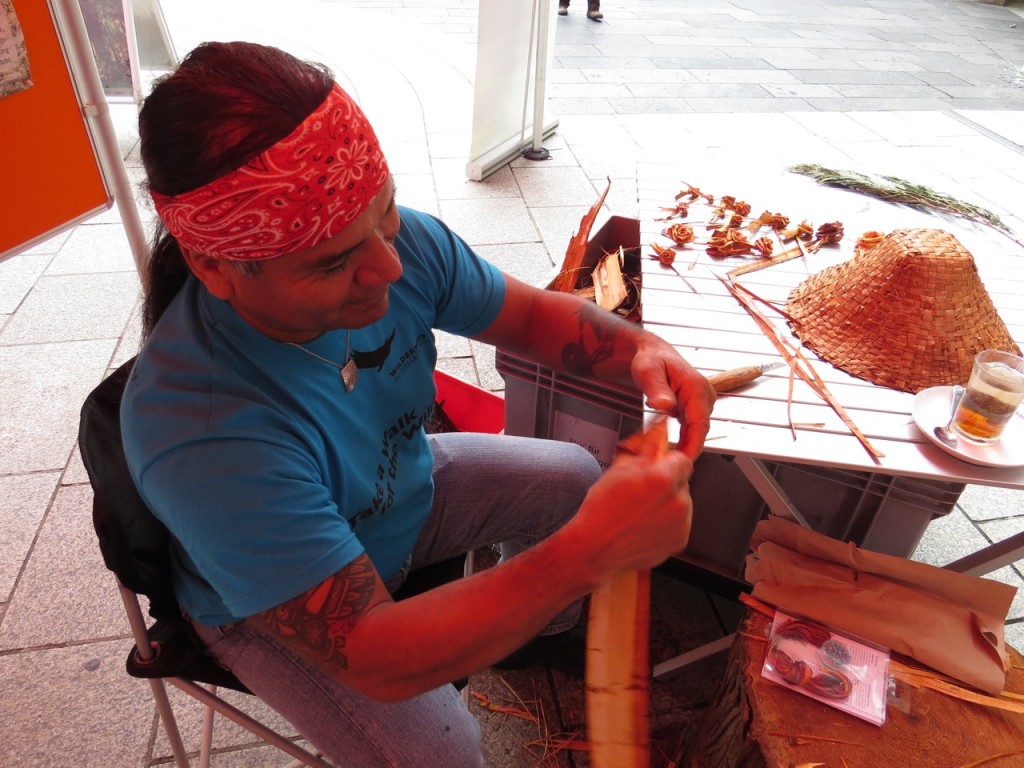 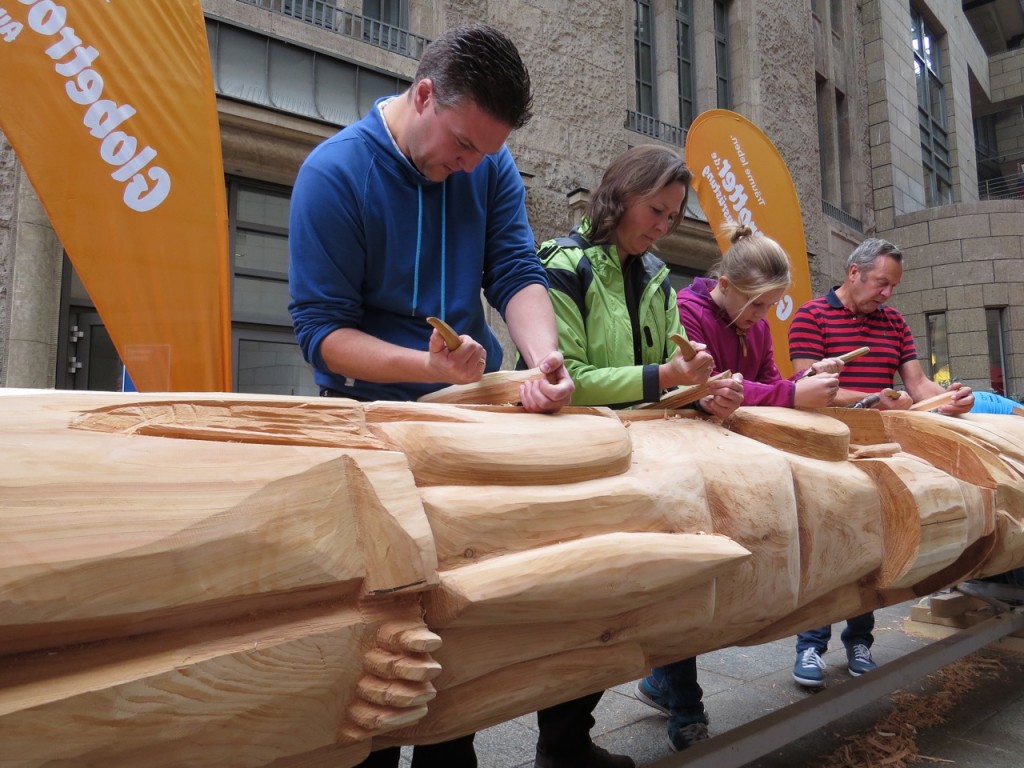 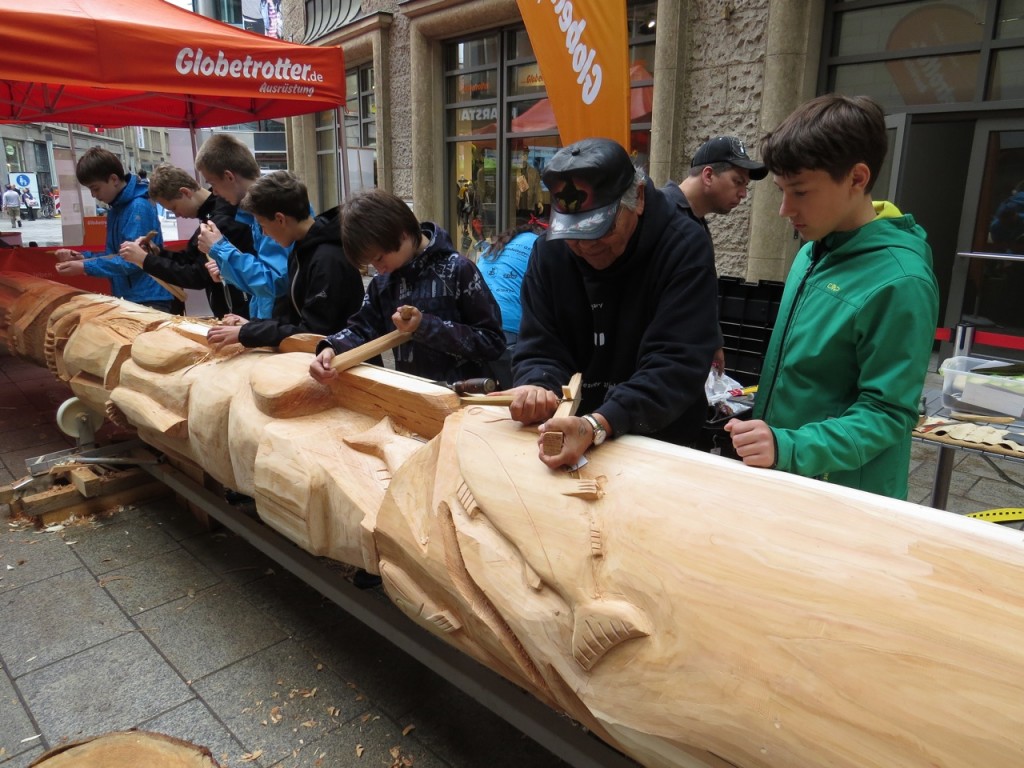 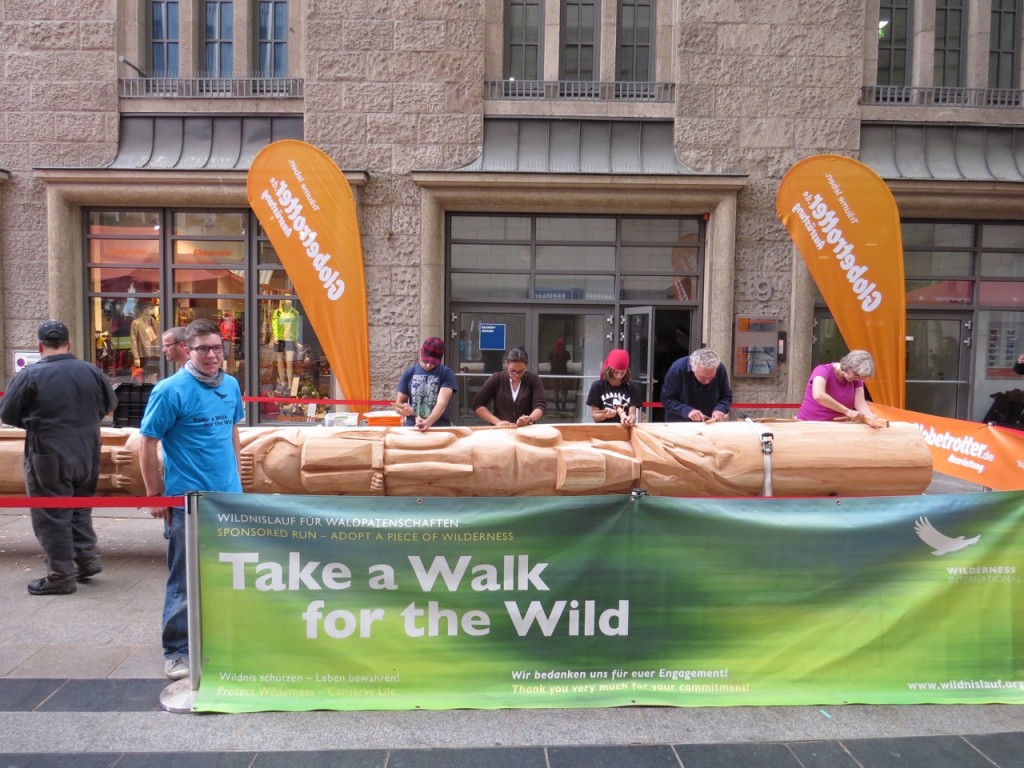 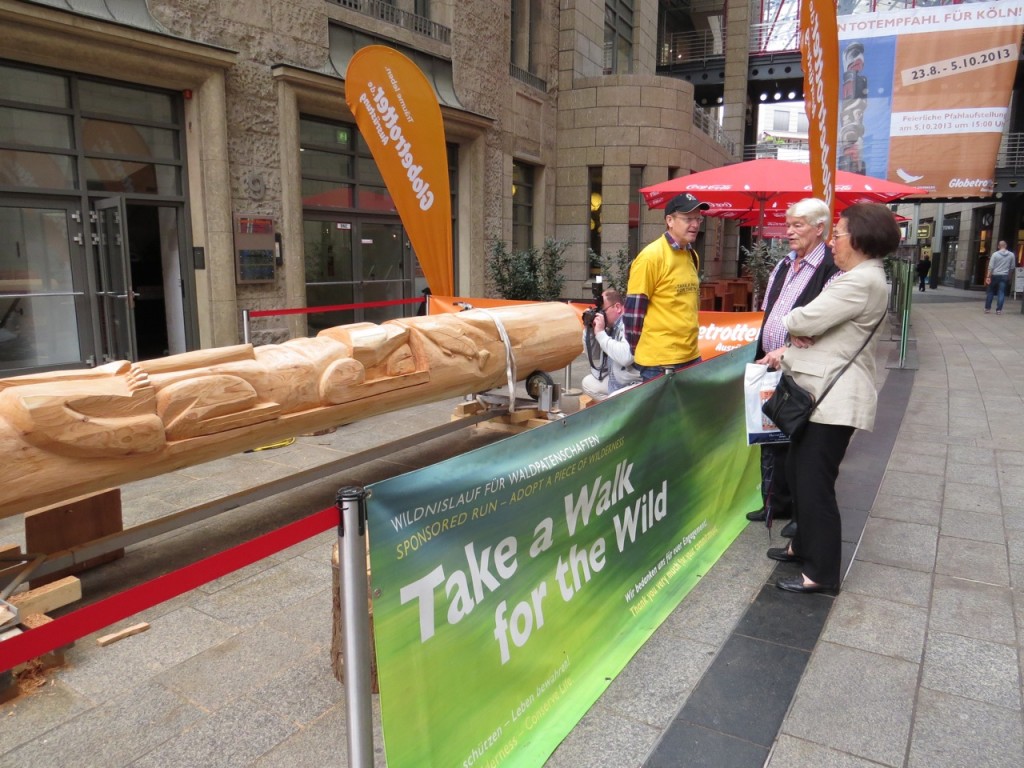