A totem pole for Cologne – that smells so good!

5. September 2013 “The wood smells so good, what kind of tree is that?” “What will this become?” “Oh, this is such a cool idea – it fits perfectly to Globetrotter!” “Oh yes, the Rautenstrauch-Joest Museum is the perfect place for it.” “It is so great that Wilderness International is campaigning for the Canadian rainforests – I have been there often and I love the huge old trees on Vancouver Island.” These are some of the things I am hearing during my five days at the totem pole project in the middle of Cologne’s center city. The people of Cologne are interested, friendly and open. They want to have everything explained to them in detail, because – when does one have a chance to watch the creation of a permanent piece of art – live? Uncle Harald Joe and his assistant George Rice from the Cowichan First Nation tribe on Vancouver Island are spending six weeks publicly creating a totem pole in front of the Globetrotter in Olivandenhof. As soon as they begin working on the lovely giant cedar tree, people stop to look. Many of them grab a carving knife themselves and under the competent instruction of Uncle Harald Joe, learn how such a figure is carved. The First Nations encourage children to come over, and teach them the basics of the craft. One can also take part in a real carving course. The fee of 5 Euros will go directly to Wilderness International and therefore towards the protection of the temperate rainforest of Canada. After all, the totem pole shall be of and for the people of Cologne. There will be a drum ceremony on October 5th 2013 in front of Globetrotter upon completion of the totem pole, and then it will be erected at the Rautenstrauch-Joest Muesum in a ceremony on May 15th, 2014. The First Nations feel the warmth and the ongoing interest of the people of Cologne in their work and in the ancient forests of the west coast of Canada. They are happy that they can pass on a piece of their threatened culture in this way. In the next few blogs you will read about the significance of the individual animals that Uncle Harold and George will carve into the totem pole. Already, one can completely distinguish the thunderbird, which will be at the top of the 8-meter high totem pole. Ellen Weiland Translated by Pilar Wolfsteller You find more photos here. 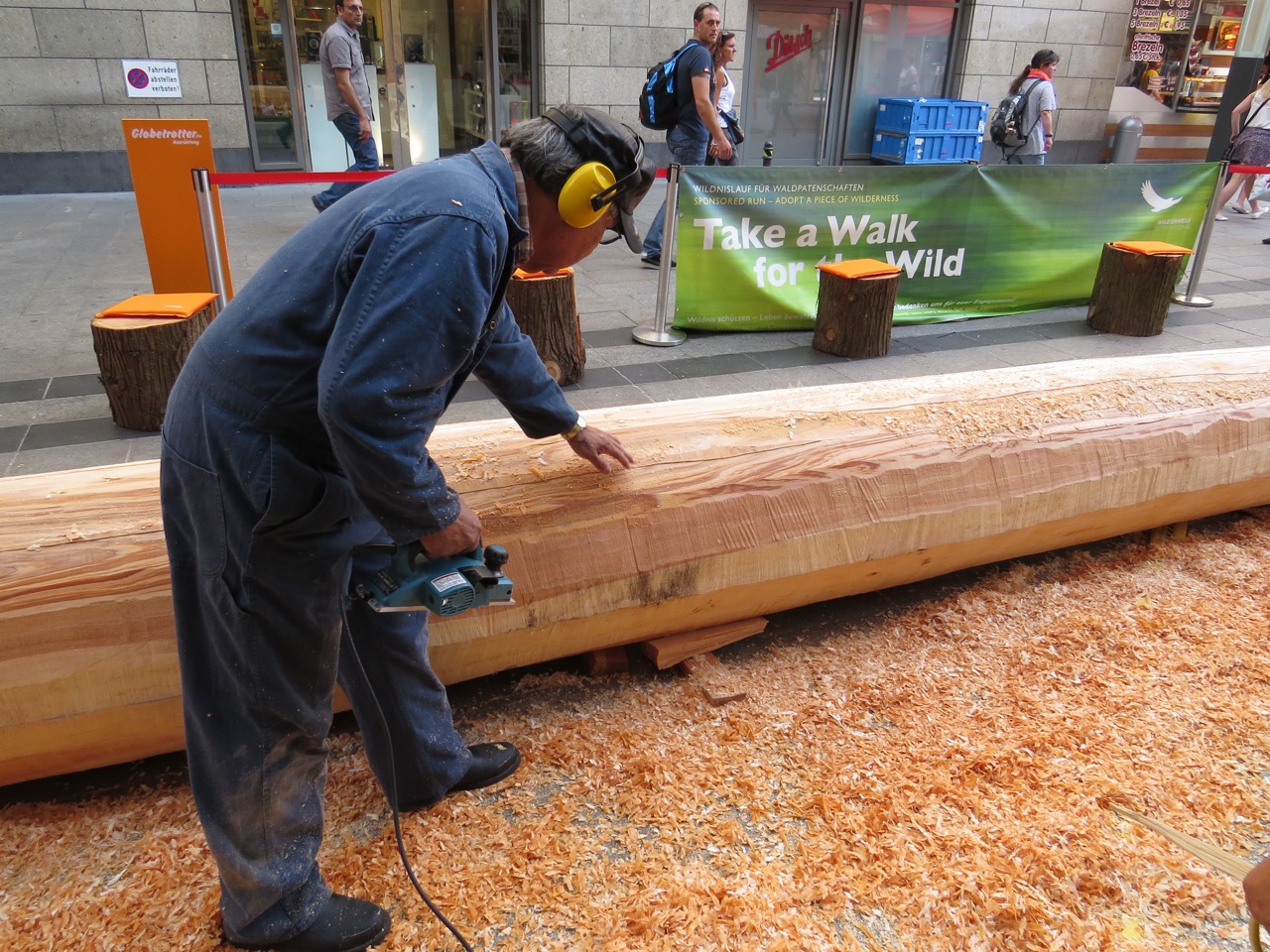 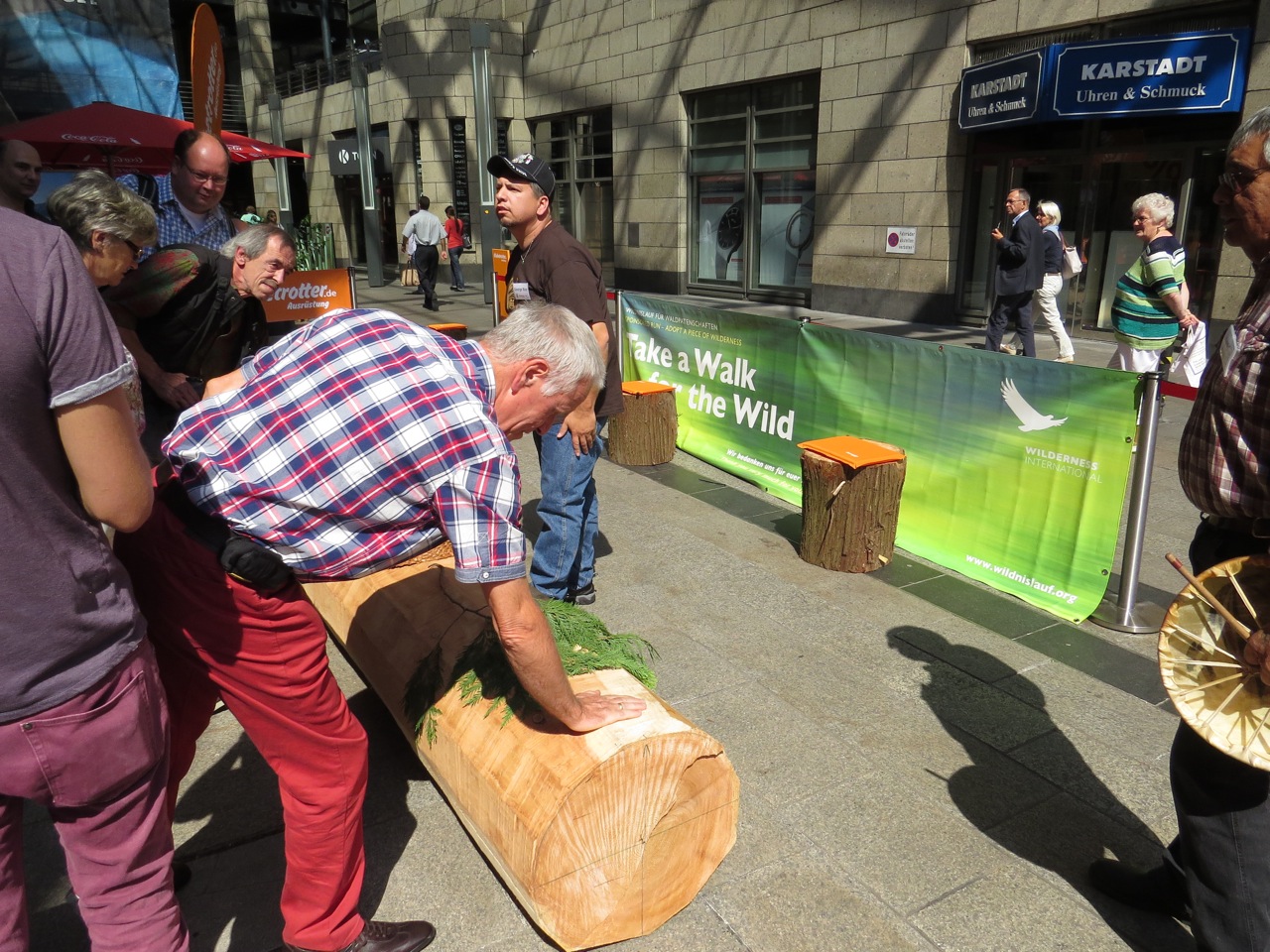 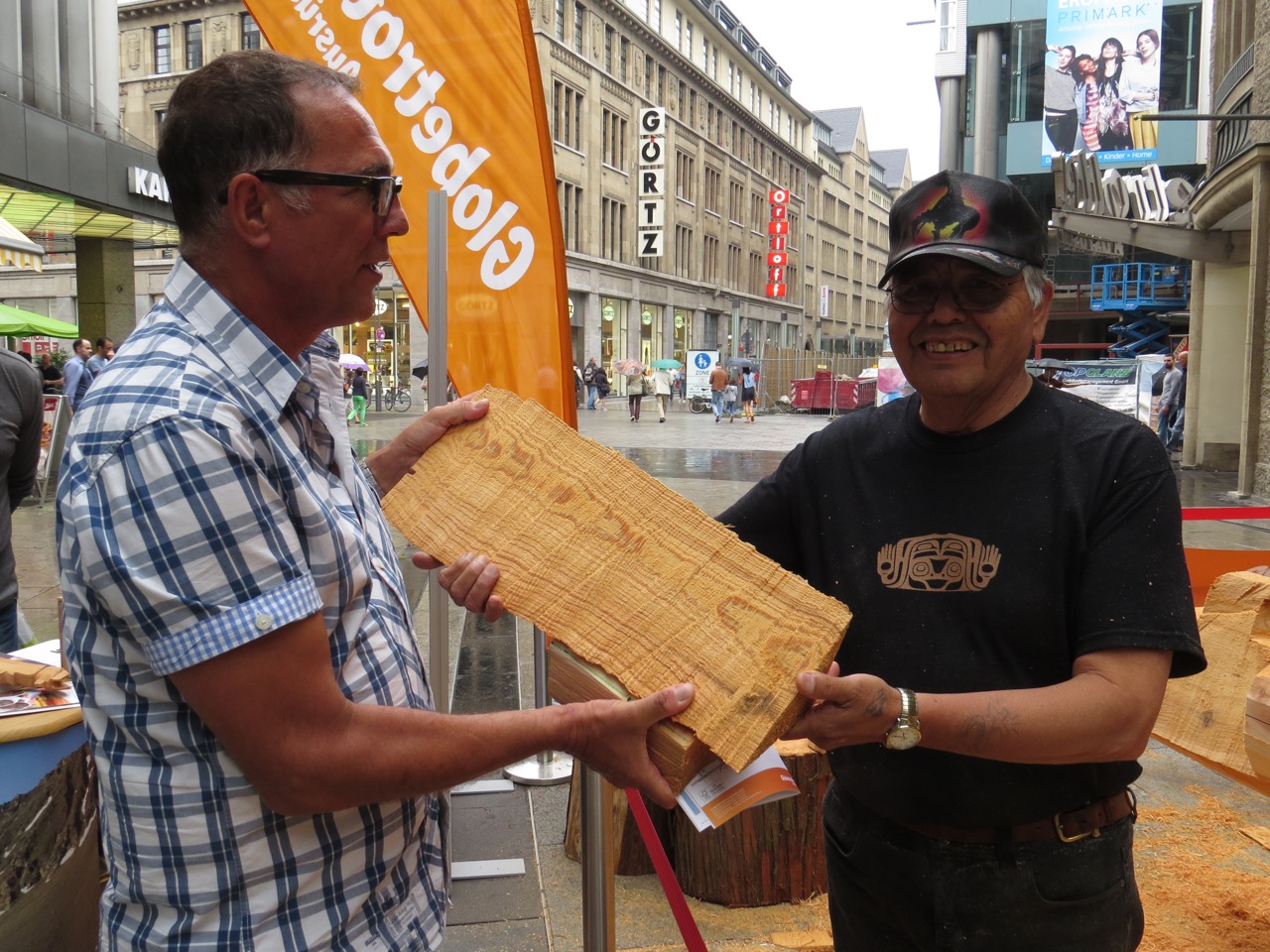 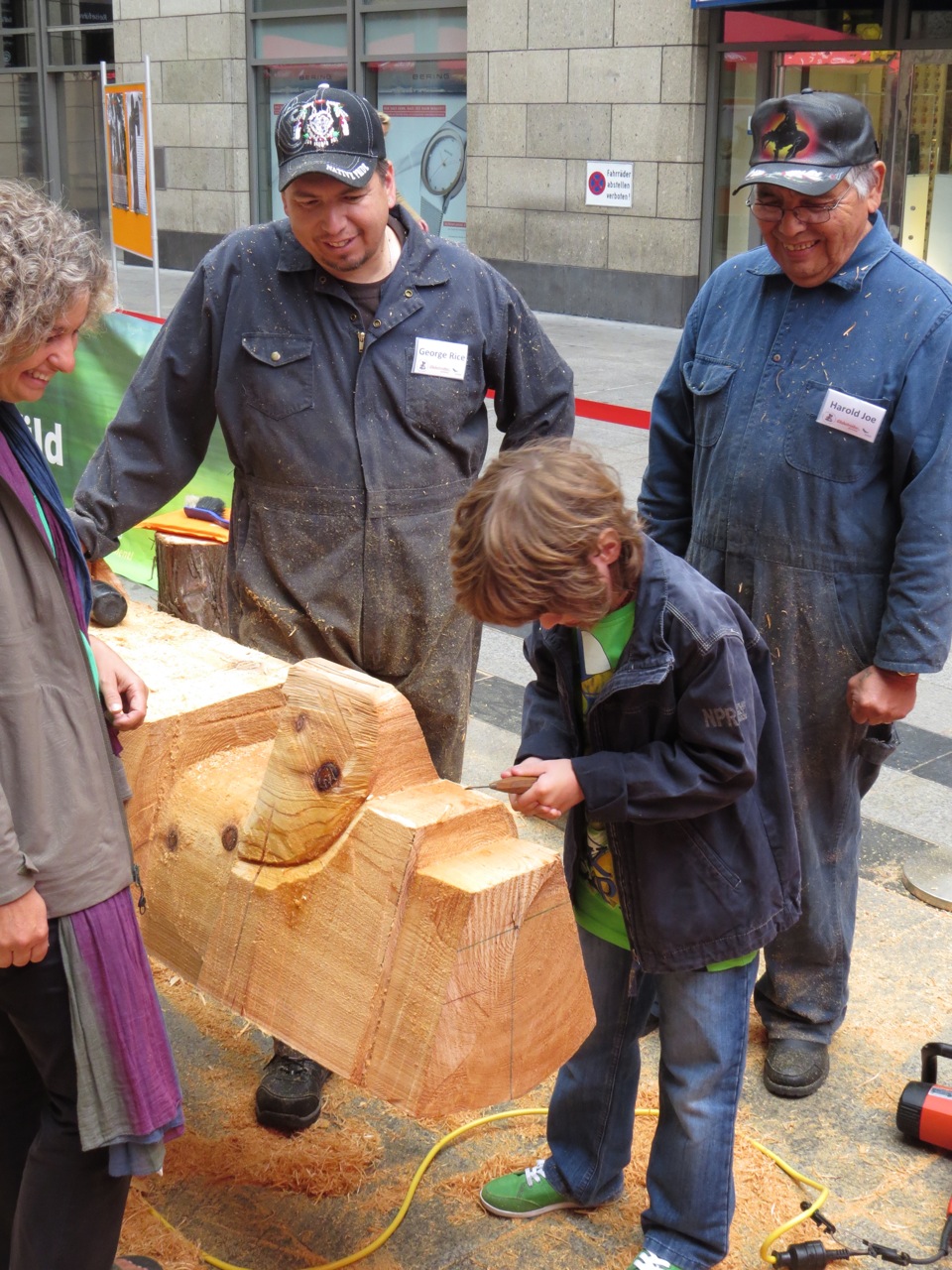 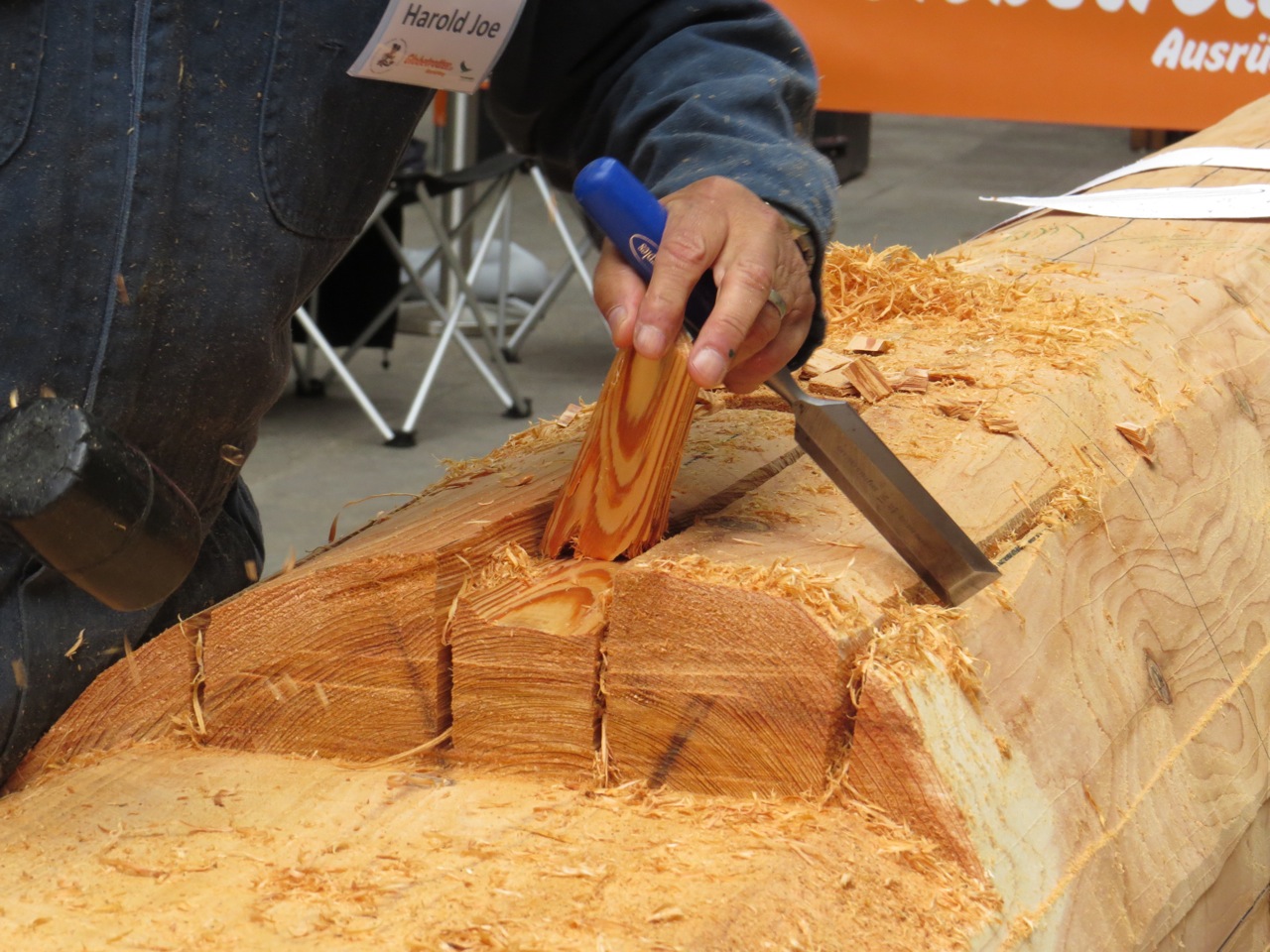 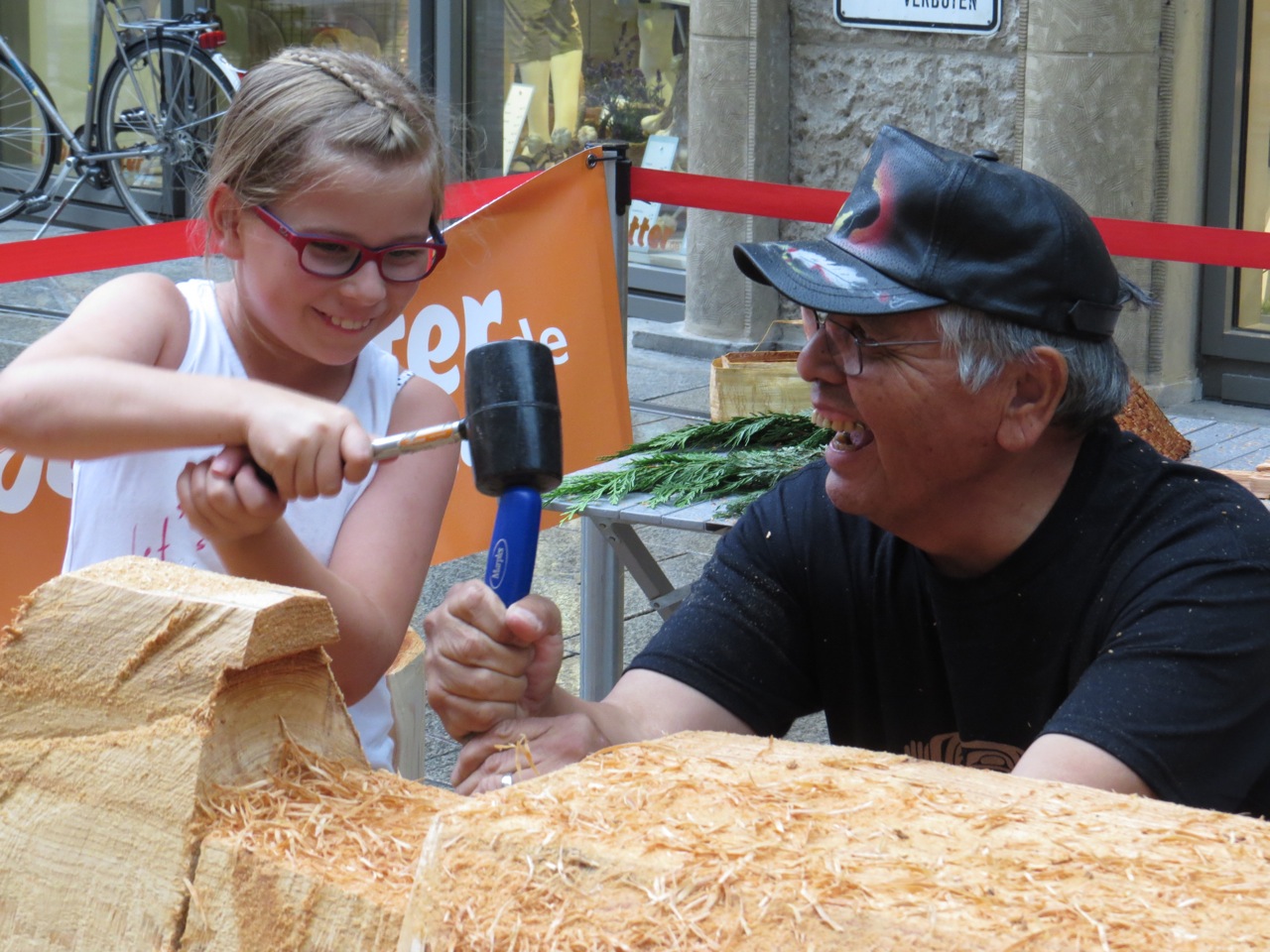 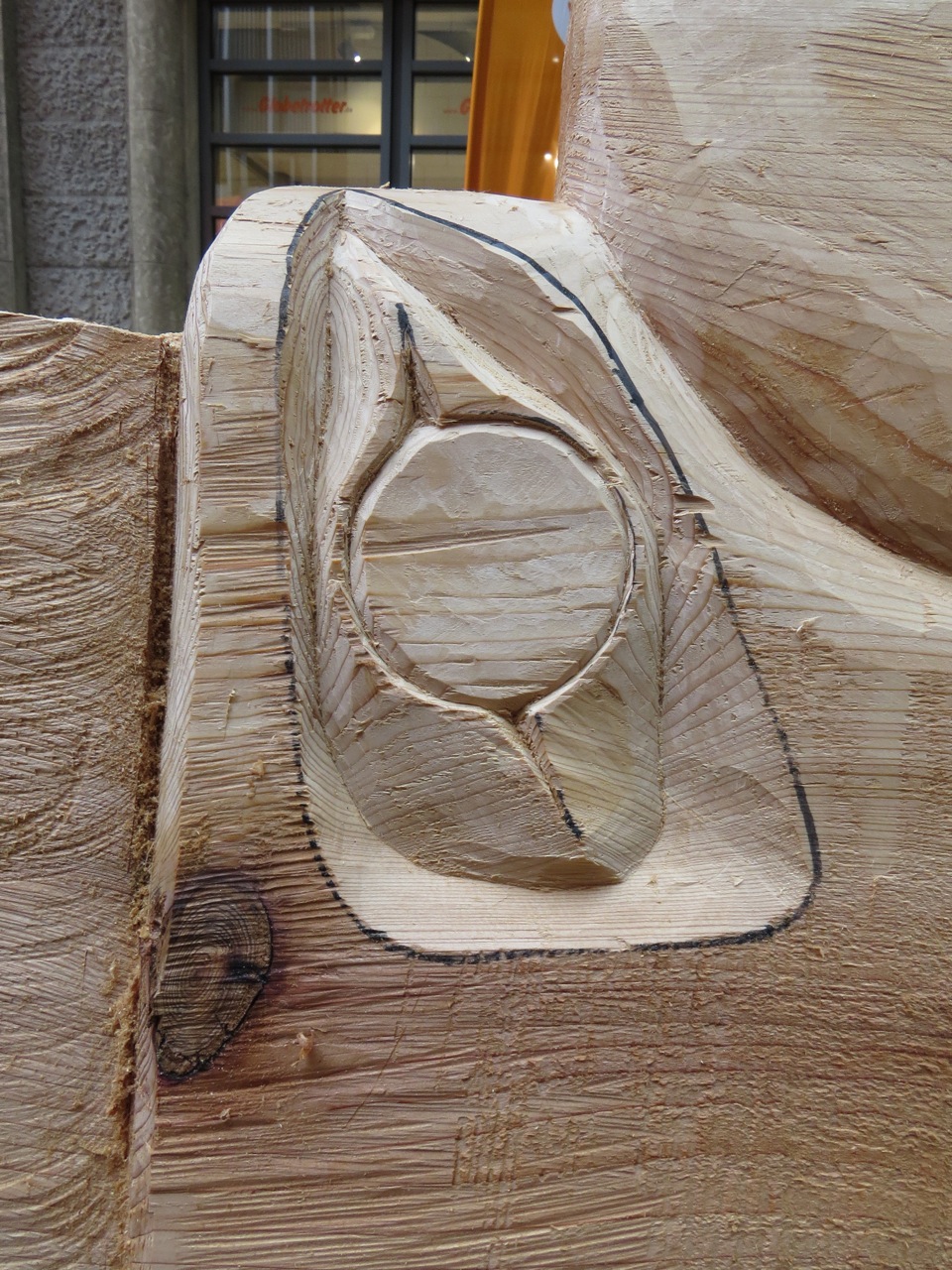 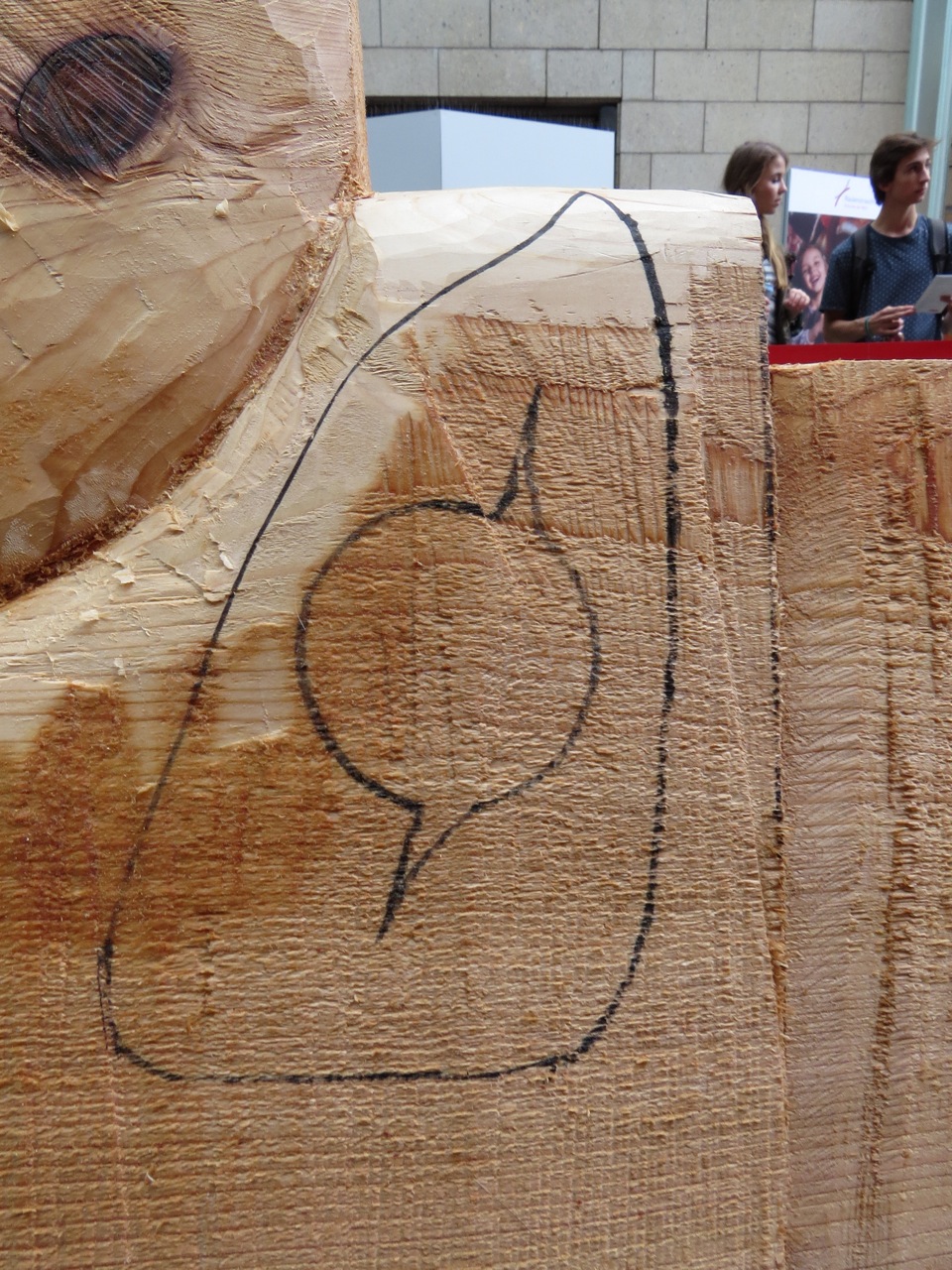 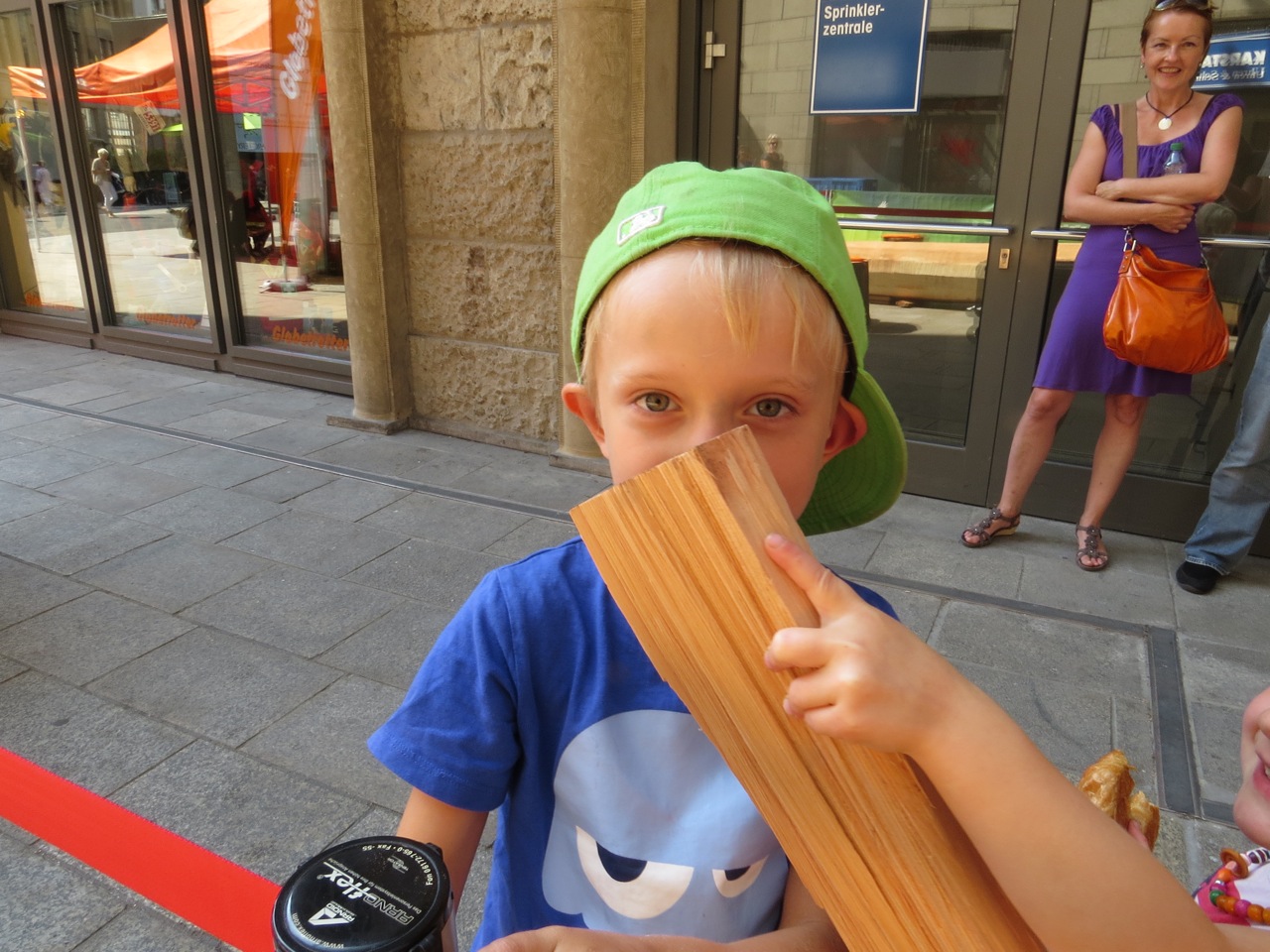