3. September 2013 It’s very early in the morning as we arrive at the place in the forest of Dormagen where a huge giant cedar (Thuja) has been felled. We are with Harald Joe and George Rice, who are from the Cowichan First Nation tribe on Vancouver Island. We spent almost a year looking for an appropriate tree for our totem pole mission in Cologne. It was only with the help of Schutzgemeinschaft Deutscher Wald Dormagen (thanks to Mr. Marc Pellekoorne) [website link] and Sami Fayed that we found out about this giant, and that it could be felled due to its rotting trunk. In 1897 the Prussian king had giant cedars imported from Canada, and planted them in this forest in Dormagen. We breathe a sigh of relief as we see the two Indians touch the trunk of the tree in reverence. It is perfect for our project “A totem pole for Cologne”, even if the diameter of the tree trunk, only 85 centimeters, is much smaller than it would be in Canada. Harald Joe brings his drum and calls up four men from our team for the ceremony in which the tree will be thanked that it gave its life for the creation of a totem pole. George Rice, Klaus Weichbrodt (Head of the Globetrotter store in Cologne), Kai Andersch (CEO Wilderness International Germany) and David MacDonald (Director Wilderness International Canada) walk around the trunk of the tree, each holding a branch and a small container of water, to the sounds of Harald Joe’s drumming and singing. They drip water on the tree trunk. In this way life is given back to the tree. It is also the opportunity to create a close relationship between the cedar and us humans. Afterwards, Ole Schulz (Marketing for Globetrotter Cologne) and Ellen Weiland (President of Board of Directors Wilderness International) are asked to come to the trunk and conduct the “first cut” with an ax, the ceremonial cut into the outer bark, which is carefully removed from the trunk. Tradition calls for all parts of the giant cedar tree to be reused. The inner bark was always used to braid rain hats and protection as well as the production of baskets and other containers. After the ceremony, the First Nations begin to prepare the tree for the creation of the totem pole. At the beginning we all help, with our bare hands, in order to separate the outer and the inner bark from the trunk. We are enveloped by the wonderful scent of cedar wood. Residents of Dormagen pass by on foot or their bicycles, and they stop to ask us what will happen with “their tree.” They are relieved when we tell them that the beautiful giant cedar will become a totem pole for the city of Cologne, and that when it is finished it can be admired at the Rautenstrauch-Joest Museum “Cultures of the World” [website link], where it will be on permanent loan. Ellen Weiland Translated by Pilar Wolfsteller You find more photos here. 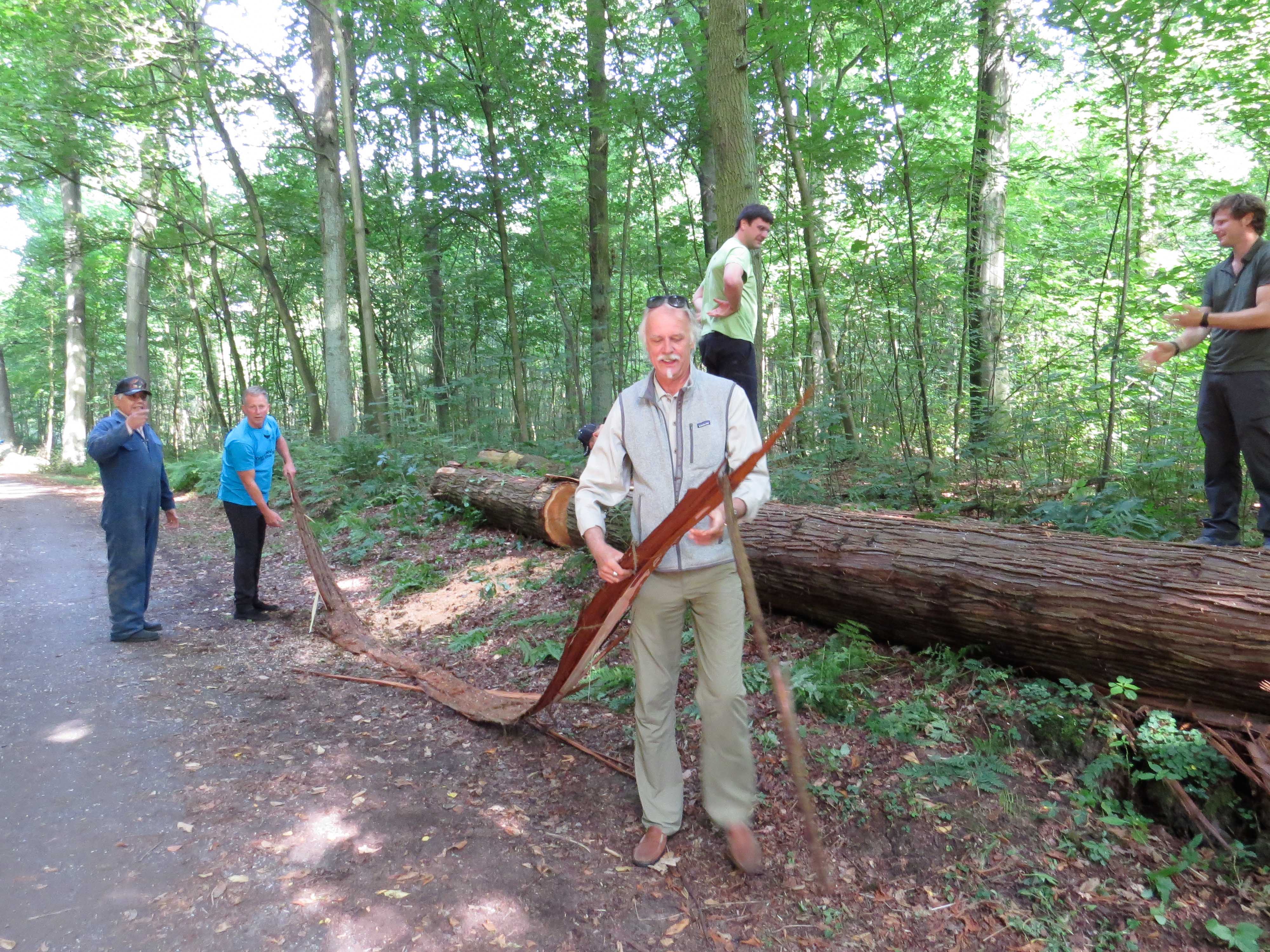 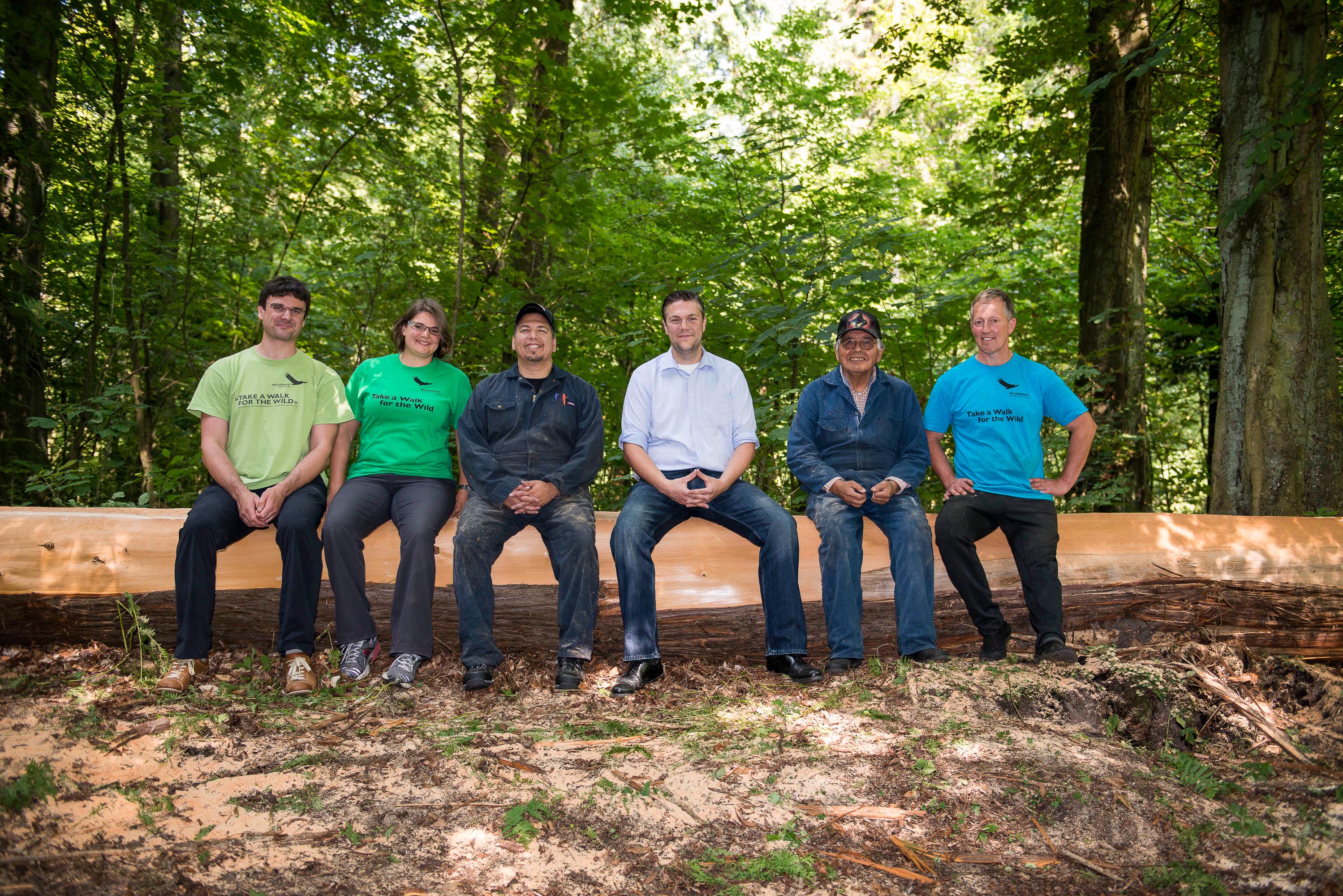 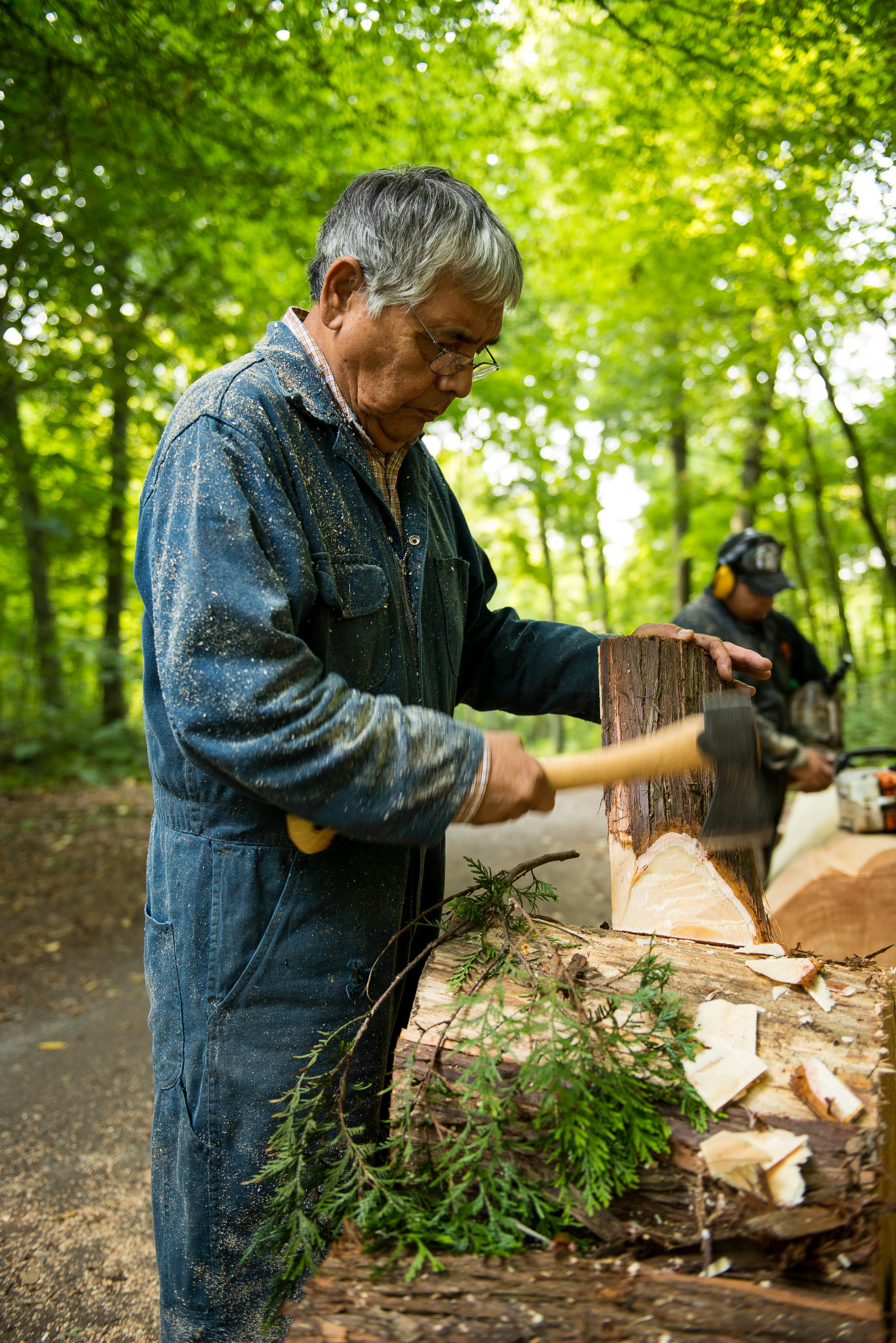 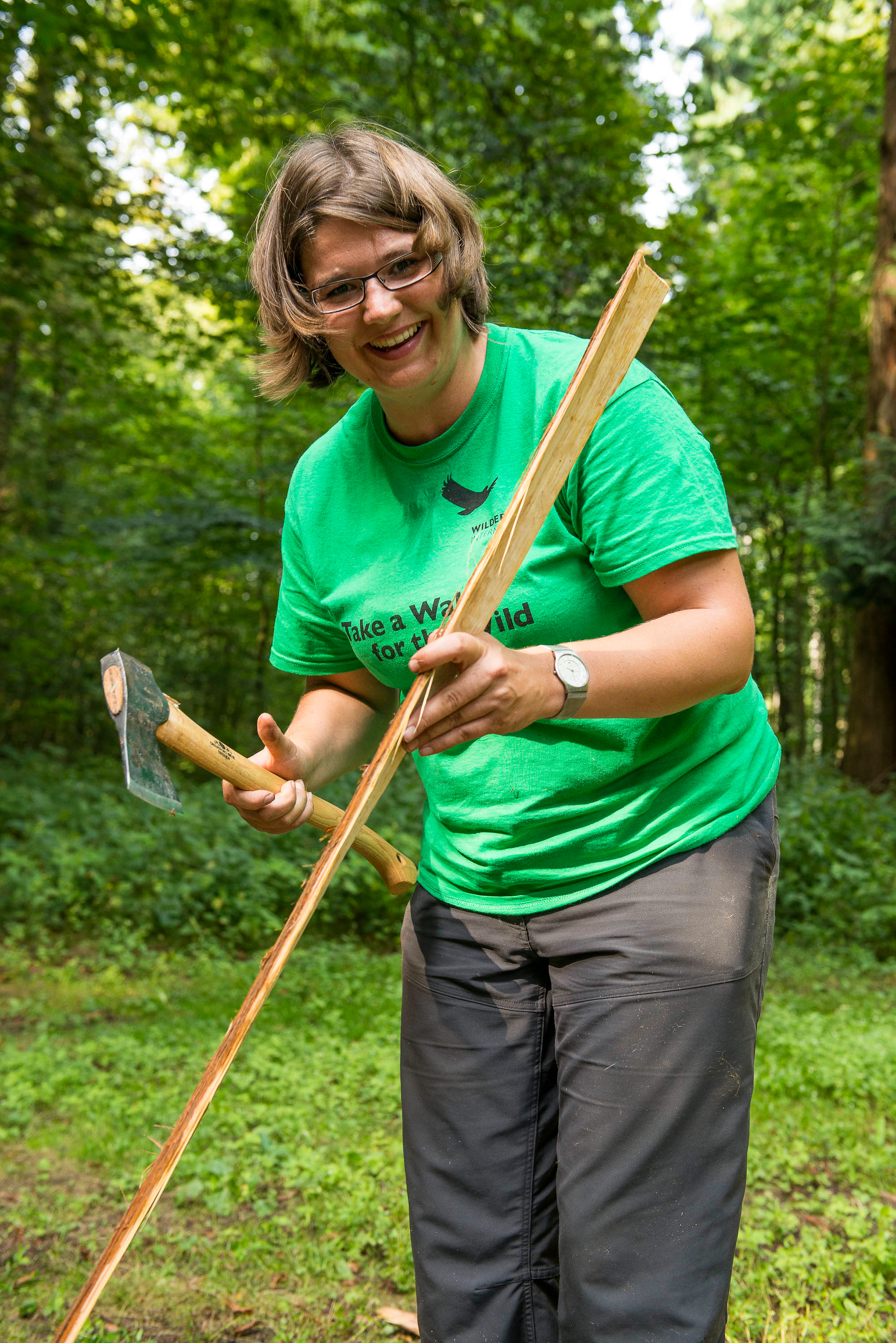 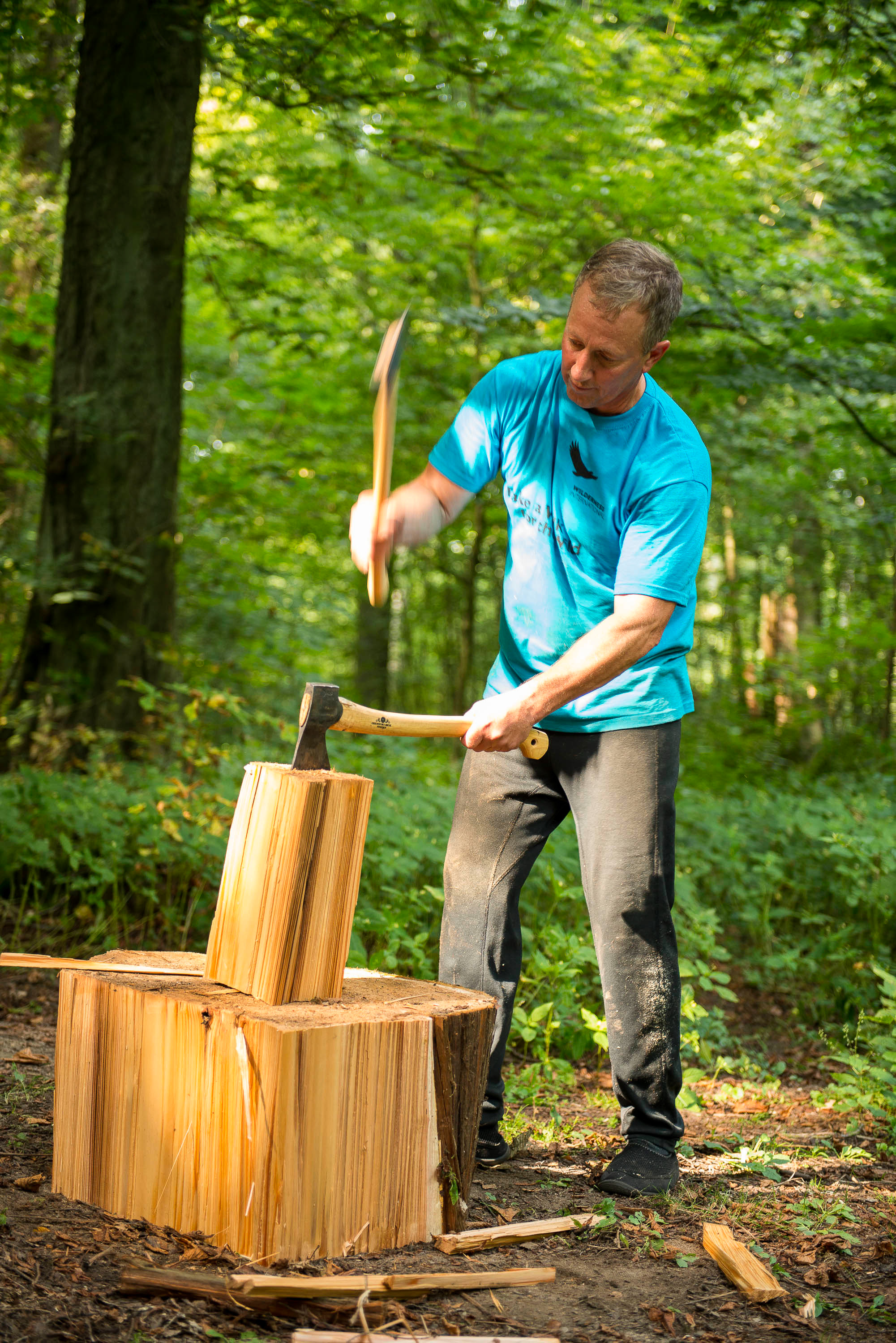 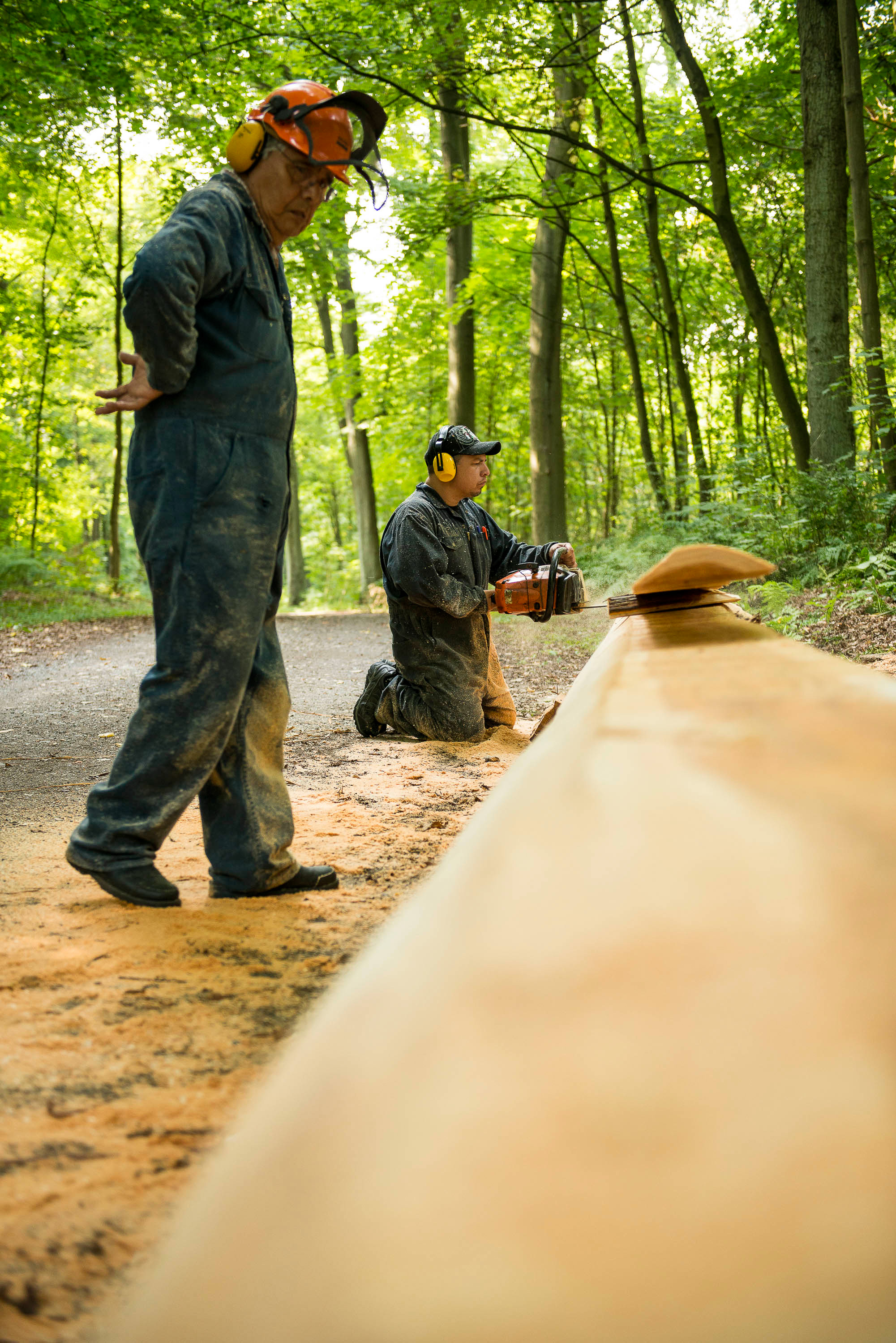 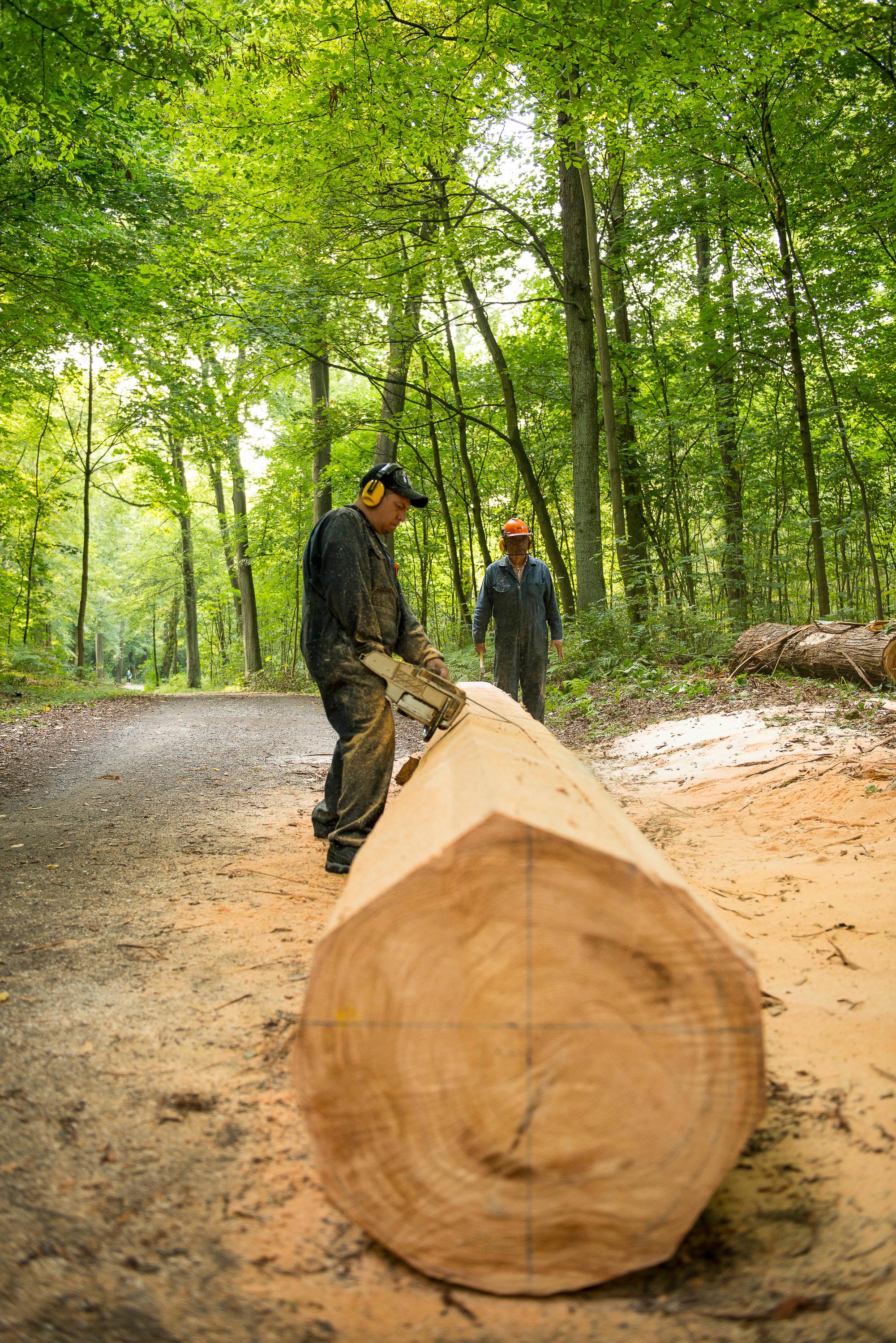