A totem pole for Cologne – The Thunderbird

7. Oktober 2013
The Cologne totem pole will be crowned by a Thunderbird. When they see it, many visitors think of an eagle. But when one notices the feathers on the head, one sees it is a thunderbird.
The thunderbird is an important figure from First Nations mythology. It is a giant bird that lives on the peaks of the highest mountains, who watches over and protects the world. When it opens its beak, it thunders. When it blinks there is lightening.
After a week’s work, the head and the legs with the claws are almost finished. On the bird’s breast and wings the plumage still needs to be done. After this is completed, the thunderbird will receive a coat of acrylic paint.
Often the thunderbirds on Canadian totem poles have their wings spread wide. Unfortunately this is not possible on the Cologne pole, because the diameter of the tree trunk is not as large as it would be on a similar tree found in Canada. So the bird’s wings are flat against its body. But you also see this in Canada often, too, for example on the totem poles in Duncan!
The first carving workshop for children between the ages of 10 and 13 took place last Wednesday. They were able to carve their own thunderbird from a small piece of the wood from the same tree under the careful instruction of Harold Joe and George Rice. The kids‘ enthusiasm was contagious!
Below the thunderbird, we begin to see the carved form of the bear – but more on that in the next blog!
Brigitte and Miriam Heyduck Photos: (c) Ole Schulz, Brigitte Heyduck, Ellen Weiland 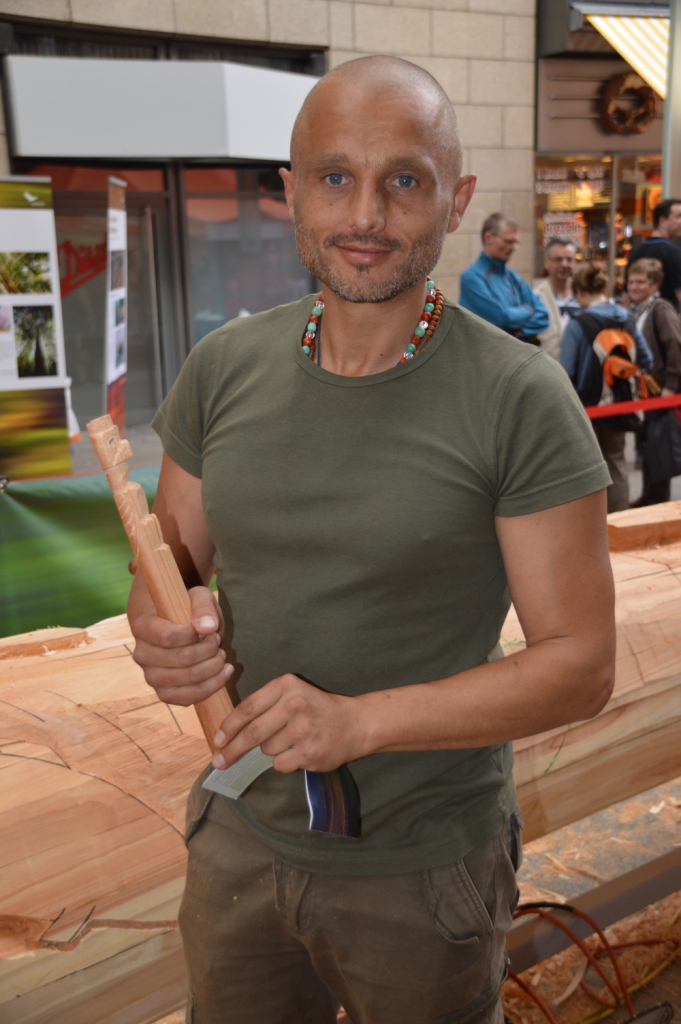 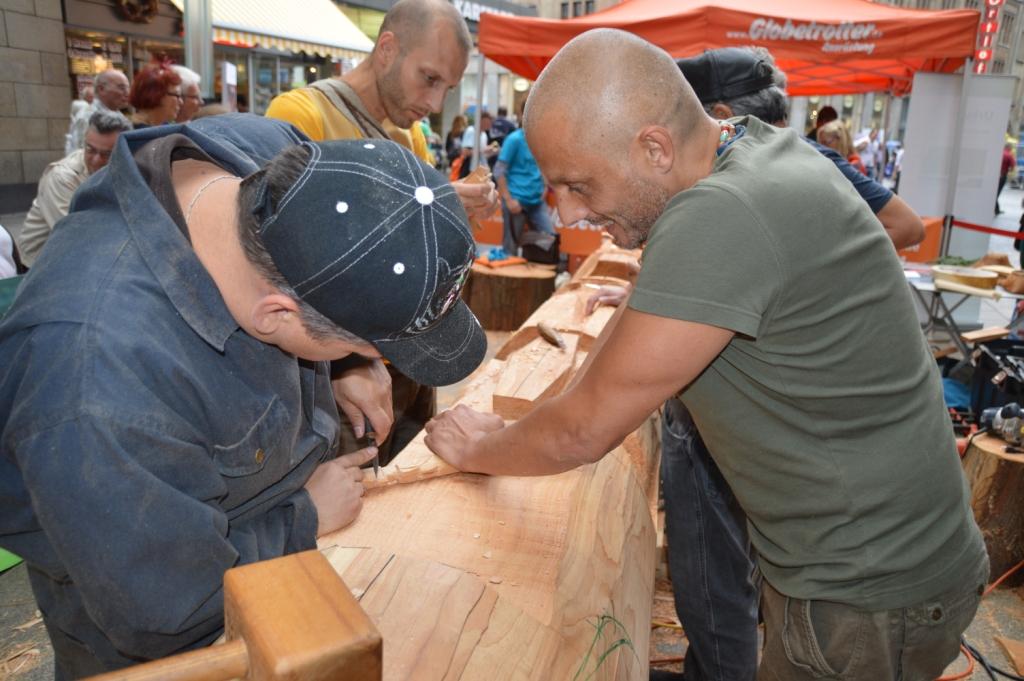 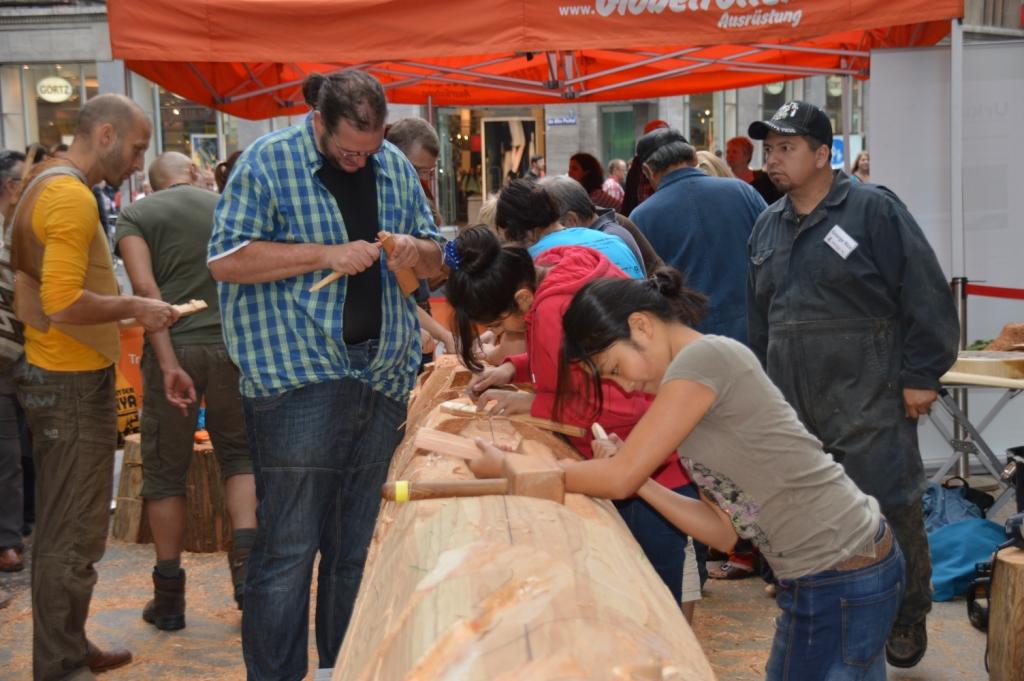 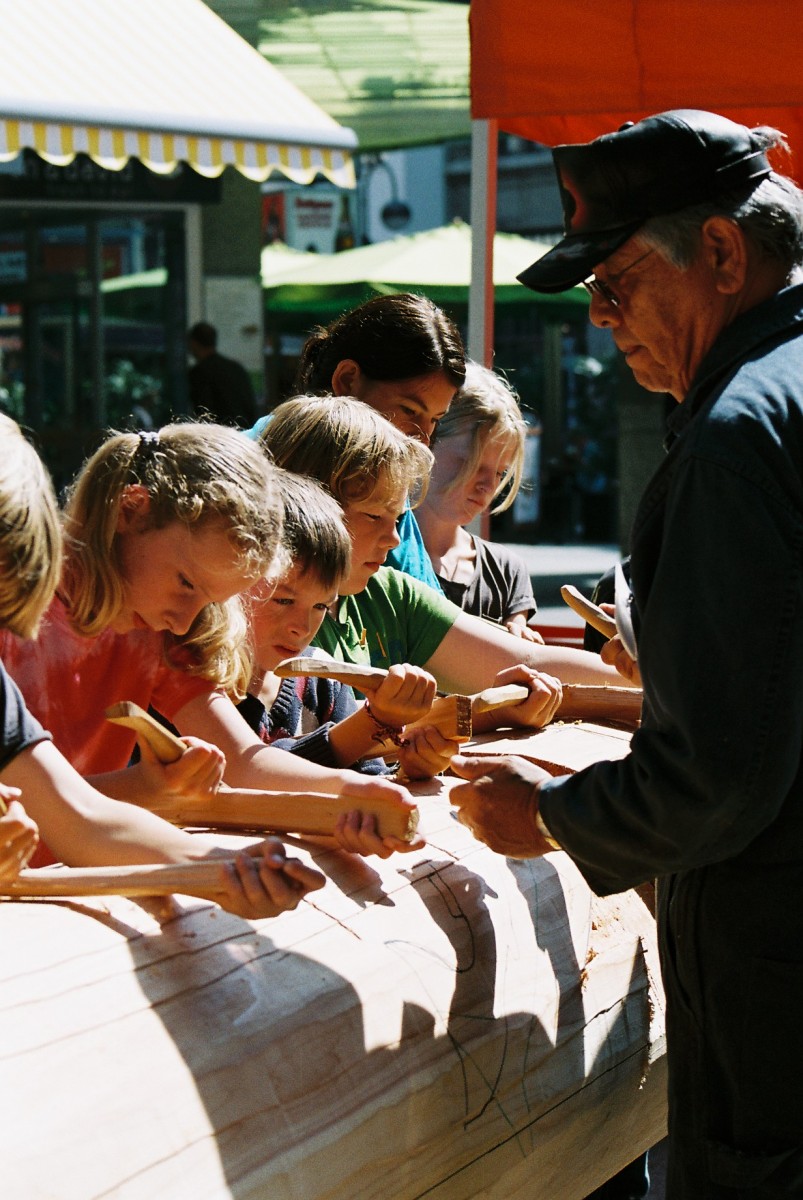 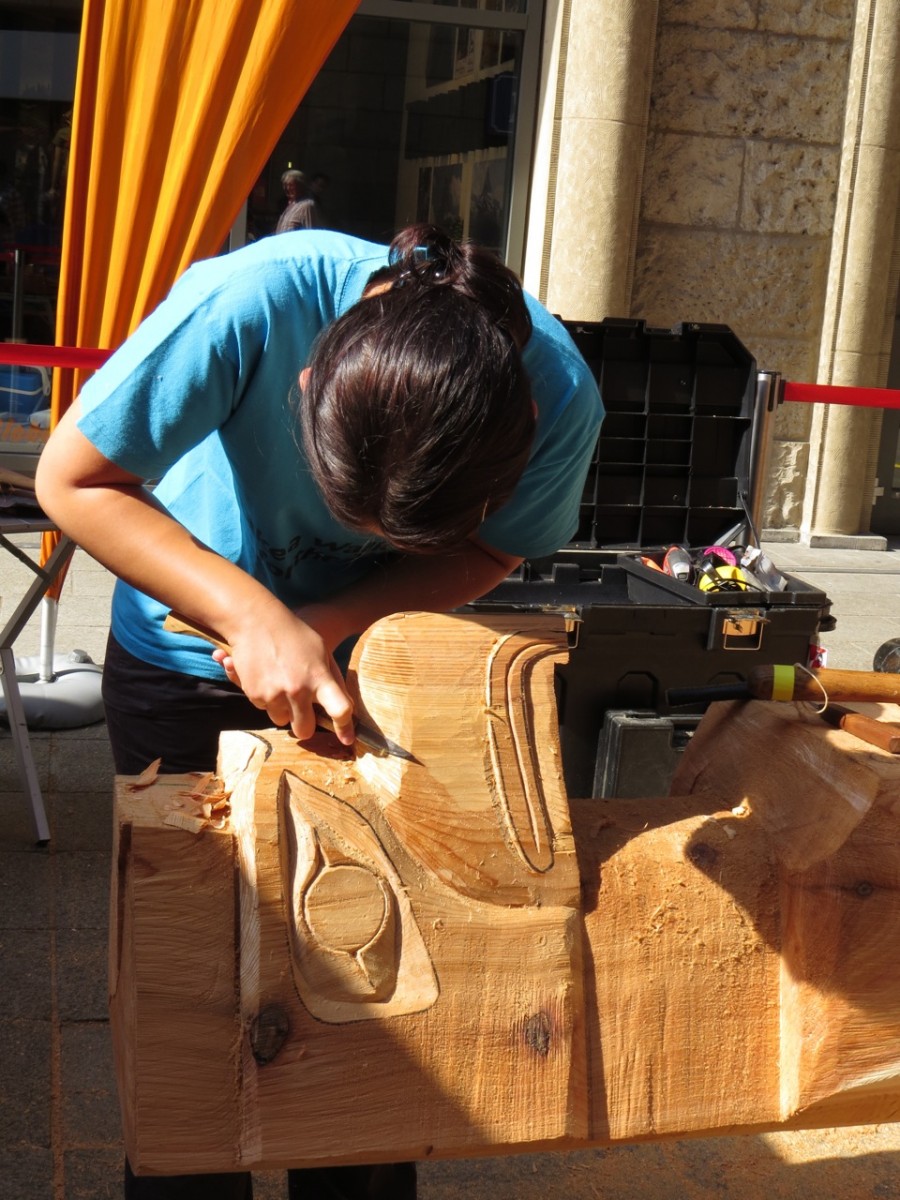