21. Juli 2014 Pia While Tobi, Johannes, Charlotte, Kathi, Sami and Kai leave to cross the river to measure the plot on the other side, I stay with the rest of the group in the camp, to clean up a bit, and to shoot a few film clips. The clean-up starts with a long-awaited laundry-washing in the river. The rain has stopped and our backpacks and their contents are clammy and musty. After I take a moment to admire almost all of my clothes hanging on the clothesline to dry (actually it is the first time that I have become fanatic about doing laundry) I try to create breakfast out of a few muesli bars. The result is definitely far from the home-made granola bars we had at the Lodge. But they are edible at least. In the afternoon, Lina, Pascale, Gudrun as well as the film team and I march into the woods for a bit, in order to shoot under a huge maple tree – it has to be the biggest that I have ever seen! I stand at the base of the trunk under the thick leafy canopy that only lets small patches of sunlight through. The skyward view is overwhelming, if a little bit intimidating: I feel very small. The forest-measurers come back early, gushing about their excursion, even though they are exhausted. Johannes especially is thrilled at the physical work: While paddling downstream to the plot took only a half hour, the trip back took about four hours. They talk about the impressive nature on the other side of the river: deep wolf tracks in the sand, meeting up with an angry squirrel who stole the marking tape, and large areas of lichen. We settle in around the camp fire and warm some of the marshmallows that were already softened by the flood. Before going to sleep, Kathi shows us something surprising: wood that glows in the dark! We turn off our headlights and look at the phenomenon that is created by the fluorescent fungi in the inside of the wood, as Kai explains to me later. I am absolutely fascinated. I had never thought that wood can glow, but now I see it with my own eyes. Translated by Pilar Wolfsteller Photos: © Wilderness International 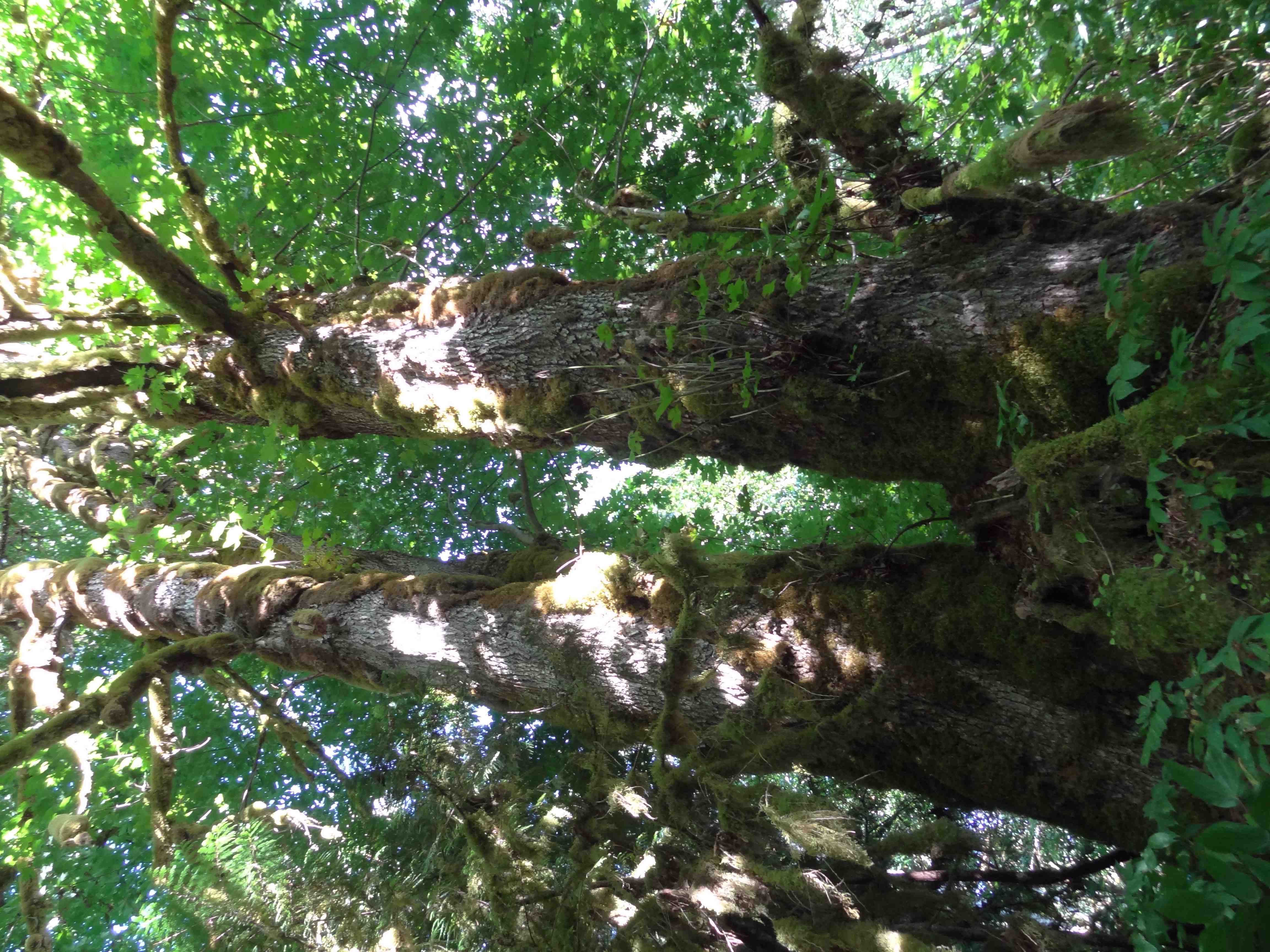 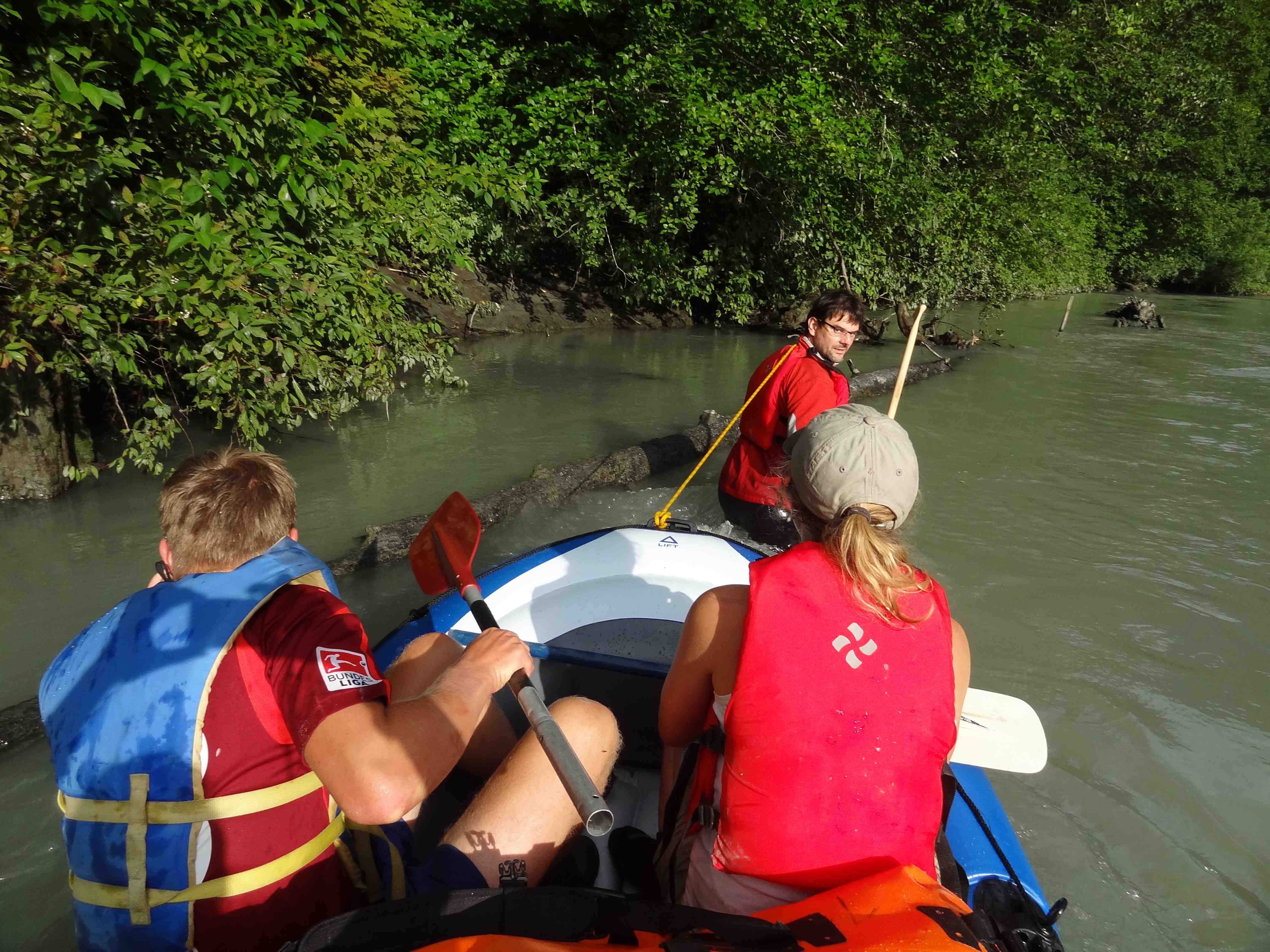 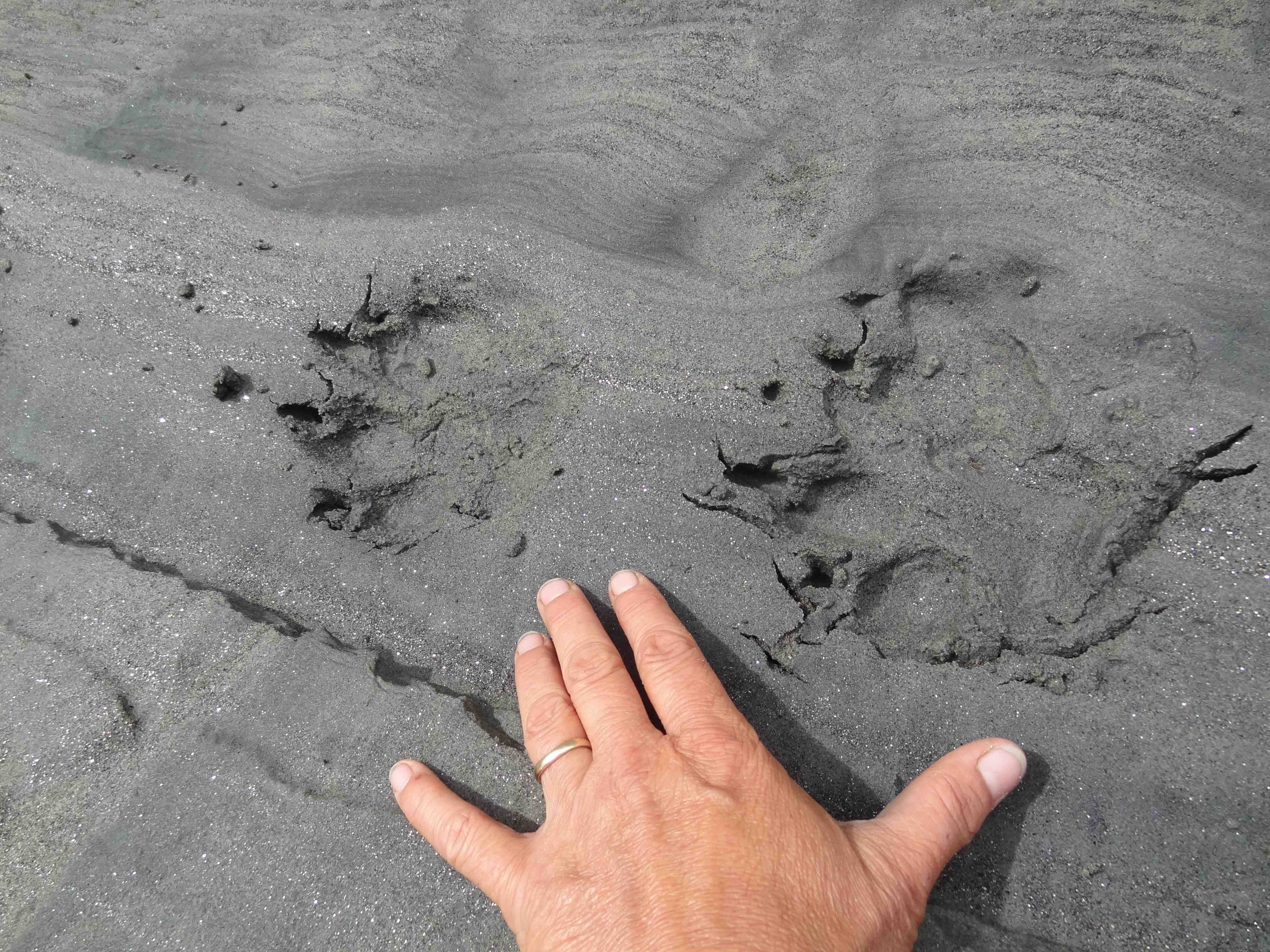