10. Juli 2015 The evening sun creates a last, magic pastel-colored light on the horizon and in the bay. Soft, rolling waves on a golden sandy beach and easy-going surfers with a bit of hippie in their blood. What a cool place! We are in Byron Bay, a hippie-surfer-town with a unique, unusual and relaxing atmosphere, and a fantastic sandy beach on the easternmost point of Australia. An el dorado for wave runners – but also an impressive and exciting underwater world. Because the in beautiful bay we find the Julian Rocks ocean habitat. It was created as a sanctuary for the strongly endangered sand tiger shark, of which there are only 1,500 remaining off the coast of Australia. At the moment the first few sand tiger sharks are in the area to reproduce. Because of their low birth rate the population has not been able to recover. They are still on the list of species threatened by extinction. If you show up in Julian Rocks at the beginning of the season they are still very shy. That dies down after a few weeks, after the animals have become accustomed to the divers,” says Jack from Sundive. (http://www.sundive.com.au/ ) We noticed that we were at the beginning of the sand tiger shark season, and didn’t have the pleasure of seeing one of these animals up close. But we were able to approach a large one to about 4 meters away. The animal didn’t let us come any closer and trailing a shark really makes no sense…. Especially in an area where it is concentrating on mating and reproducing. But to our surprise another, peculiar species of shark also takes advantage of the sanctuary around the three rock formations that make up Julian Rocks. The Wobeggong! It is a further Australian native, because the simple Wobbegong also only lives off the coasts of the southern half of Australia. Through the threat of the fishing industry, these sharks are also endangered here in New South Wales. The problem is the bottom fishing, where sharks are often trapped in the nets as by-catch. This shark species looks rather abstract and hunts by waiting patiently at the bottom of the ocean for its passing prey. Crabs, squid, octopi, but also other small marine life belong on its menu. “Sometimes they also actively hunt,” dive guide Marc says. For humans these sharks are harmless. We run into one which is almost two meters long and start to film and photograph it, from a few centimeters away. After our dive, Marc gives us some information about the character of these sharks – and we learn that there are also a few hot-heads among them. They react quickly and sometimes aggressively – especially if one approaches them clumsily or in an ignorant way. Almost every dive guide has had undesired encounters with these sharks and had to deal with a bite because they had been provoked by another diver. With a shark that is more than 2 meters long this can be very uncomfortable. But the sharks with the fringed beards reacted to us calmly. The experience and information from the local divers, however, tells us that sharks aren’t the beasts they are made out to be, but they are also not cuddly toys, either. The biggest Wobbegong that has been measured was 3.60 meters long. The gods of impermeability were not that kind to us though. After this first dive, Kerstin’s camera case was half-full with water and my flash control, gone crazy as a strobe, let me know that it really didn’t like even the smallest drop of salt water. One day with black and white pictures, a few rinses and some modifications solved our technical problems. We swam after the sand tiger sharks but we were even more surprised and astounded to find a hotspot of the Wobbegongs. The rare creatures were abundant here, and we had to be careful not to trip over one. It was also clear to see that this was a protected area. The dives were characterized by a rich array of fish and marine life, including large ones. Eagle stingrays and two capital loggerhead turtles crossed our paths. After a final dive we pack our bags although we would have loved to stay in this beautiful place a few days longer. We leave Byron Bay with some melancholy and travel towards Cairns on the Great Barrier Reef, where we will find the smallest of the Minke Whales. It is a type of whale that has not been researched much, and looks like a miniature version of a blue whale. We can’t wait. Reinhard Mink Photos & Copyright: Reinhard Mink und Kerstin Meyer 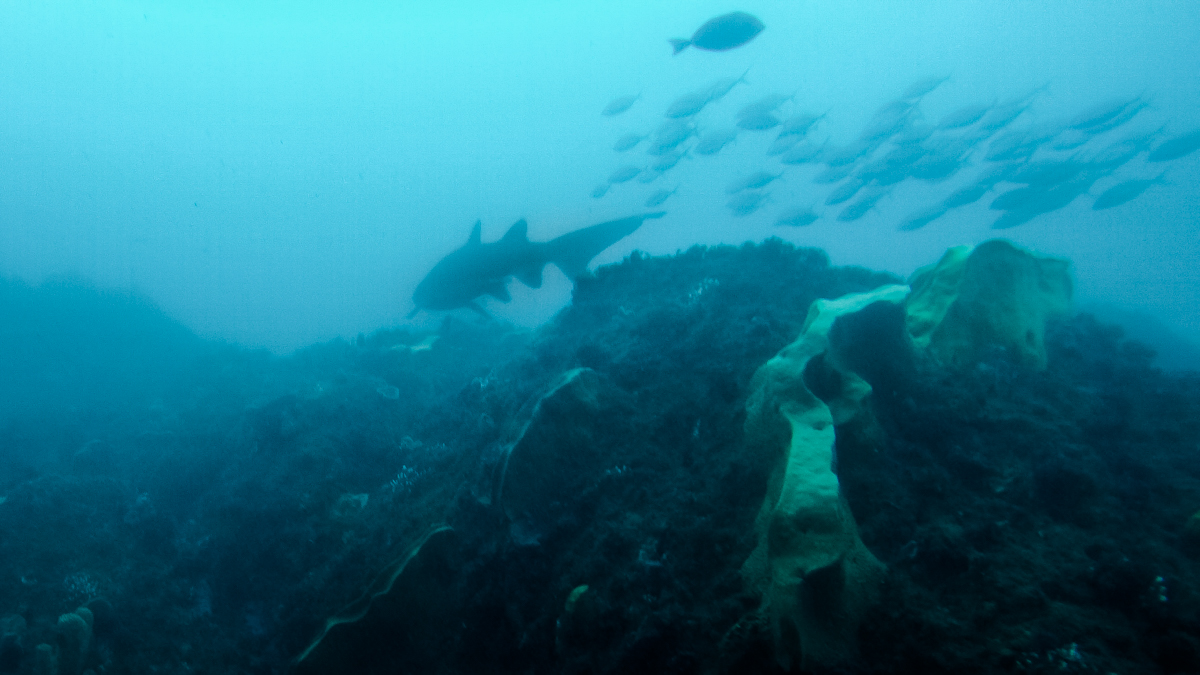 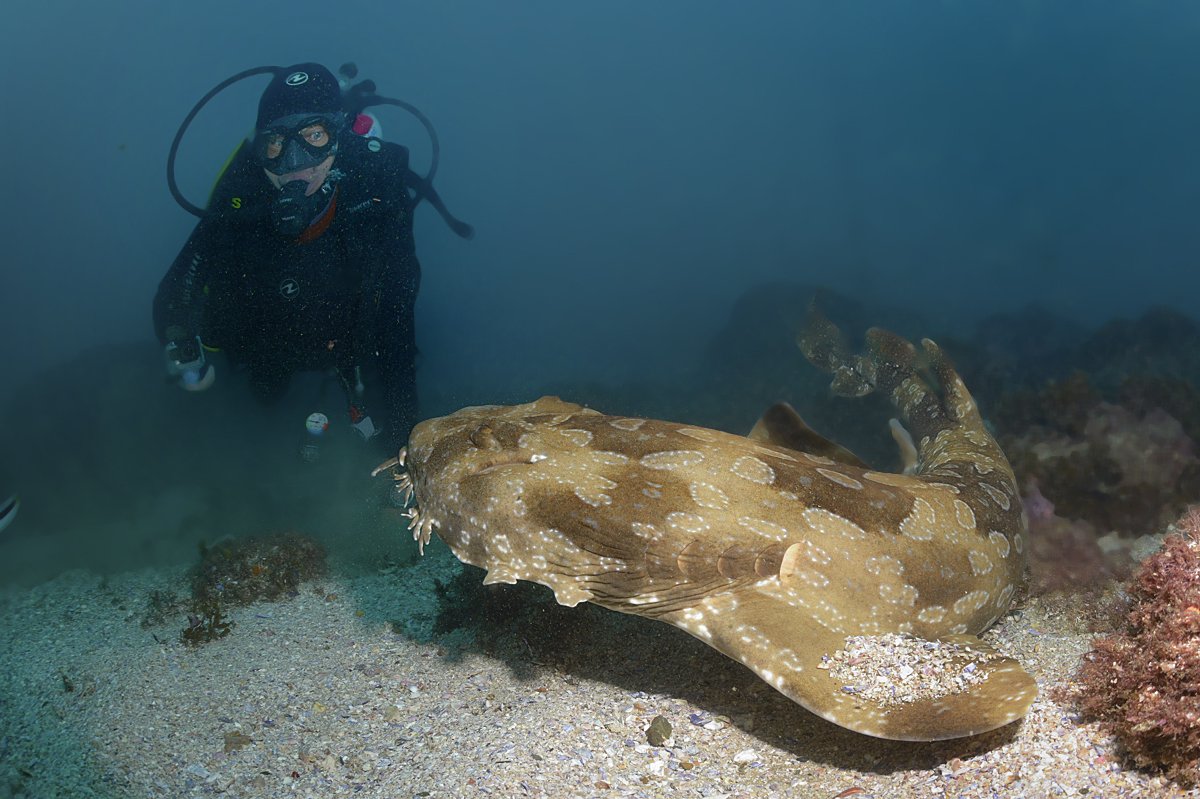 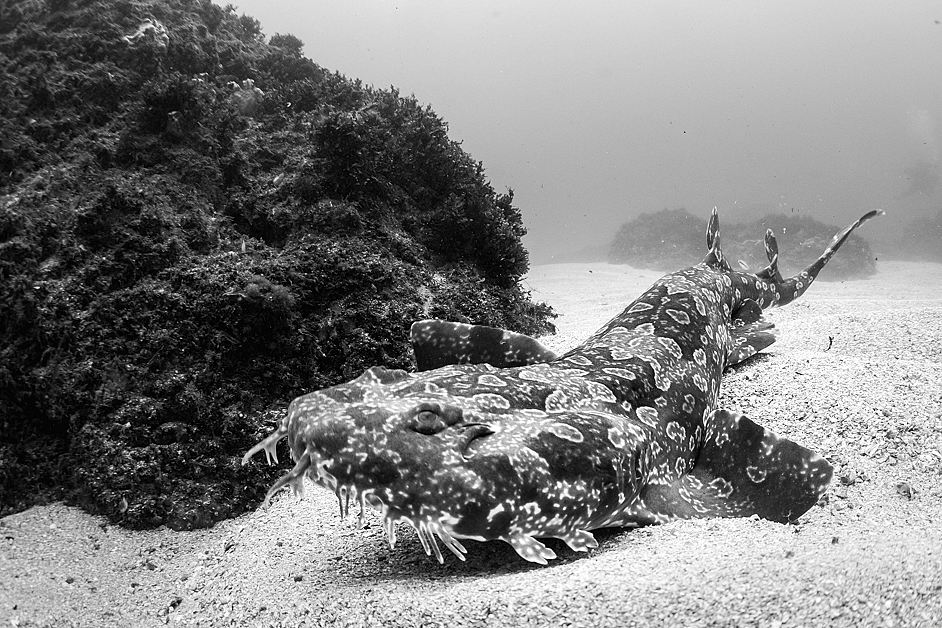 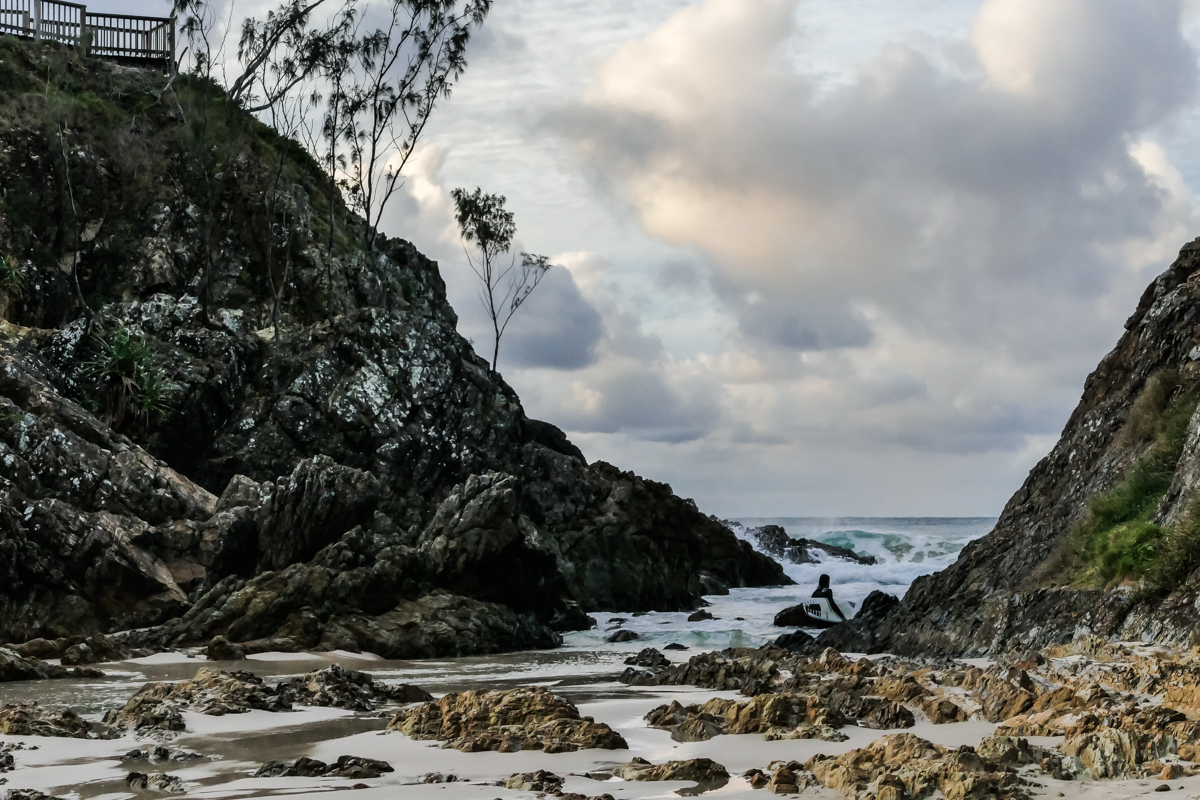