A totem pole for Cologne – The black curtain falls

9. Oktober 2013 “Where is the totem pole?” That was the most-asked question in the past couple of days. Uncle Harold Joe, a Canadian master carver of the Cowichan First Nations and his assistant George Rice spent the last six weeks carving the first totem pole for Cologne. Many people came by regularly to watch the progress, and often they too participated in the carving. That is how a more or less plain old giant cedar tree from a forest near Dormagen turned into a unique totem pole. The pole did not disappear of course, but rather was draped in a black tarp ahead of its celebratory unveiling on Saturday, October 5th. The big moment came at 3pm when the two carvers dedicated the totem pole. Together with Hwiemtun they sang the first verses of two important ceremonial songs. As soon as the traditional music faded, the totem pole was unveiled as curious onlookers snapped hundreds of photos. There were about 300 people watching. A few came by just by chance, but many came especially for the dedication, because they themselves participated in the carving of the totem pole, or because they had followed the project and wanted to see the finished piece of art. Public interest on the last day was huge and people came up to us with many questions. Discussions ensued and often the end result was a forest sponsorship. And long after the official part of the ceremony was over, many of the people of Cologne stayed to pose for a photo with “their totem pole”. Those who missed today’s ceremony can be comforted by the fact that the largest totem pole in Germany will stand in front of the Globetrotter store for another six months. On May 15th 2014 it will then be transported to the Rautenstrauch-Joest- Museum as part of a “Walk for the Wild” where it will be on permanent loan. Weaving workshops with the bark of the totem pole will be offered in a few weeks, when the Outdoor- and Travel Festival “Globe Welt” takes place in Cologne on November 9 & 10th 2013. There we will not only weave the cedar bark, but we will present our idea of environmental protection. At “Globe Welt” there will also be the opportunity to acquire posters of the totem pole project for a small donation. We are proud of our project “A totem pole for Cologne“. Together we supported the protection of the forests in the middle of the pedestrian zone in Cologne. So that in the future, people won’t have to ask: “Where on earth is the rain forest?” Jenin Translated by Pilar Wolfsteller Photos (c): Wilderness International, Sami Fayed 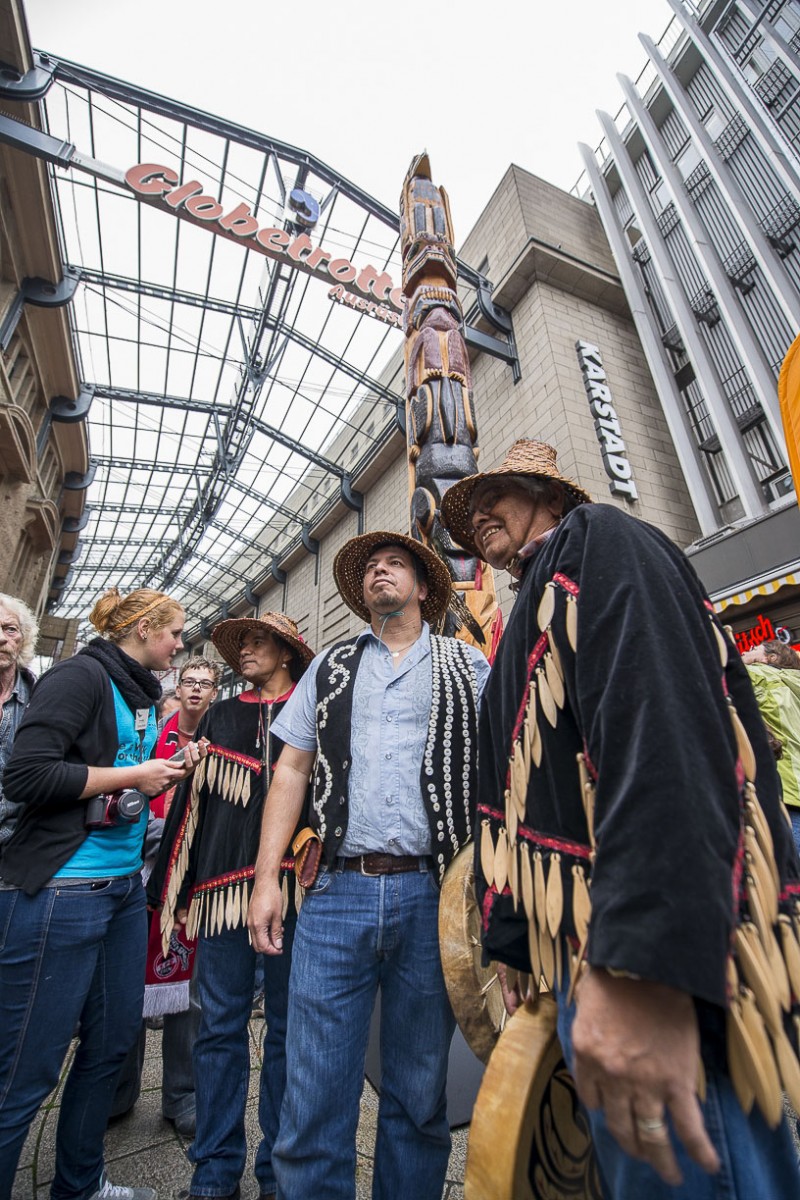 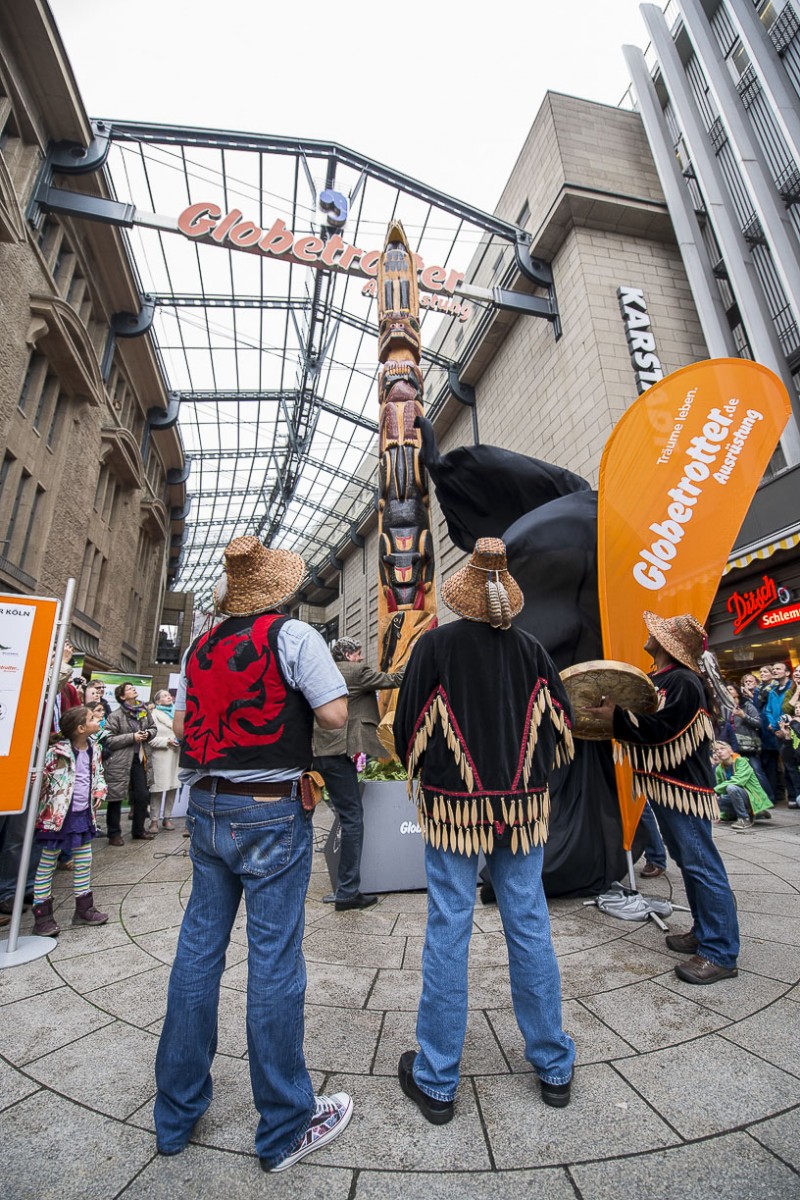