A totem pole for Cologne – The carving starts

4. September 2013 Uncle Harald Joe and George Rice from Duncan on Vancouver Island, Canada, have been working on a totem pole for Cologne since last Thursday. As we reported on the last school expedition to the city of the totem poles, Duncan, only giant cedars are used for this purpose. The tree trunk for Cologne is from a forest near Dormagen, near Cologne, where it was planted about 150 years ago along with five other such trees. Following a forest fire after about 56 years a kind of rot developed in the trunk, and therefore the tree had to be felled this year. It was about 32 meters tall and had a diameter of 85 cm. The totem pole will use about 8 meters of the trunk. The tree will be barked and cut into size in the forest. The fiber, which will be used for basketry, is placed in a bath tub in the Globetrotter store so that the inner bark remains flexible until it is woven. The tree and the fiber are brought from the forest in Dormagen to the front of the Globetrotter store with a large truck on Thursday evening. It is placed on a special rolling frame, which will allow the wood sculptors from the Cowichan tribe to carve it in the coming weeks. It will be finished on October 5th 2013. Harald Joe has told us already what the totem pole will look like. It will be crowned by a thunderbird, which is standing on a black bear holding a salmon in its paw, with a wolf underneath. The orca, which is common on totem poles, will not be represented, because there is no salt water in the region around Cologne. All of the figures are female, because the tree is also female. We will continue to report on the progress of the work, and enjoy the evening at a hidden playground in Cologne, with some old trees, where during twilight, a few bats take off for their nightly hunt. Miriam and Brigitte Heyduck Translated by Pilar Wolfsteller You find more photos here. 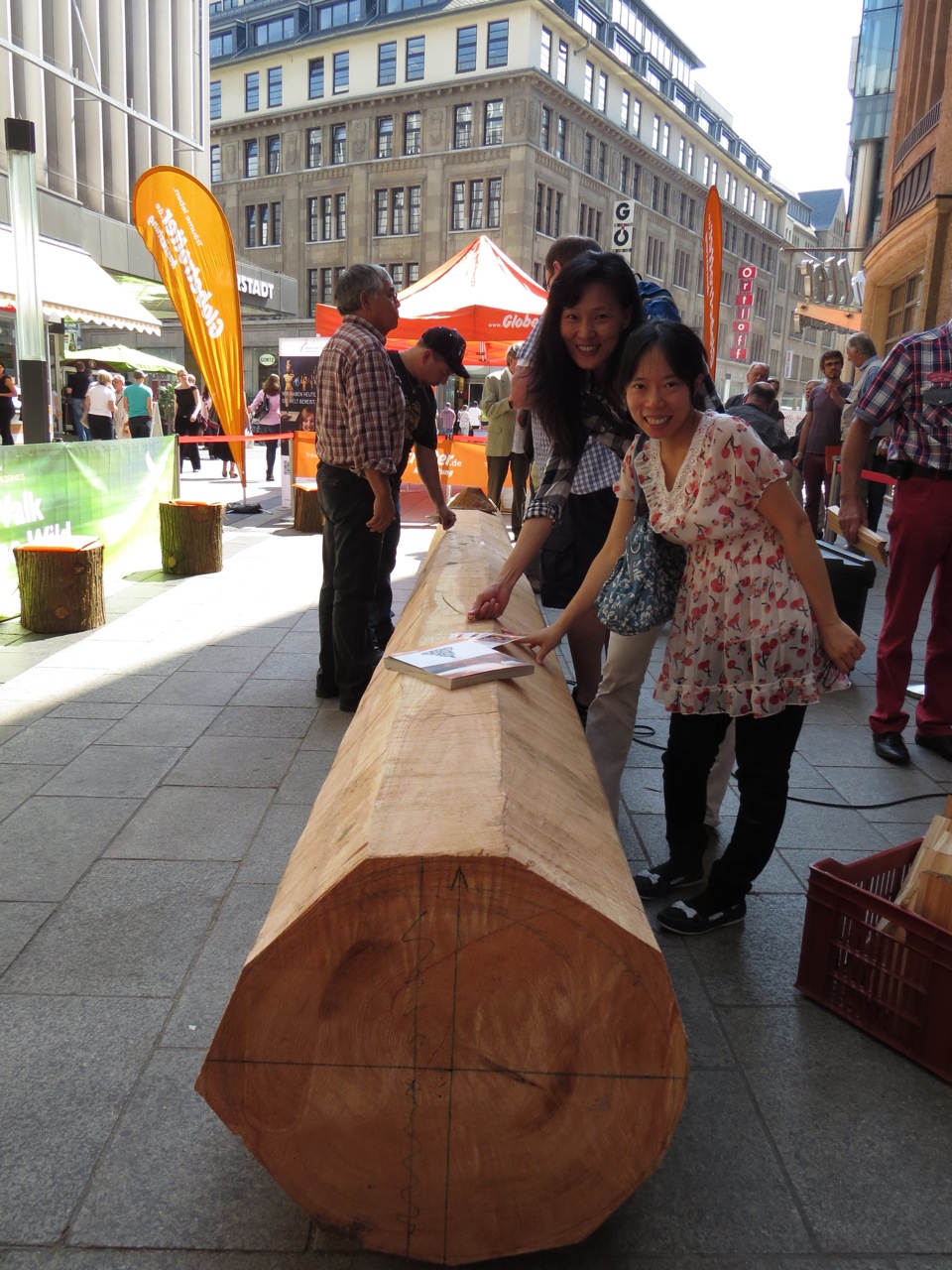 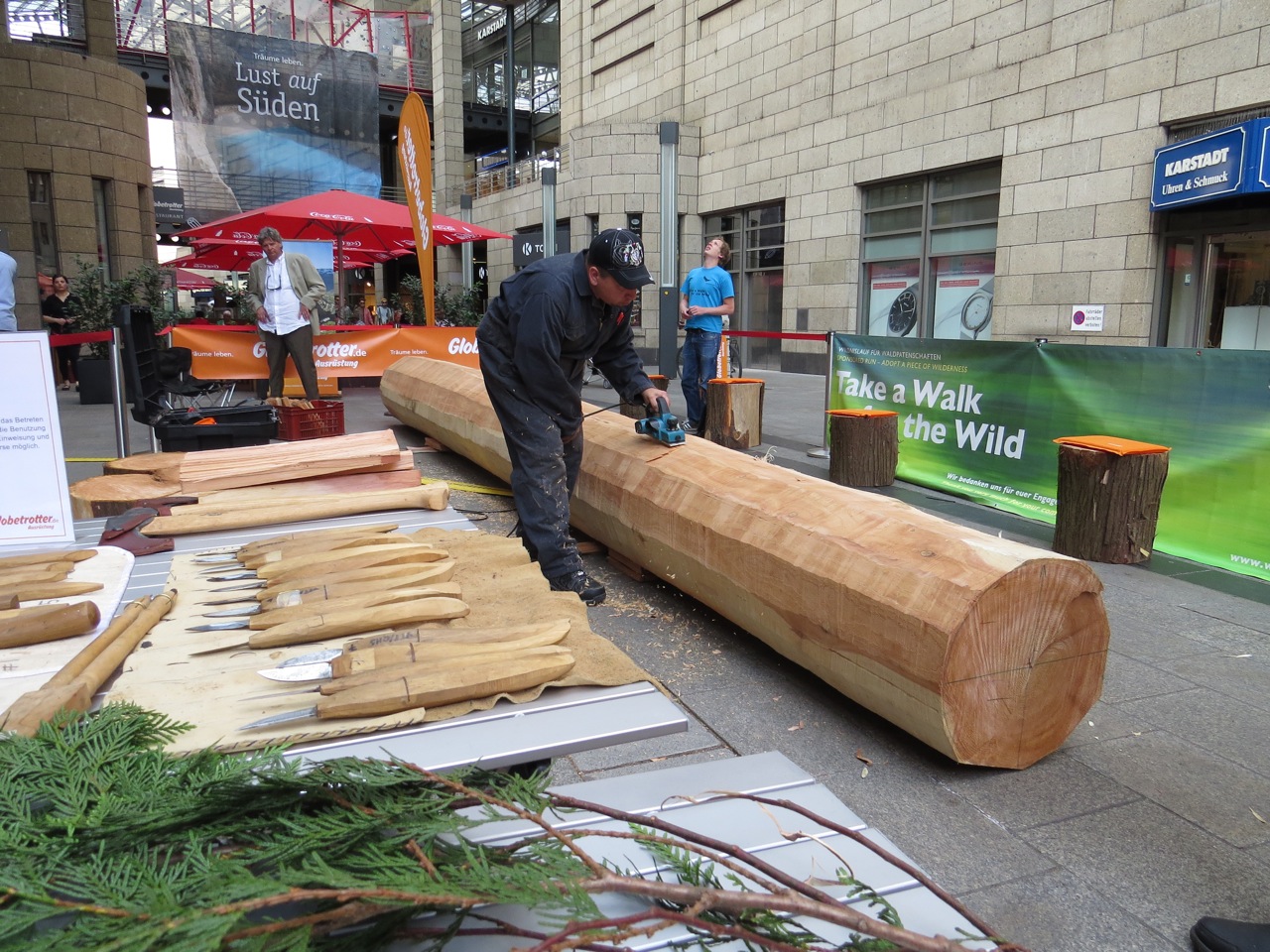 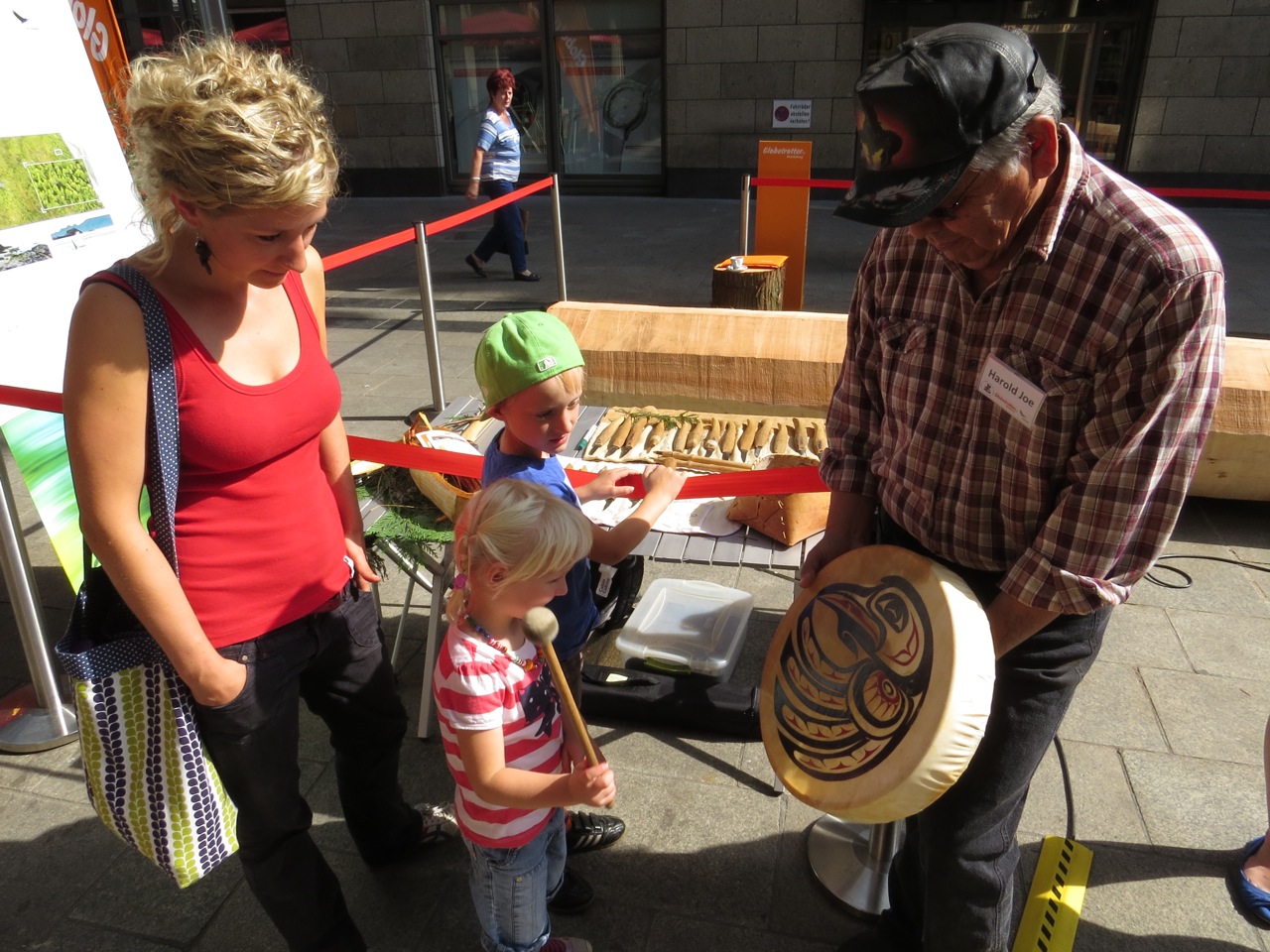 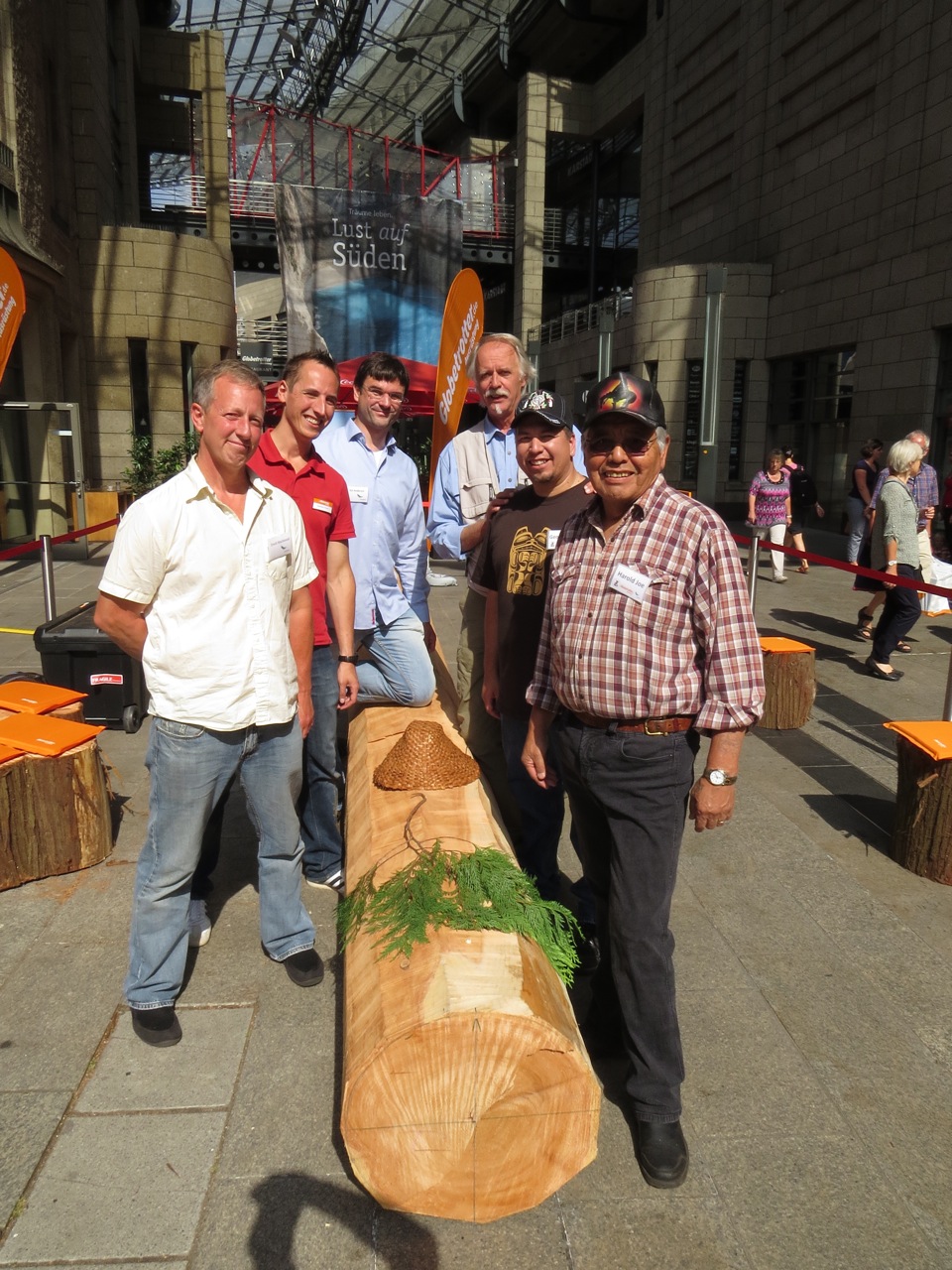 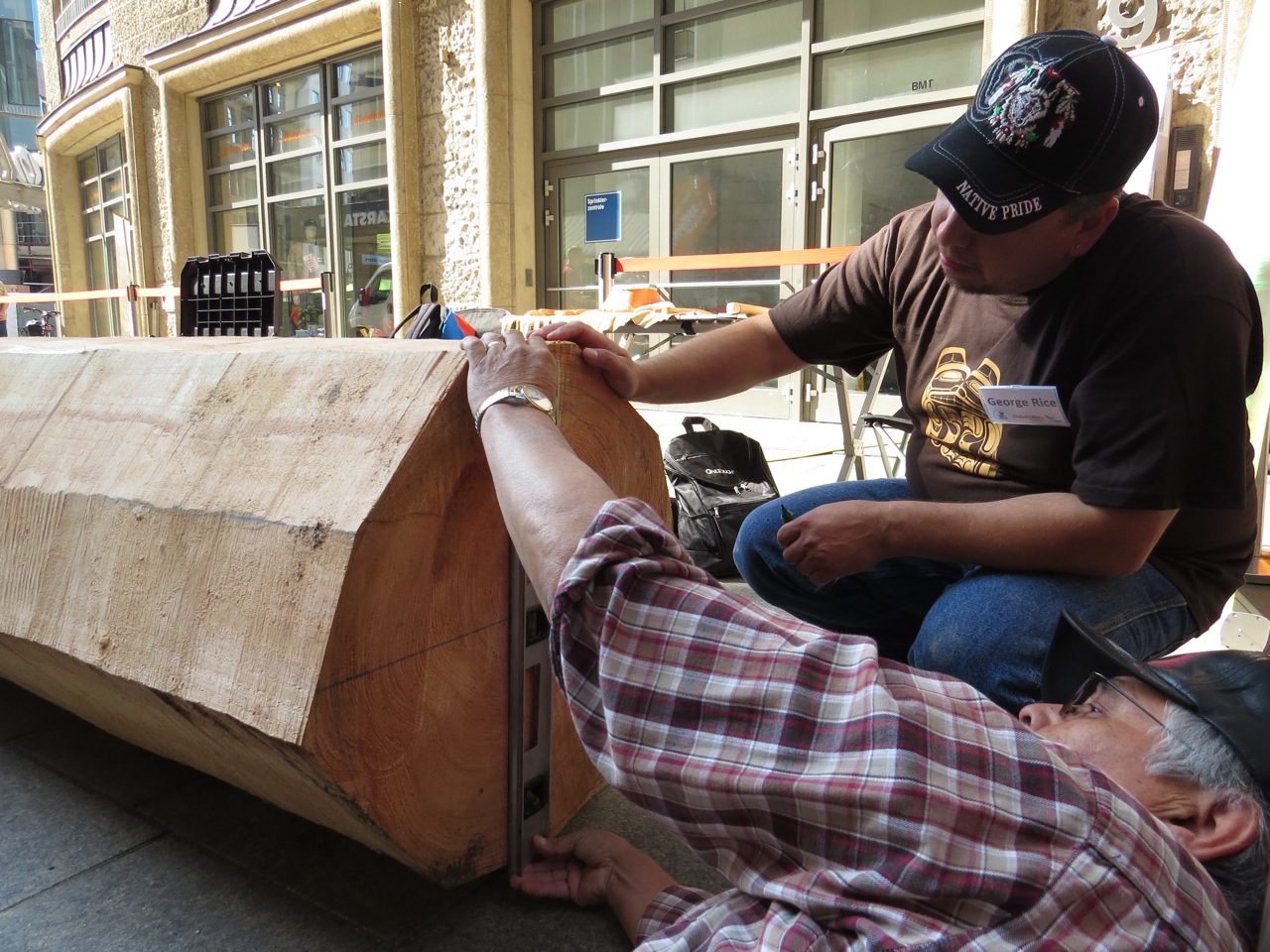 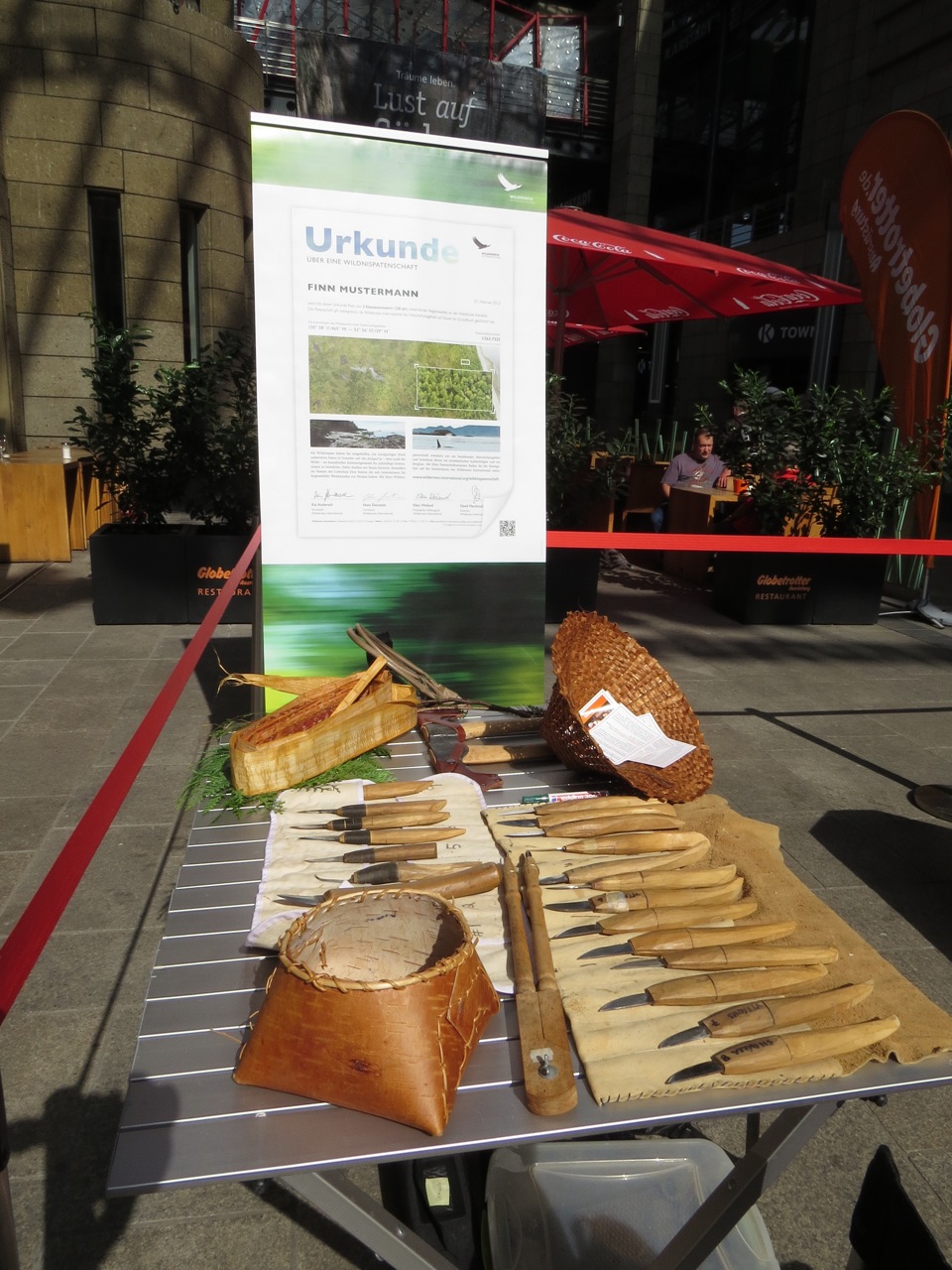 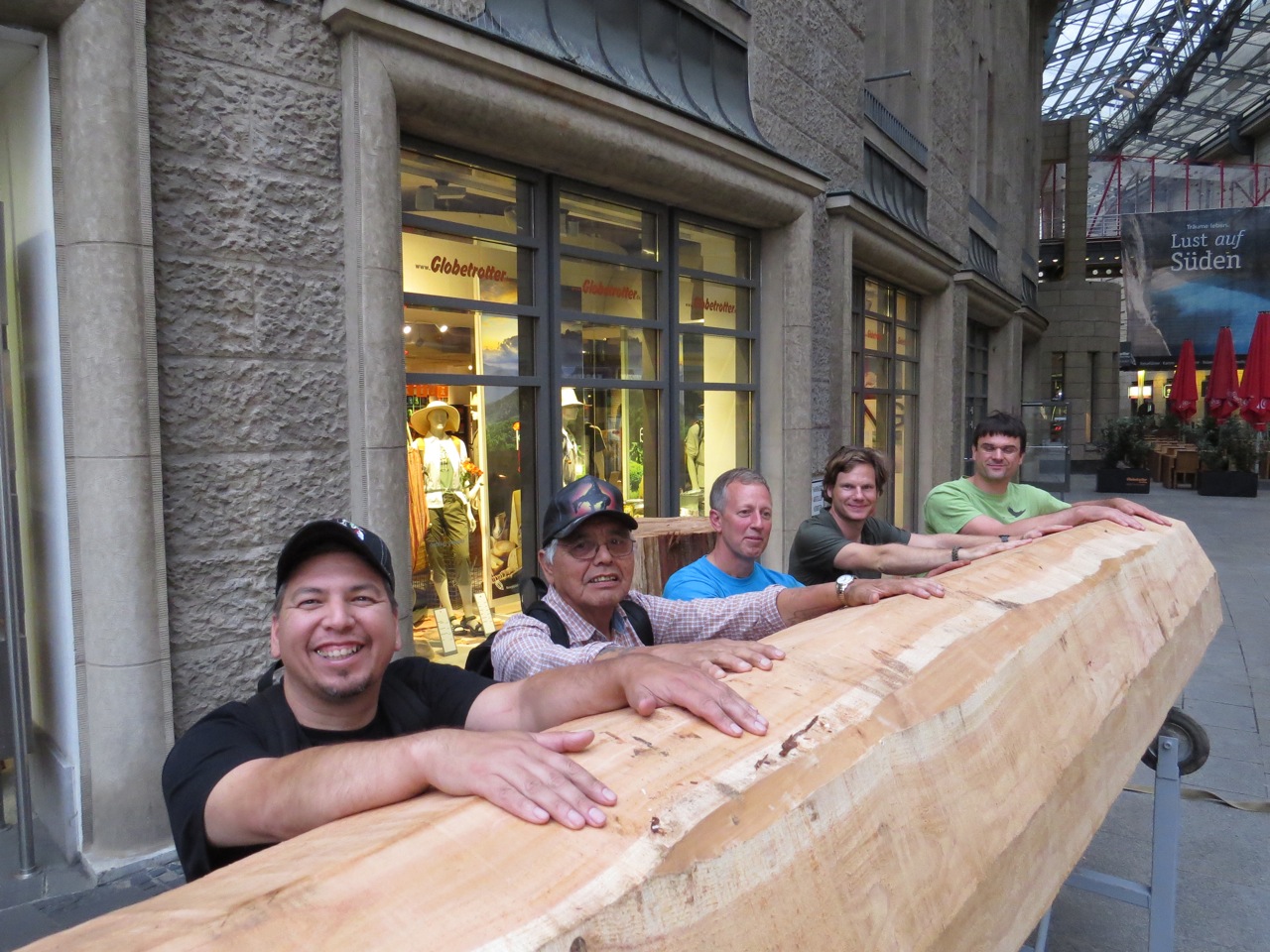 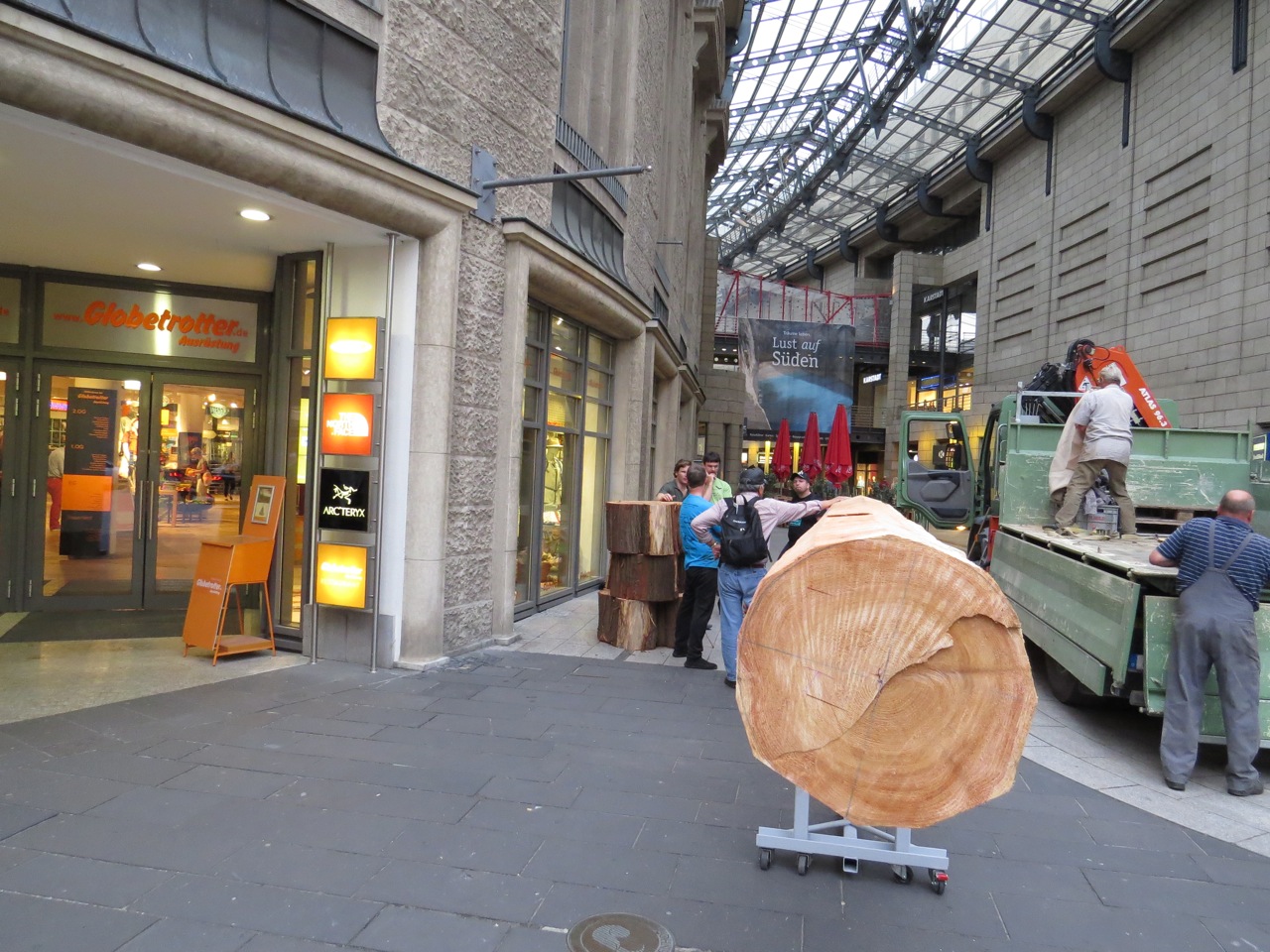 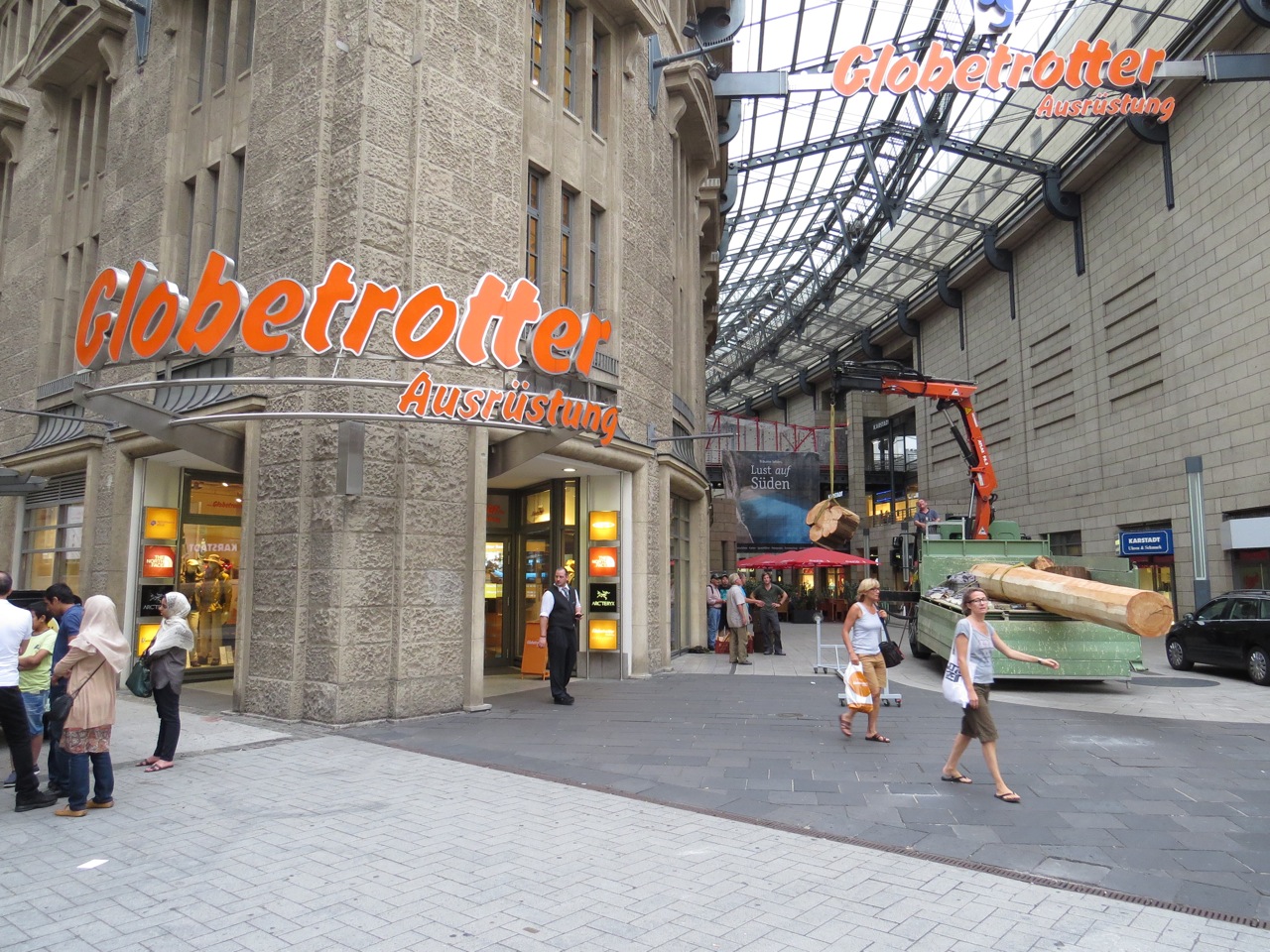 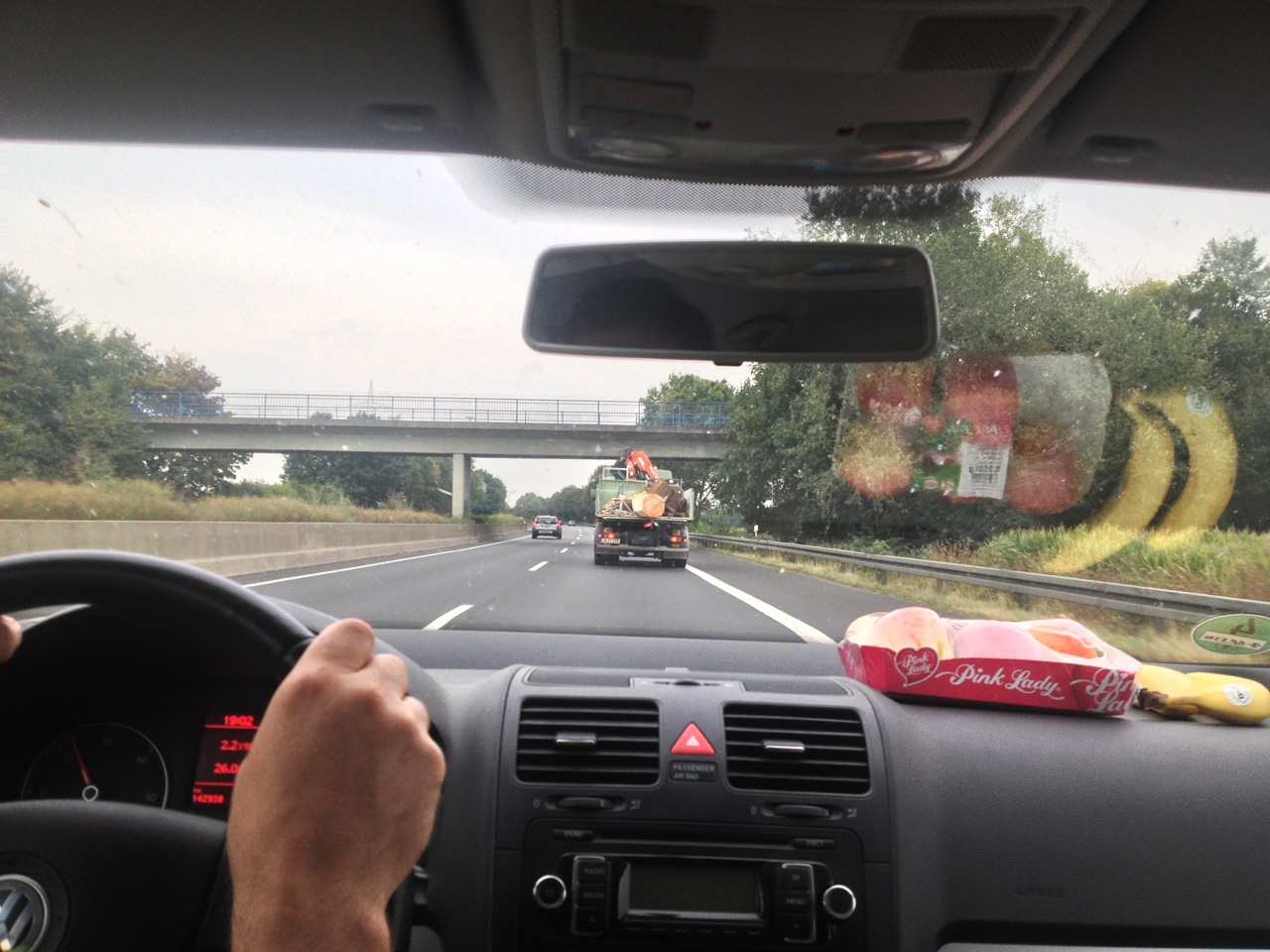 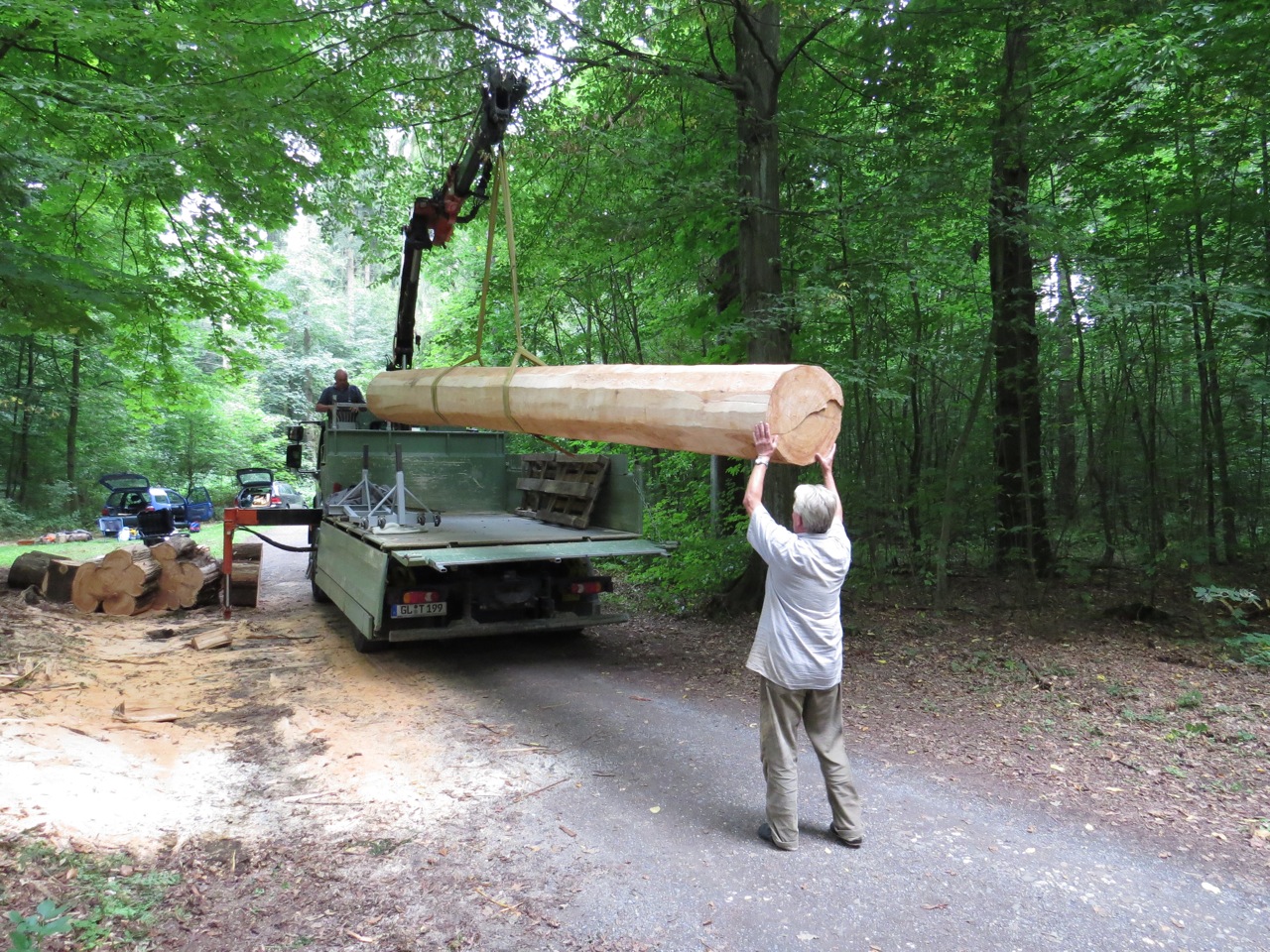 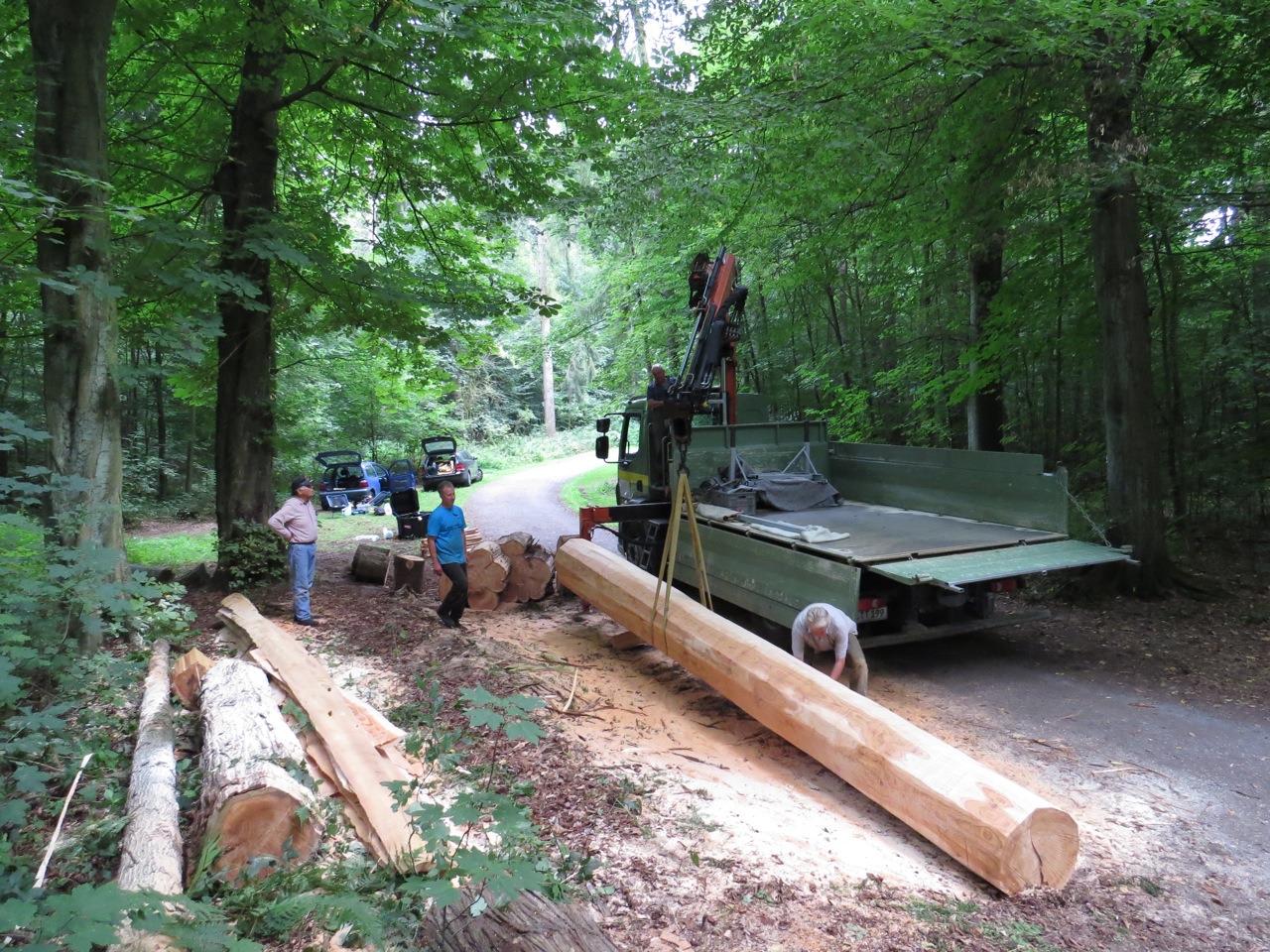 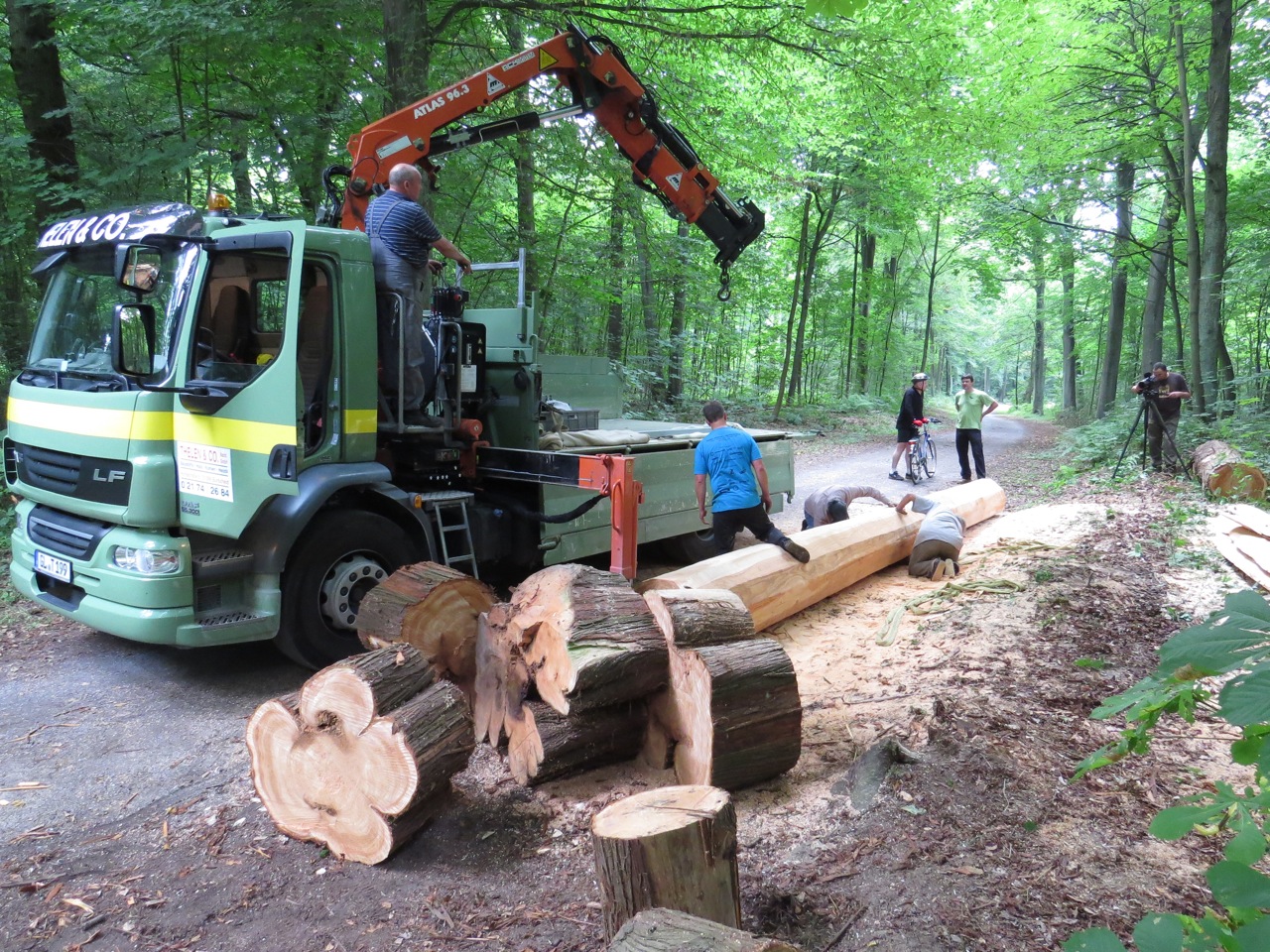