The great barrier Reef and the magical mink whales

21. Juli 2015 Our hands slowly shrivel up and I can’t hold the camera steady because I am shivering so much. We are freezing! And the daylight is no longer strong enough under the surface of the water. Not that the water here at the Great Barrier Reef is really all that cold, but we have been in the water for about six hours now, with a group of five Dwarf Minke Whales! It’s a really impressive experience to be in the water with these beautiful and very interactive animals. The special moment where our eyes meet the whales’ warmed our hearts – it looked as if they were winking at us. At these moments it’s clear that diving with whales is an interaction between humans and animals. And these are moments that remain in memory for the rest of our lives. But we really don’t know who we are dealing with there. Technically the Dwarf Minke Whale is a whale without a name. A whale that has not formally been described and has not yet acquired its own scientific name. The scientists’ current assumption is that the Dwarf Minke Whale is a subspecies of the northern Minke whale. That is surprising because the northern Minke whale only lives in the northern hemisphere. The second Minke whale species is the southern Minke whale, which lives in the southern hemisphere. These whales, which belong to the family of the baleen whale, are a mystery and have not yet been researched adequately. What is known is that these whales, which can grow to 8 meters, come to the northern ridge of the Great Barrier Reef every winter. “We first found out the migration routes of these animals, which comes from the sub-Antarctic waters, just two years ago. Only 14 Minke whales have been able to be fitted with radio transmitters and this is the entirety of the research history. These last for between two weeks and three months,” says Tara Stephens of James Cook University in North Queensland. So it’s no wonder that we don’t know much about the whole population, and most of the behaviors remain unexplored. The whales, which have the most complex coloring patters of any baleen whale, present the scientific community as well as the (diving) tourism industry with great challenges with regard to sustainable management and environmental protection. We got to know the Minkes as unusually interactive and very curious whales. In three days we had 11 hours of their attention under water. Our endurance was rewarded with several near encounters (less than 3 meters’ distance) and very near encounters (less than 1 meter). Kerstin showed her expertise as a whale photographer and took the most beautiful picture of a Minke whale that I have ever seen. Aside from photographic knowledge, intuition and understanding of the animals are the most important factors for a good picture. Maybe you also have to be able to see with your heart. The Great Barrier Reef is the only place in the world where these whales can be observed, so far. Probably they come here to mate. The Great Barrier Reef – some scientists call the world heritage site the largest organism on our planet. The biggest coral reef on earth is home to 7,000 invertibrate animal species, 1,500 kinds of fish and 450 different coral types. This visit fulfilled my childhood dream. But the reef is not well. At the moment UNESCO is meeting to decide on protection measures for this habitat. Primarily it’s about dumping of sludge, which comes from the dredging of harbors and shipping channels. The Australian government has demanded a report on the progress of the protection measures by December 2016. But there are other dangers too. The unstoppable acidification of the oceans through CO2 will become one of the biggest problems for the corals and invertibrates. As the basis of life in the reef, the corals are home to countless marine creatures and are of huge value for the entire oceanic ecosystem – and therefore also for our earth. But also – whatever happens on this planet, anywhere, is important for this reef. A healthy rainforest and an ocean grass meadow in British Columbia takes in CO2 – and therefore helps to work against the acidification of the oceans. So it’s not just what happens in Australia that is decisive for whether this reef remains or whether it disappears. According to the WWF, half of all corals have been lost in the past 30 years. The reef has accompanied my life for more than 40 years. I have read about it and dreamed about it. After all this time I finally had the opportunity to dive in it. And in less than half this time the reef could be history. A shocking thought. Many secrets would disappear before we have discovered them and also the puzzle of the Minke whales would probably never be solved. My childhood dreams of the Great Barrier Reef were about adventure and discovery. About encounters with sharks, whales, turtles and a breathtaking underwater world where life pulsates through the clear water. It’s difficult to measure the value of these dreams, but the value is probably higher than one would initially think. My wish is that as many children as possible around the world can dream these dreams, at the pulse of nature. Perhaps the one or the other dreamer will one day also be able to wink at a Minke whale at the Great Barrier Reef. Reinhard Mink Photos & Copyright: Reinhard Mink und Kerstin Meyer 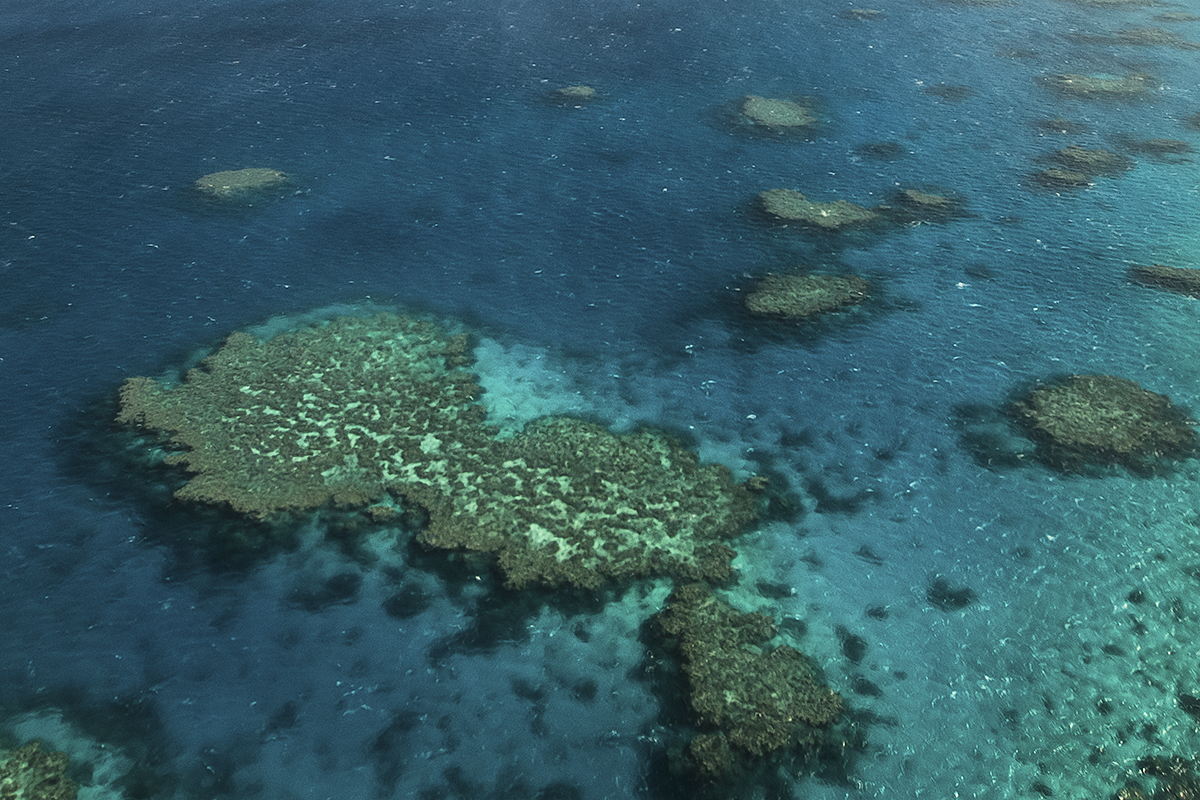 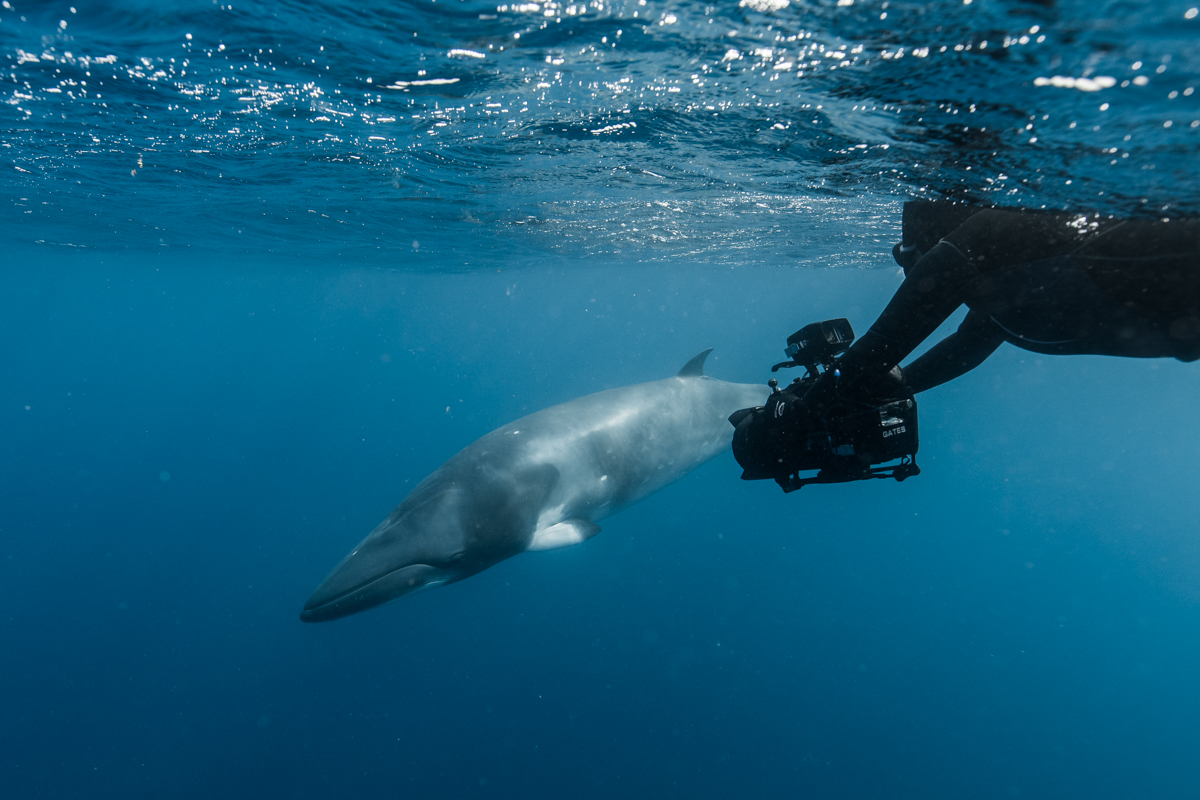 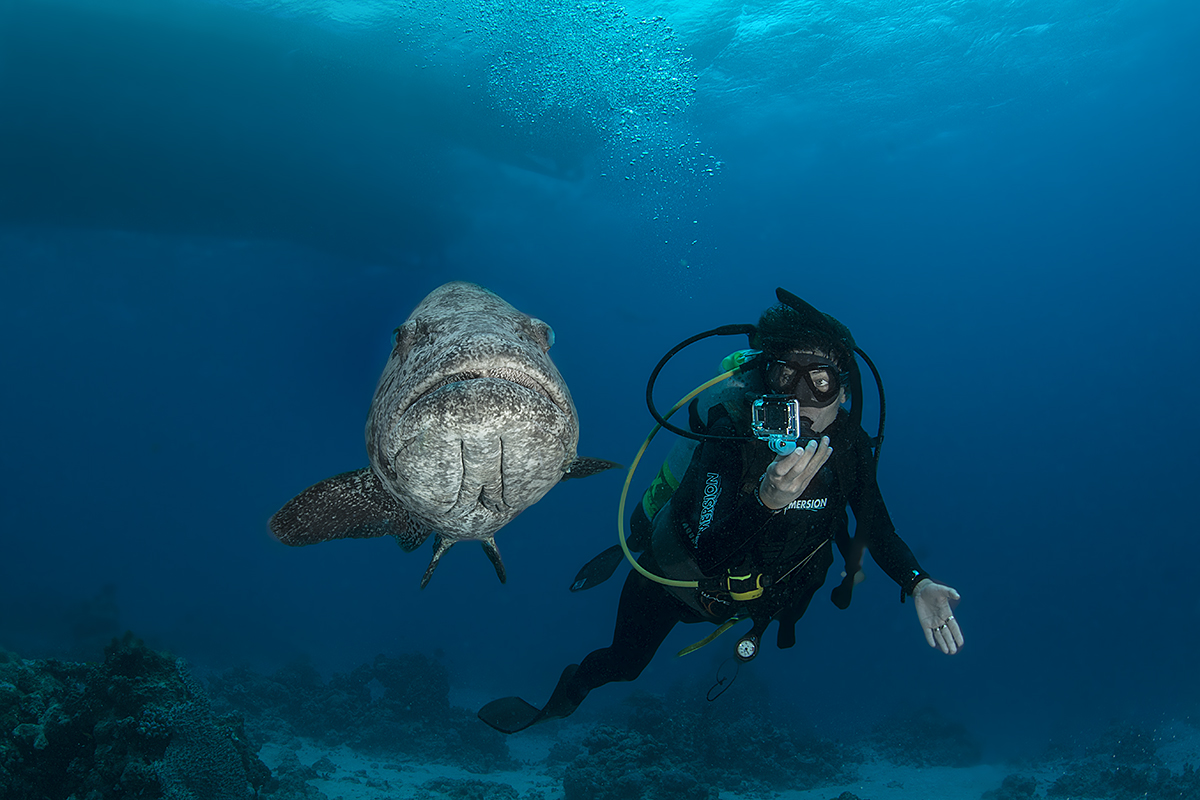 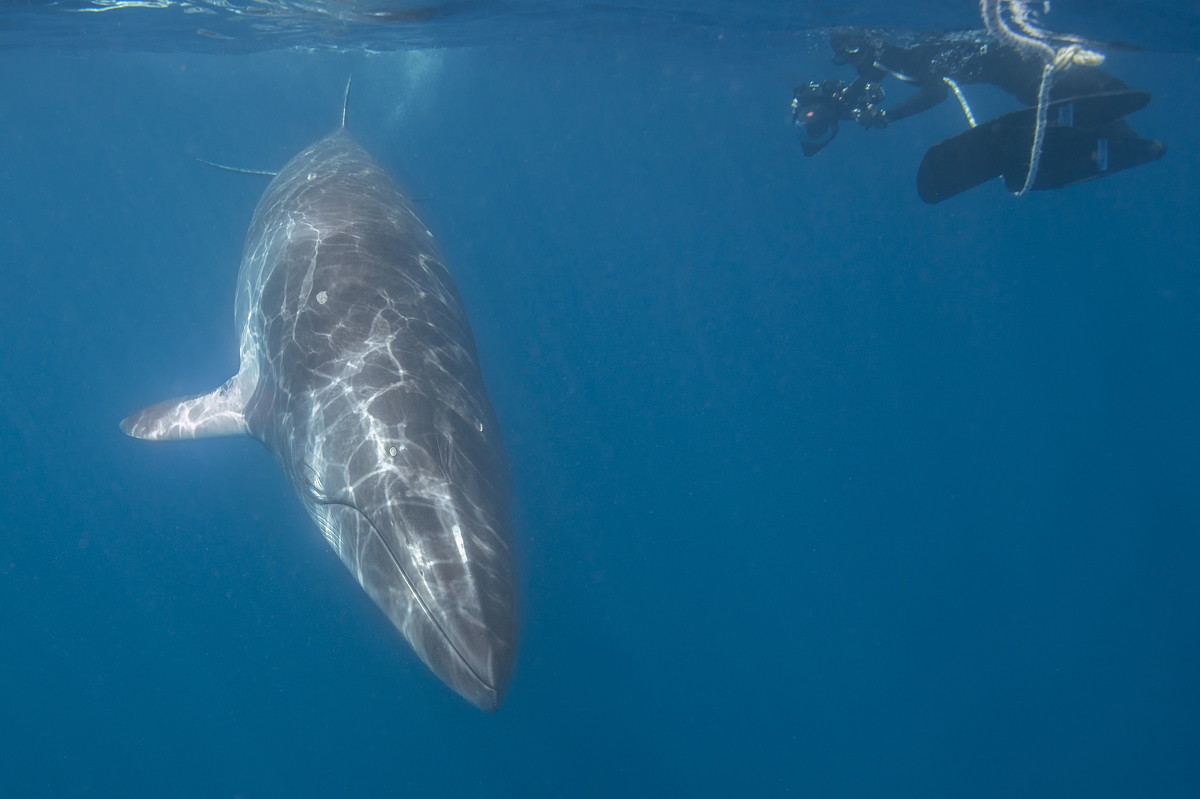