A totem pole for Cologne – The seasons on the totem pole

7. Oktober 2013 In the meantime the other animals are taking form. Underneath the thunderbird is a black bear. It is a black bear because in the region where the Cowichan First Nation live there are no brown bears or grizzlies, only black bears. The bear has just caught a salmon and holds it in her paws. The bear’s eyes and the mouth are drawn on the head, and the passers-by can easily recognize the figure of the bear now. Before, this was not as clear, since the thunderbird stands directly on the bear’s head, and the round ears are being carved right next to the claws of the bird of prey. The stomach of the bear is rather round, and we are just wondering if she ate too much salmon or if she carries a cub. The bear reminds us of the fall, the time of year that she retreats into her cave to prepare for the winter hibernation. The wolf, which will be underneath the bear, reminds us of the spring, the time of year she leaves the lair with her young pups. This is how the artist depicts the circle of the year and at the same time of a human’s life. This example is supposed to remove our fear of death. Of the wolf we already see the legs and the pale. Miriam and Brigitte Heyduck Translated by Pilar Wolfsteller Photos: (c) Brigitte Heyduck 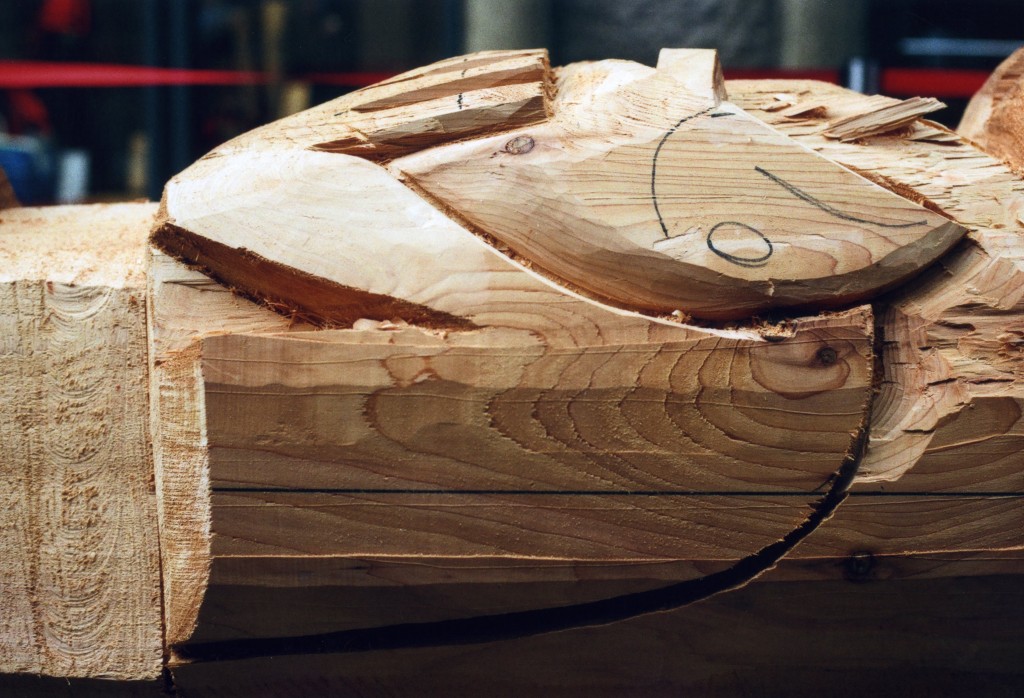 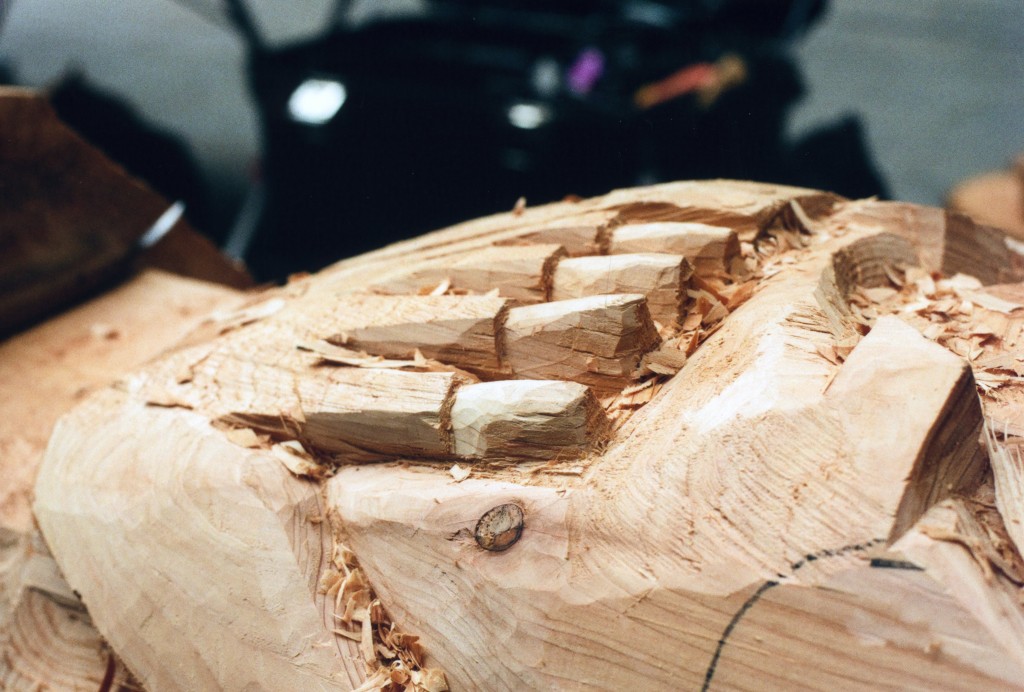 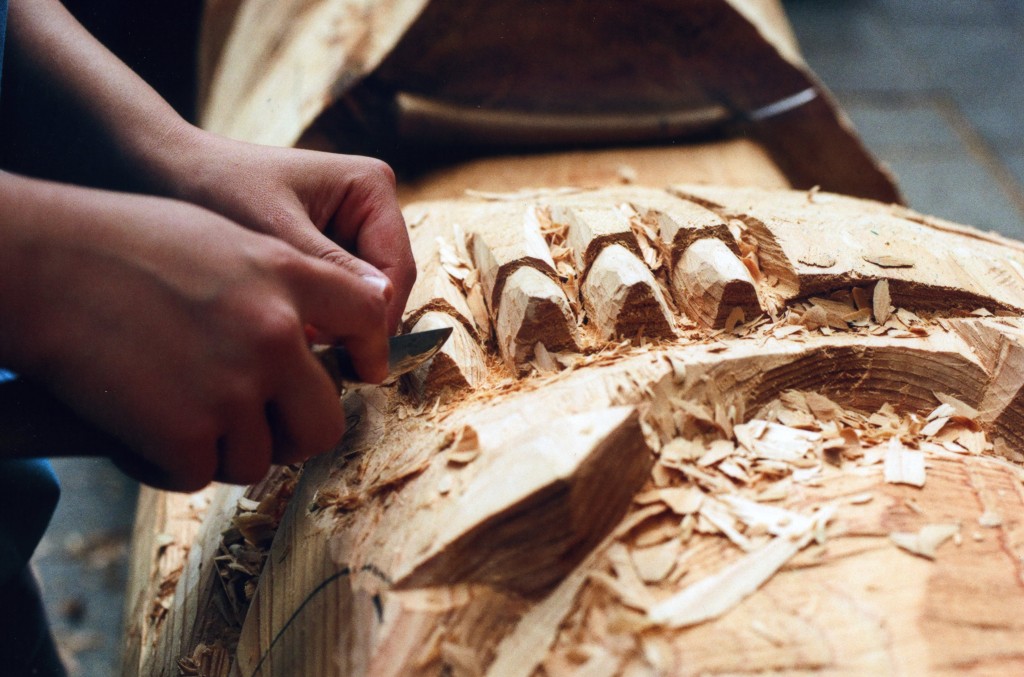 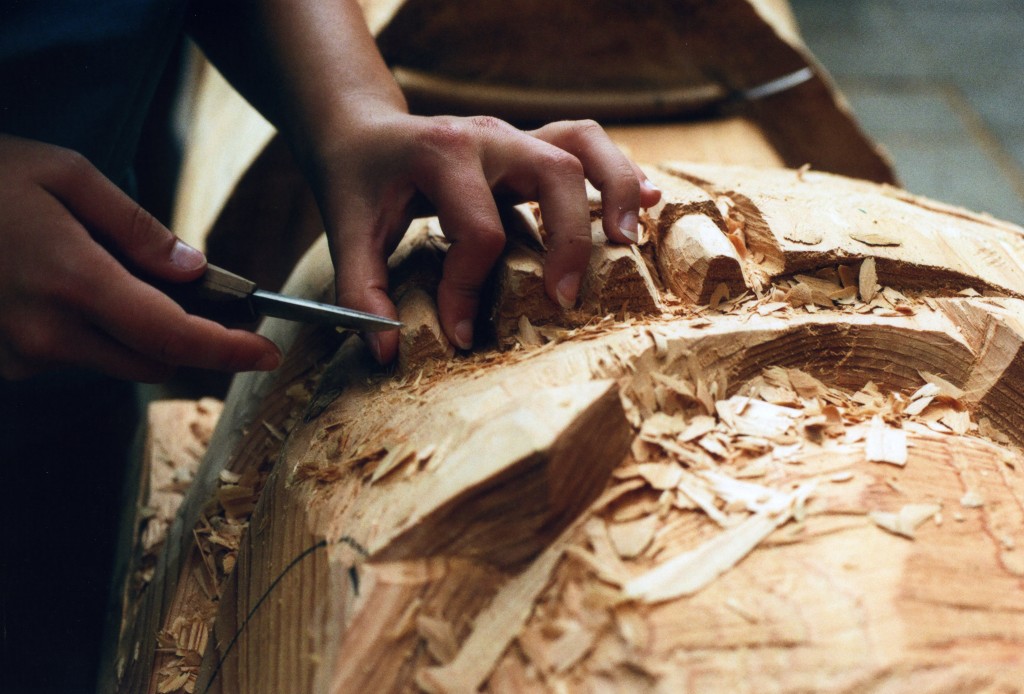