15. Juli 2016 After a wonderful clear starry night, which we spent outdoors, I felt something strange and wet on my face. It was Tobi, who was brushing my face with a wet blade of grass. As I saw his smirking face, my mood got worse and I had the feeling I needed to take revenge, since he actually was awake and up before the rest of the group, and woke me up in such a nasty fashion. But shortly afterwards I saw that this was a good thing. We had to come down from the upper sand bank to the lower one. Since we had so much gear we left 2 hours after we had planned to, and had to fight our way through the forest with all the gear. It seemed like 40 kilos and was very difficult, but therefore we saw a bunch of beautiful, moss-covered maple trees on the way. 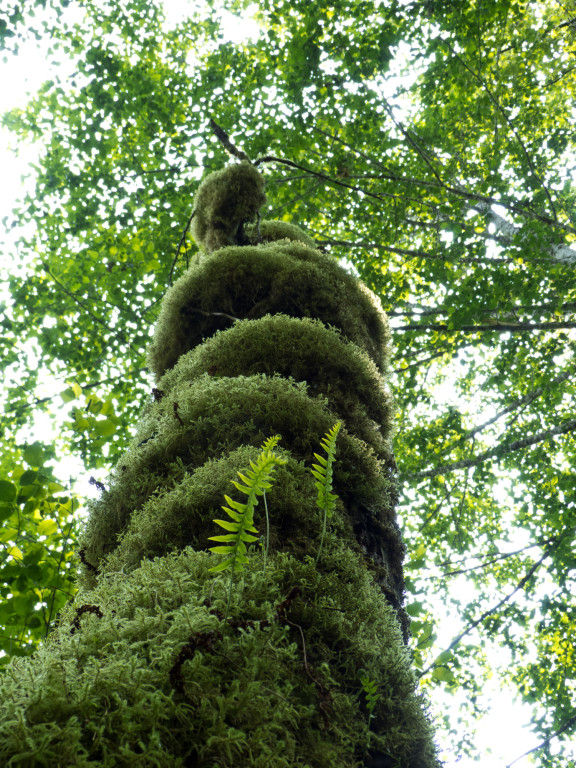 We arrived, soaked in sweat, and had to sort and repack the gear for the next day. But we also had fun with an epic water fight. With a meal of fried potatoes and ham in our stomachs we began a peaceful and beautiful last evening on our lovely sandbank. Jannis
Share
Tweet
Share