Warning: array_diff(): Argument #1 is not an array in /kunden/539970_01277/websites/wp.wilderness-international.org/public/wp-content/plugins/ak_updater/ak_updater.php on line 280

Warning: array_filter() expects parameter 1 to be array, null given in /kunden/539970_01277/websites/wp.wilderness-international.org/public/wp-content/plugins/ak_updater/ak_updater.php on line 280
 „That was the coolest thing I’ve ever seen“ – Interview with Klaus Weichbrodt & Ole Schulz › Wilderness International

24. August 2013 Klaus Weichbrodt, CEO of Globetrotter Köln, and Ole Schulz, Head of Marketing for Globetrotter Köln, decided once again this year to travel to the nature preserve of Wilderness international. You can read here what they have to say about their trip to the Toba Valley. Hello Klaus and Ole! What was your first impression of the Toba valley when you flew over it in a helicopter? Klaus: Amazing! The flight was completely overwhelming. We took off in Squamish, one hour north of Vancouver, and flew directly over the glacier to the Toba Valley in about 45 minutes. I had seen the photos from the year before, and it was exactly as it was on those photos. But when you see it in real life… what God created there is simply extraordinary… I can’t describe it in words. That was my first long helicopter ride and it was truly the coolest thing I have ever seen in my life. And then I was shocked that you weren’t on the sand bank we had thought you would be, because we did not know about the problems you had had with the boat. Ole: I was overwhelmed at the impressions during the flight, as well as the grandiose beauty of nature that is being destroyed by humans (ie. logging companies). From above it was so clear to see the difference between the reforested clear-cuts and the ancient temperate rainforests, and to see unfortunately how they dominate the landscape. You only arrived in Canada 24 hours ago, and already you are in the deep wilderness. What about jet lag? Klaus: No time for it. Ole: Well first of all we marked our territory and set up our tents, which had already proved themselves on Porcher Island last year. In the evening we sat comfortably at the campfire and listened to your stories. This afternoon you were in possibly Wilderness International’s second nature preserve. Is it as unique as the first one? Klaus: Absolutely. Ole: Definitely. After we spent two hours carefully fighting our way through the unbelievably dense rainforest, and on the way finding wolf and elk tracks, we arrived at a piece of undisturbed primeval forest. We therefore cannot wait until the totem pole event* in order to take a big step closer to protect this area. Klaus: The way back was even more eventful because Kai, who has many years of wilderness experience, heard that there was a Grizzly near us. It made us realize once again that we are in its territory, and could have disturbed it. But we left quickly and made it back to the boat without incident. *From August 22nd, Harald Joe, elder and carver of the Cowichan First Nations, will carve an 8 meter long totem pole in front of the Globetrotter store in Cologne. After about 6 weeks, Cologne will have its first complete totem pole, which will find a permanent home in the Rautenstrauch-Joest Museum in 2014. From August until October 2013 there will be many events around the pole carving. Globetrotter has been supporting Wilderness International in its mission of protecting the Canadian wilderness for many years. 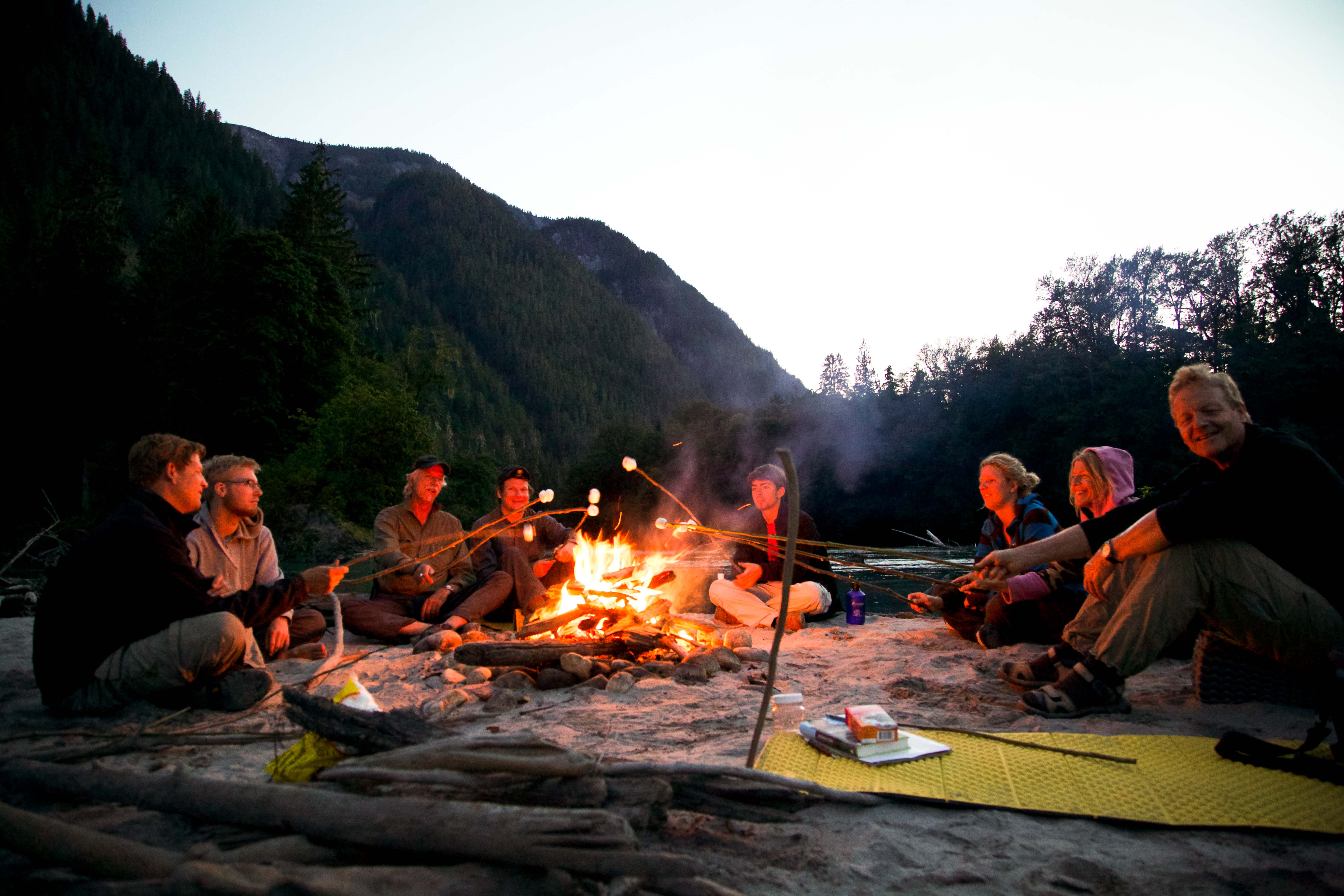 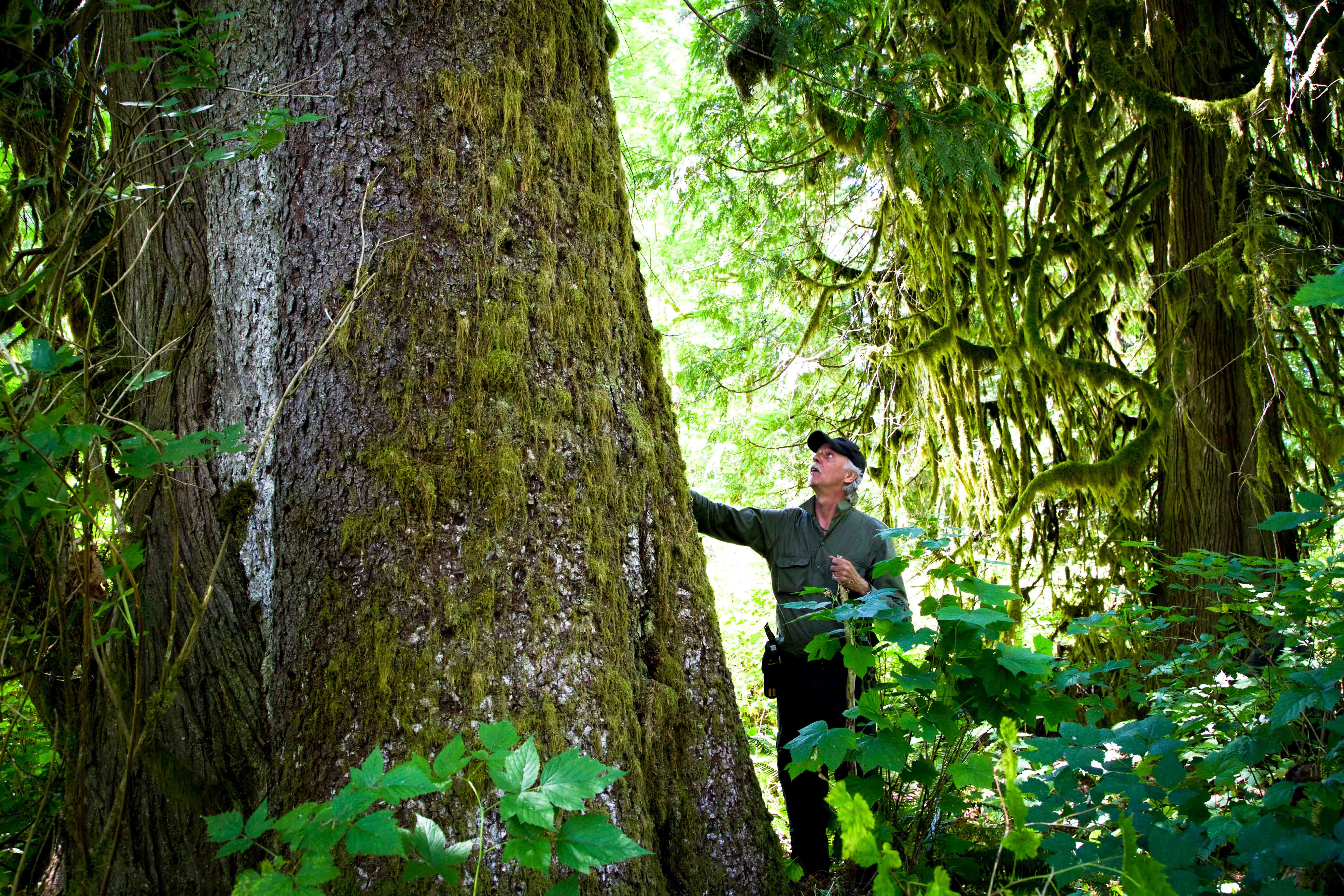 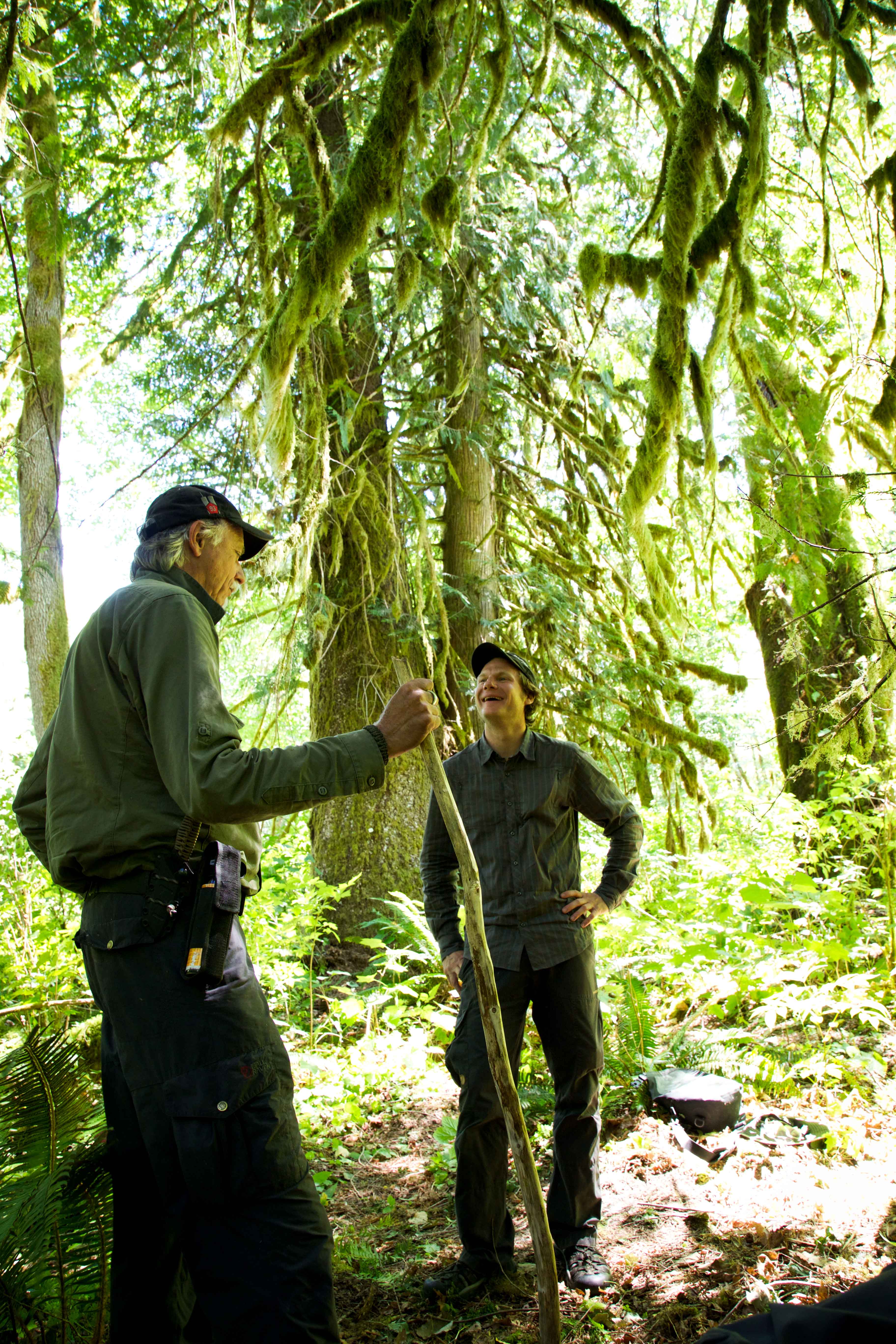 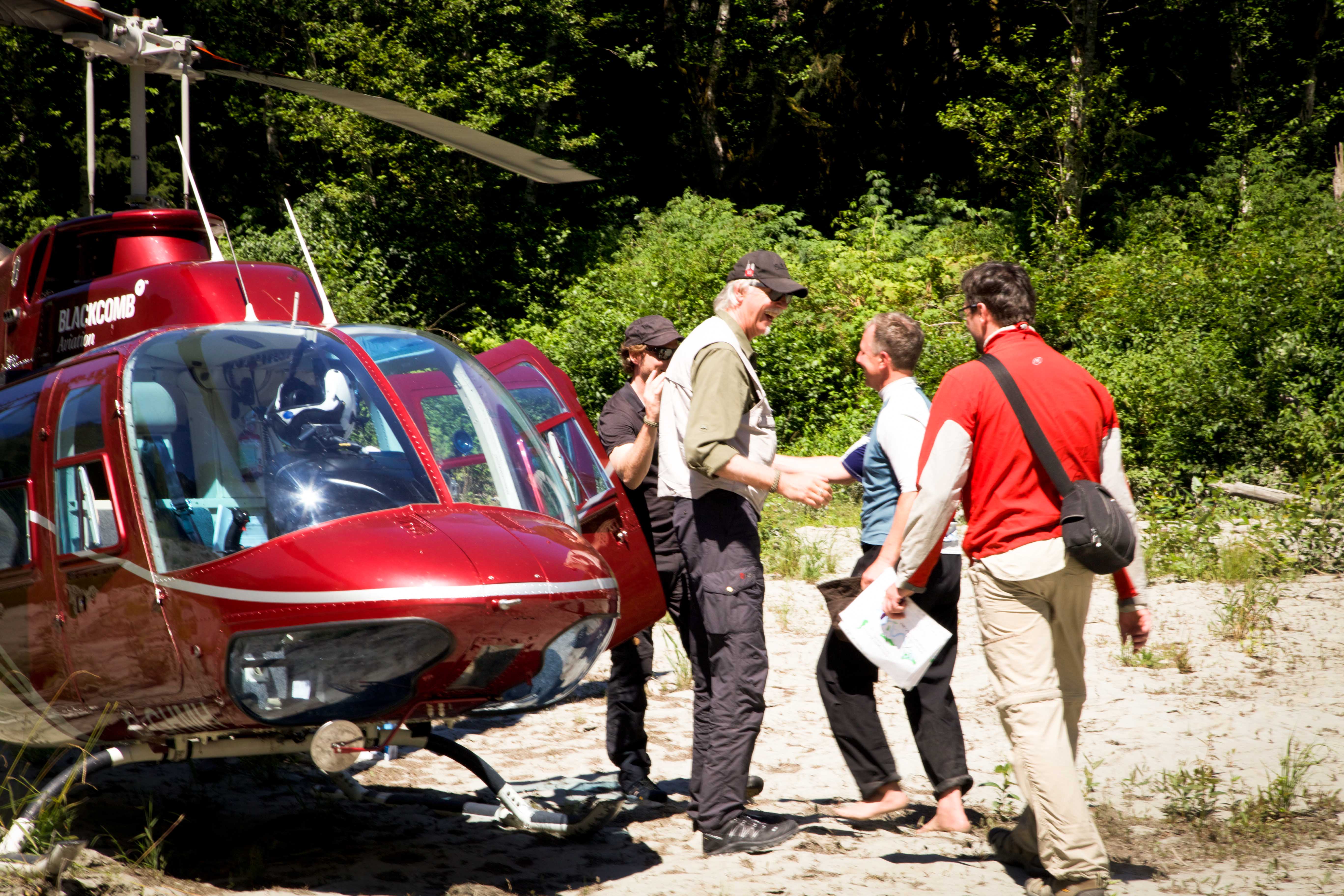 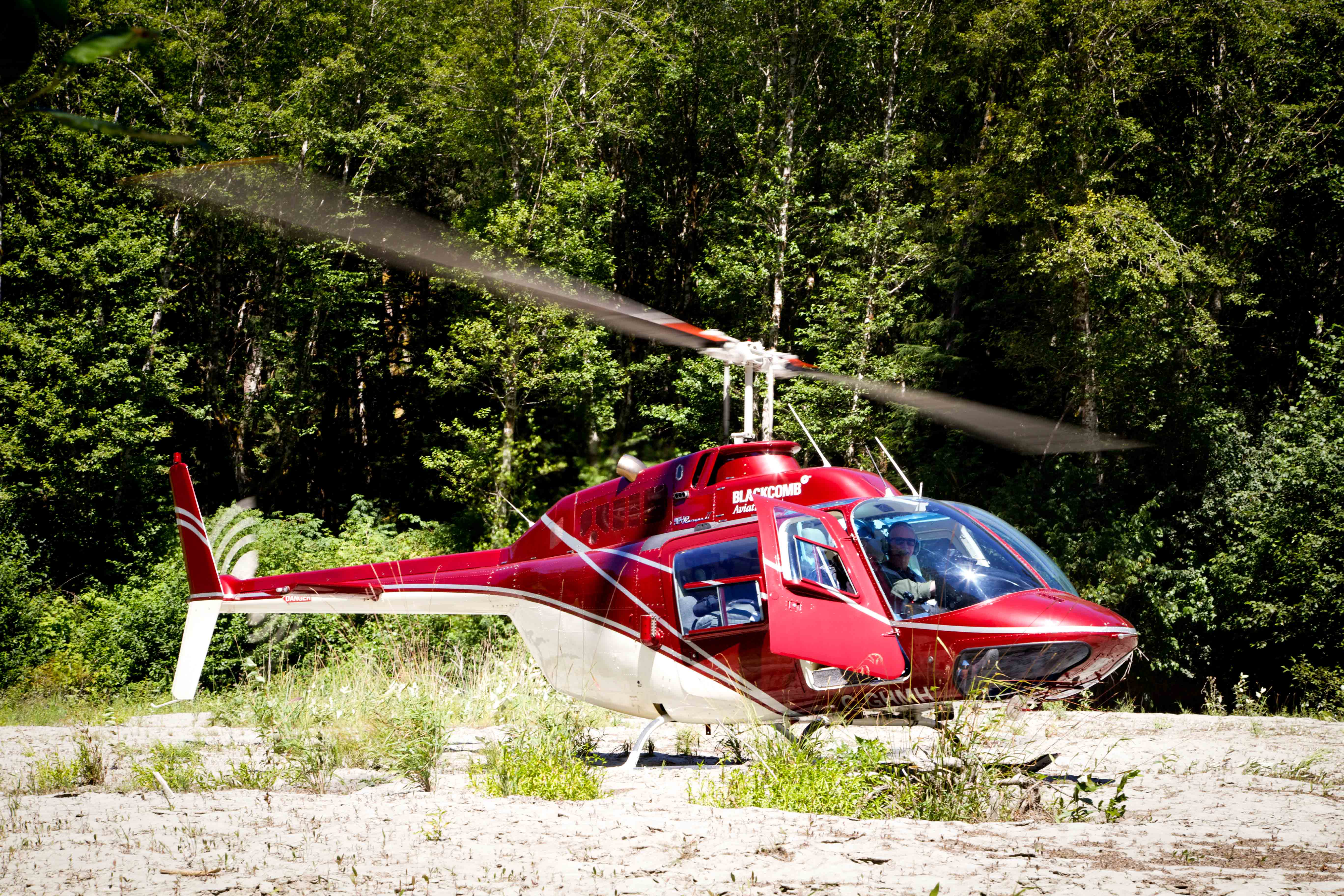 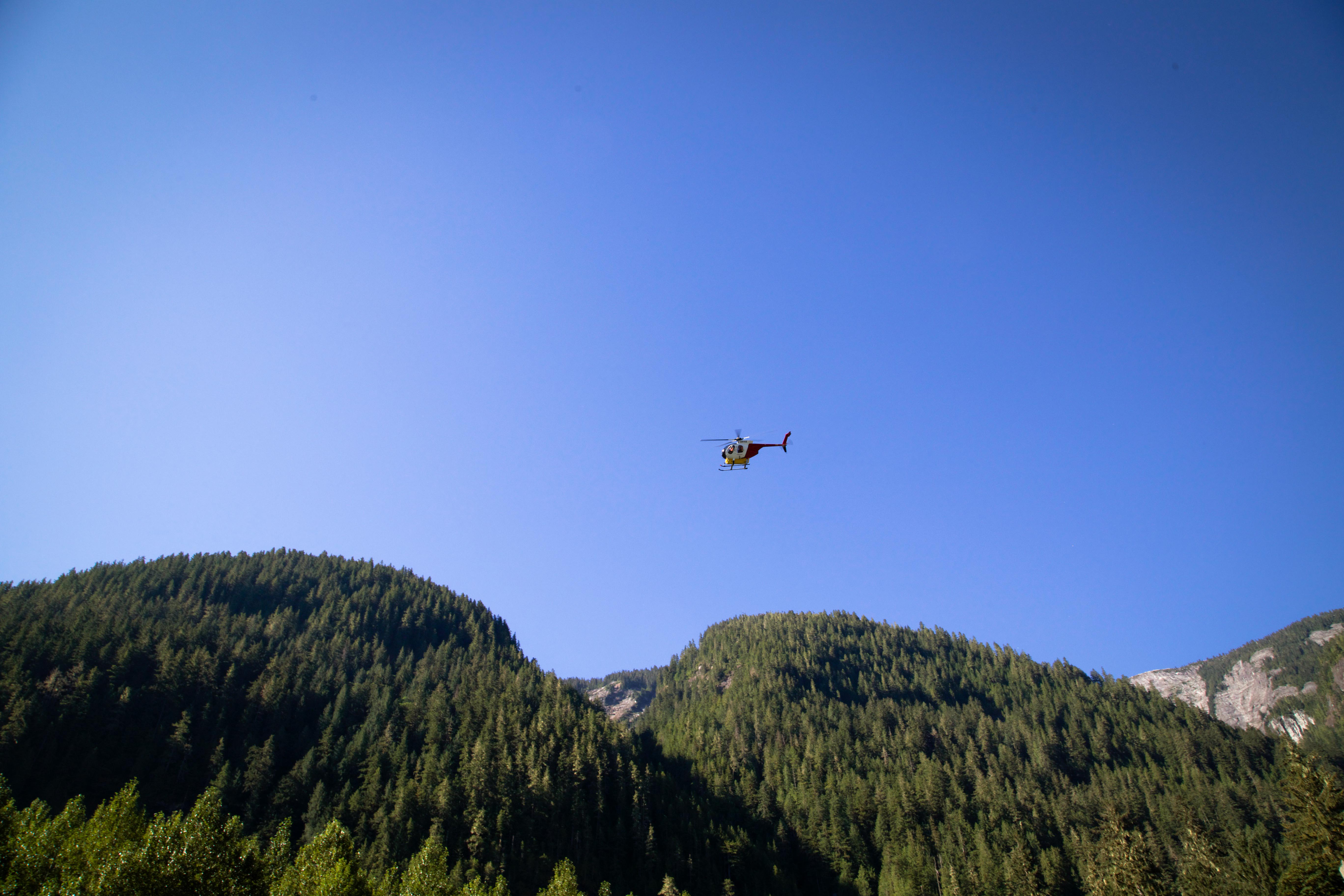 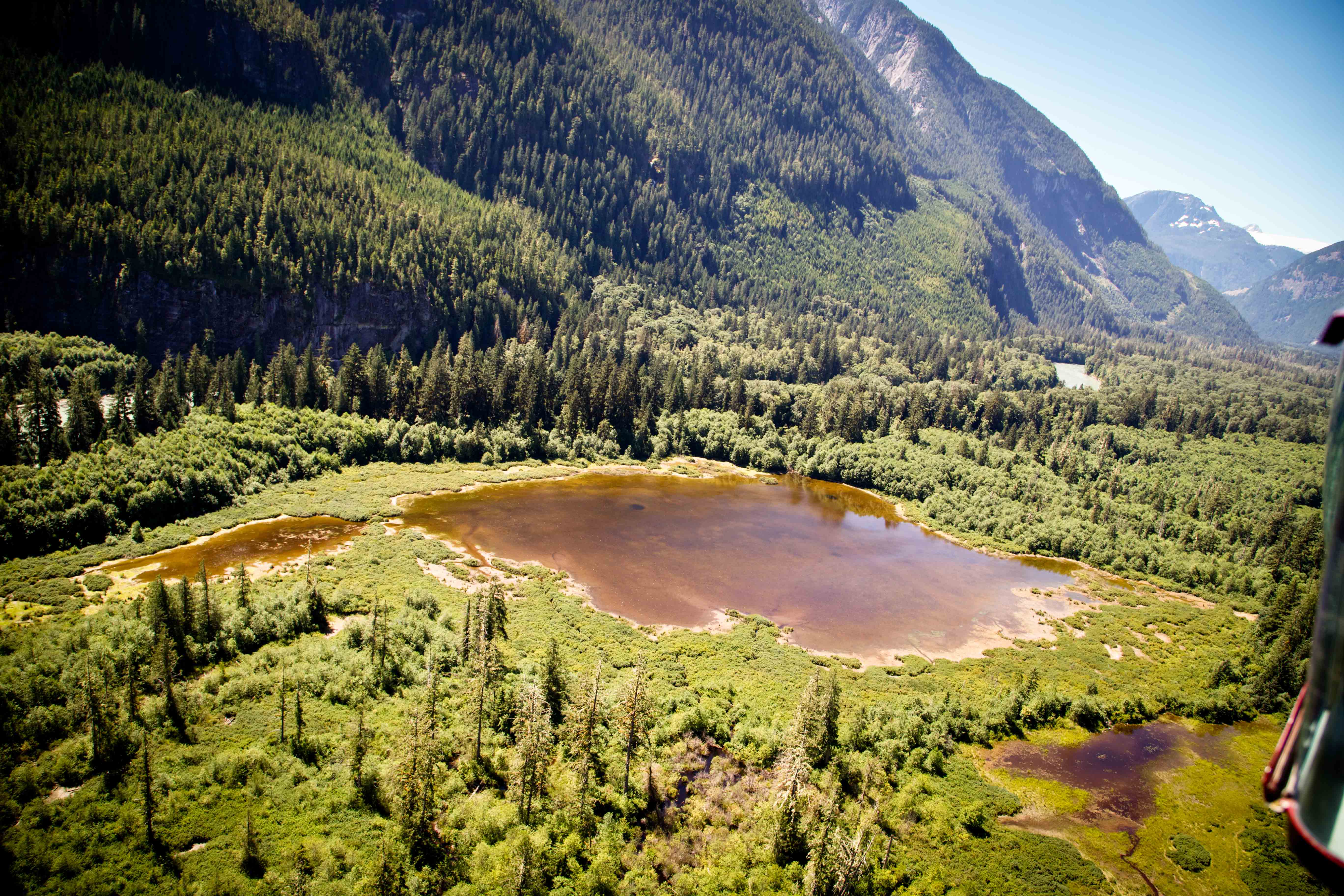 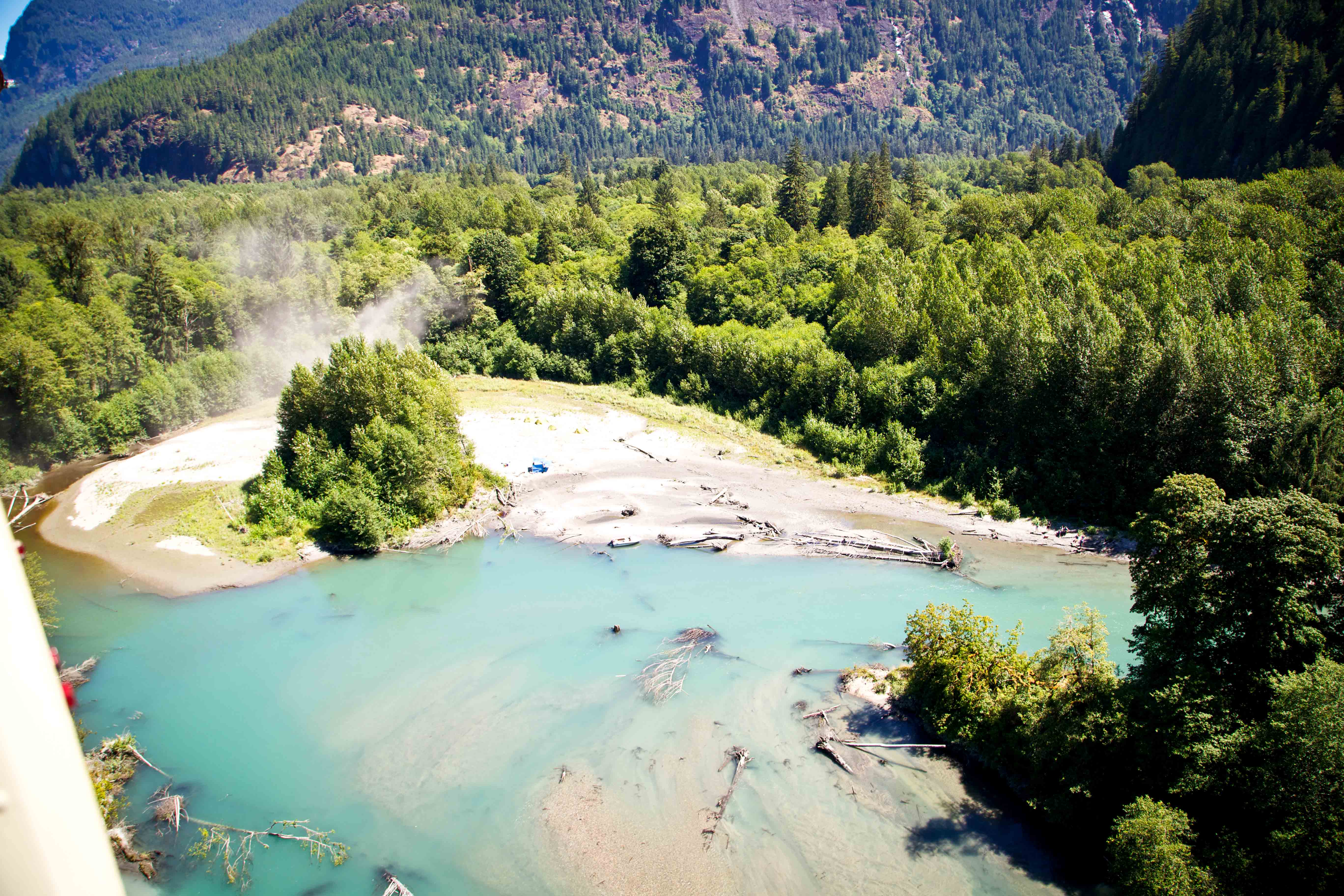 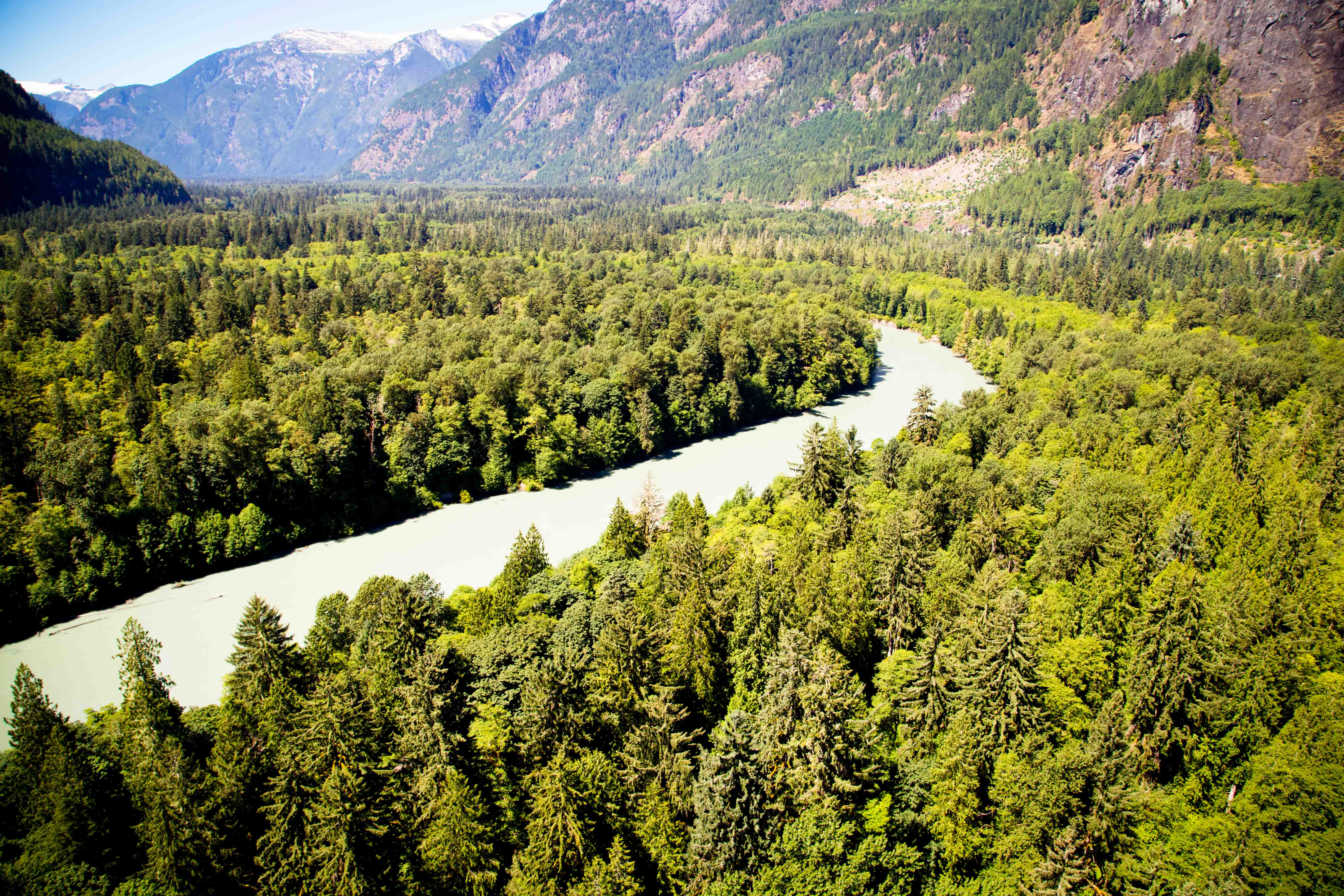